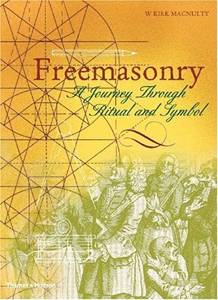 On Sunday, March 8, 2009, Masonic Central spent some time with Br. Kirk MacNulty who is the author of several Masonic books including Freemasonry: Symbols, Secrets, Significance

, Freemasonry: A Journey Through Ritual and Symbol

, and The Way of the Craftsman.

Br. Kirk has been an inspiration for many on the mystical ideas of Freemasonry and its deep rooted ties to the Renaissance and scientific revolution that followed.  But interestingly, his take on Masonic Mysticism does did not originate from the familiar sources that we associate with it today.  Also, we plan to explore the meaning and need of allegory and myth, as it pertains to the fraternity.

With perhaps in a more poignant tone, this episode talks about the reawakening of the new age idea and philosophy of the the development of the inner Temple and how that act is shaping the face of Freemasonry in the 21st Century.

Missed the live program?  You can listen to it now!