You are here: Home / Masonic Traveler / Is the age of Masonry Past? 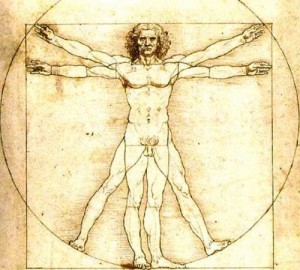 Often I wonder about the age of the fraternity.

Not so much the physical age in years, but the age of its being.  What I mean by that is the age of a Masonic existence in light of the age in which we live in today.  The reason this seemed relevant to me was that as we examine the landscape of society, with its myriad of organization (both non profit and philanthropic) it seems that the age of the local community champion lodge has passed.  I’ll admit that this is a generalization, that “what is in one place is not in all places” but in those areas that are diverse and developed, it would seem that the effectualness of the lodge, as it is presently configured, pales in comparison to the broader reach of the community in general.  So the question that arises in my mind is if the drop in membership is something more than merely a drop of knowledge in the fraternity?

Stephen Dafoe, in an article written last year for the Journal of the Masonic Society (issue 2 autumn 2008) indicated that the problem was not a matter of poor showing, that many men were coming to the doors of the lodges, but that the problem was retention.  Of those that did come, that the attrition rate was significant of those who returned, that the drop in membership was higher in Non Paid Dues and Suspensions for Not Paying Dues than in the completion of the degrees region wide.   The study was on a very narrow slice of North American Masonry, but I think you can extrapolate the data to suggest a wider, more endemic issue, that once new members come, only a very small portion return year after year.

In the past, I’ve talked about the various reasons that some attribute to this: the lack of openness, the disparity in age,  the degree of interest of those already in attendance, or the degree of which the aspirant to the west gate is prepared or ready to be made a mason, that those who petition are not of the right caliber or quality for the degrees and naturally leave of their doing.

But as much as those have been the problems, my question turned back to society in general: has something changed in the modern society that has shaped the aspirants’ idea (or perception) of what the Masonic lodge “should be”, and when they get there.  Is it not what they expected?  If the latter then it is a good lesson on expectations that seldom are they met, but underneath the surface of that expectation, is there something missing that society is pre-engineering into their consciousness that they are just not seeing when they enter into our chambers?

I plan to explore these ideas in upcoming posts to see if we can break down some of the ideas and formulate some new ideas to bring to the public forum.  But before we can do that, I’m curious to know what you think.  Is the drop of membership representative of something more?  Is there a societal or sociological change in modern day that is different than it was 6o years ago?

Next up – Society vs. Sociological perceptions