You are here: Home / The Euphrates / Episcopalians Challenge the Inerrancy of the Bible

Disclaimer: this article is intended to provide information and perspective on a current event. This article is not meant to be a persuasive piece supporting any particular position, it is only meant to stimulate the contemplation of the subject discussed within. 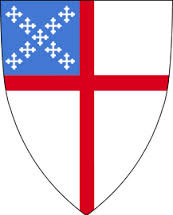 Last week, the Episcopal Church in the United States decided to give its bishops the freedom to bless (and now perform) same-sex marriages. This decision will likely cause further deterioration of the relationship between the Episcopalian Church and the world-wide Anglican communion. However, it is the effect that this event may have on traditional Christian beliefs that makes it interesting.

Many beliefs have developed among modern Christians that can seem questionable when compared with the teachings found in scripture. Some ministers have taught that the ten commandments are no longer applicable because Jesus gave a new law to love one another when Jesus himself said, “Do not think that I have come to abolish the Law or the Prophets; I have not come to abolish them but to fulfill them.” (Matthew 5:17) Some churches have given a specific date for the second coming when Jesus said “No one knows about that day or hour, not even the angels in heaven, nor the Son, but only the Father.” (Matthew 24:36) But no decision by the church has ever been so clearly in conflict with the Christian scriptures as the decision to allow same-sex marriages to be blessed by the church.

You shall not lie with a male as one lies with a female; it is an abomination.
Leviticus 18:22

Of course, the ultimate Biblical passage that teaches its followers that homosexuality is a terrible sin is the graphic story of those infamous cities Sodom and Gomorrha.

The question here is, “If churches bless same-sex marriage, shouldn’t they just erase these verses from the Bible?” After all, to teach the inerrant nature of the Bible to your members and then turn around and bless an action clearly forbidden by that same divine publication seems to be a bit hypocritical.

The truth of the matter is that it doesn’t matter what the church’s stance is on the issue of gay marriage as long as its teachings are consistent. As society becomes more accepting of homosexuality and church’s strive to attract younger members in order to fill their diminishing ranks, it is inevitable that homosexuals will find a more comfortable pew in which they can sit. But if the church is going to contradict the scriptures that it calls holy, it should at least teach its members that the scriptures aren’t quite perfect.

It should be interesting to see how the actions of the Episcopal Church affect the Christian church as a whole. Will other denominations cling to their traditional beliefs and the perfection of the Bible as their members leave to find more progressive religious movements? Or will they forsake their current perspective of the Bible in favor of giving their members the freedom to read, interpret, and follow the holy scriptures as they please?

END_OF_DOCUMENT_TOKEN_TO_BE_REPLACED

Raised to a Master Mason in 1908, at Harmony Lodge No. 17 in Washington, DC, Carl H. Claudy  served as the Master and eventually as Grand Master of Masons … END_OF_DOCUMENT_TOKEN_TO_BE_REPLACED

In this final installment of the Faith Hope and Charity series, we consider the symbolism of charity, or perhaps better called love. It is this attribute that … END_OF_DOCUMENT_TOKEN_TO_BE_REPLACED

In this installment of the Symbols and Symbolism of Freemasonry, we examine the text of Albert Mackey's Encyclopedia of Freemasonry on the symbolism of … END_OF_DOCUMENT_TOKEN_TO_BE_REPLACED

In this installment of the Symbols and Symbolism of Freemasonry, we consider a reading of Albert Mackey's text on the subject of Faith as it pertains to … END_OF_DOCUMENT_TOKEN_TO_BE_REPLACED