You are here: Home / The Bee Hive / PHA Conference Of Grandmasters Website 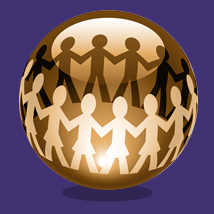 One of the interesting items that Grand Master Wilbert M. Curtis introduced us to at our summer Grand Session of PHA Texas was the new Conference of Grand Masters PHA website.  It is really quite well done.

There are two interactive maps where you can slide your cursor over a state and it will show you the Grand Master of that state or territory with his picture, website and E-Mail address.  Another map will do the same thing for Grand Matrons and Grand Patrons .  Both maps are also broken down into Regions and each Region is also part of the information included in a visit to each state.

When the Grand Masters meet, the Grand Matrons and Grand Patrons also meet at the same time and place.  Including the women with the men in joint but separate gatherings is a constant theme in Prince Hall Masonry.  Not so on the Mainstream side.

The website has a center picture which changes, a touch of Masonic art and symbolism and good color.  It also has a fair amount of information.  You can learn about the origin of Prince Hall Masonry and the origin of the Adoptive Rite among Black women.  Another click will show you all the Grand Lodge websites list alphabetically. Other tabs will bring you to PHA charities and to other Masonic links.

The Prince Hall Site gives you the feeling of some tight bonding among the different jurisdictions.  It also sets a definite agenda while at the same time allowing some time for position papers.

Taking a look at the Mainstream Conference of Grand Masters of Masons in North America, Inc. I see a site that doesn’t seem to want to show off Masonry, doesn’t emphasize togetherness, is less informational and not quite so elegant.

Contrast the two for yourself and see if you come to the same conclusions.

END_OF_DOCUMENT_TOKEN_TO_BE_REPLACED

Raised to a Master Mason in 1908, at Harmony Lodge No. 17 in Washington, DC, Carl H. Claudy  served as the Master and eventually as Grand Master of Masons … END_OF_DOCUMENT_TOKEN_TO_BE_REPLACED

In this final installment of the Faith Hope and Charity series, we consider the symbolism of charity, or perhaps better called love. It is this attribute that … END_OF_DOCUMENT_TOKEN_TO_BE_REPLACED

In this installment of the Symbols and Symbolism of Freemasonry, we examine the text of Albert Mackey's Encyclopedia of Freemasonry on the symbolism of … END_OF_DOCUMENT_TOKEN_TO_BE_REPLACED

In this installment of the Symbols and Symbolism of Freemasonry, we consider a reading of Albert Mackey's text on the subject of Faith as it pertains to … END_OF_DOCUMENT_TOKEN_TO_BE_REPLACED