You are here: Home / The Bee Hive / Loss Of Tax Exempt Status Would Hurt American Freemasonry

The United States is still in the middle of the longest and deepest recession since the Depression of 1929. As unemployment seems to be stuck at close to 10% government tax revenues are down everywhere. The Federal government has borrowed some serious money from China.  Some state governments are in serious trouble, teetering on the verge of bankruptcy. California has, at times, issued I.O.U.’s in lieu of payment.

It is times like these that the government looks around for creative ways to finance itself. It cannot forever continue to borrow money, for lenders get nervous when the debt is substantial. It can come up with additional taxes, perhaps hidden so they are less noticeable if it is willing to endure the ire of American taxpayers.  Or government can close “loopholes” which translates into taking back discounts, privileges and exemptions.

As a member of a small Lodge that is filing for 501©3 tax status I have to wonder what would happen to American Freemasonry if the government removed all charitable and nonprofit status from it? No more 501©3 or other like exemptions, no more nonprofit status, no more special treatment.  Of course if this were undertaken Freemasonry would not be the only target.  Other like groups would suffer the same consequences as well as perhaps houses of worship.

If you think that is a far fetched idea that would never happen, then you need to know what has just happened to New Zealand Masons. After a year long battle New Zealand Freemasonry has given up fighting the government over the loss of its tax exempt status which it has held continuously since 1933. 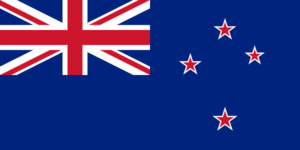 Freemasons New Zealand appealed to the High Court last month, arguing that the Grand Lodge’s primary activities were “beneficial to the community” and therefore charitable.

As well as directly charitable activities such as university scholarships (which the commission conceded were charitable), the lodge also teaches public speaking and lessons on ethics to its members, which it argued should also be considered charitable.

Acting for the Crown, Tania Warburton argued that many of the activities of the Grand Lodge were primarily for the benefit of its members, not the entire community. She said its membership, limited to men over the age of 21 who reached the rank of master mason, was too exclusive for a charity.

Judge Simon France rejected the Freemasons’ appeal. He concluded that the activities of the Grand Lodge, and freemasonry in general, “do not benefit the public other than indirectly and intangibly by seeking to produce members who are better citizens”.

Laurence Milton, the grand secretary for Freemasons New Zealand, said the decision meant the Grand Lodge would have to apply for separate charitable status for its Fund of Benevolence, which did most of its charitable work.

The administration and other activities of the Grand Lodge would now be subject to tax.

You can read the rest of that story here.

I can see it know.  A high level prosecutor brings American Freemasons into court and charges them with primarily benefiting their own members.  Furthermore he or she charges that most of these benefits do not apply to children or women.

Once the door is opened for the removal of tax exempt, nonprofit status from American Freemasonry it might also open the door for the filing of discrimination and Civil Rights suits because membership is only available to men.  Now wouldn’t that be a bloody awful mess?

END_OF_DOCUMENT_TOKEN_TO_BE_REPLACED

In this final installment of the Faith Hope and Charity series, we consider the symbolism of charity, or perhaps better called love. It is this attribute that … END_OF_DOCUMENT_TOKEN_TO_BE_REPLACED

In this installment of the Symbols and Symbolism of Freemasonry, we examine the text of Albert Mackey's Encyclopedia of Freemasonry on the symbolism of … END_OF_DOCUMENT_TOKEN_TO_BE_REPLACED

In this installment of the Symbols and Symbolism of Freemasonry, we consider a reading of Albert Mackey's text on the subject of Faith as it pertains to … END_OF_DOCUMENT_TOKEN_TO_BE_REPLACED

In this edition of Freemason Information’s Symbols and Symbolism we consider, together, the four cardinal virtues of Freemasonry as gathered form Albert … END_OF_DOCUMENT_TOKEN_TO_BE_REPLACED