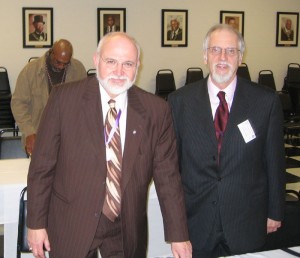 I first met Dr. Bro. Robert Uzzel three years ago at a Grand Session of the Prince Hall Grand Lodge of Texas. Later I had a more in depth conversation with him at a Phylaxis Convention. Brother Uzzel came over to Prince Hall from the Grand Lodge of Texas in 1981. He has a Doctor of Philosophy Degree from Baylor University. He has taught religion and history at various Dallas area colleges and at one time was chairman of the religion department for Paul Quinn College. He has also spent some time as a Texas state social worker. And since 1975 he has been a minister in the African Methodist Episcopal Church. He served for awhile as Grand Historian for the Prince Hall Grand Lodge of Texas. Plus he is also an accomplished author. 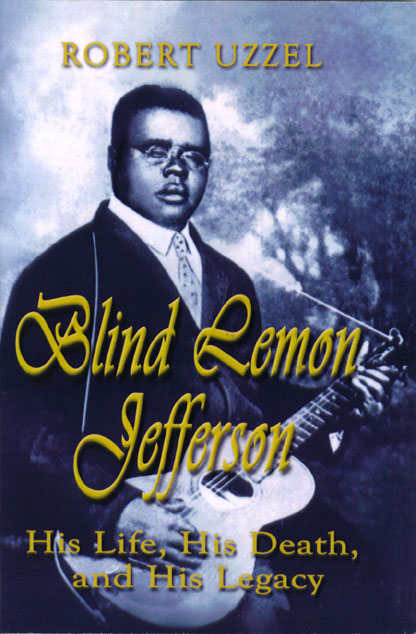 Last year I reviewed Uzzel’s book, Prince Hall Freemasonry In The Lone Star State. This time around I am taking a look at his book, “Blind Lemon Jefferson.” It is not a Masonic book, rather a look at early 20th century Texas history and a mirror into the African American community of that time. It also heralds a great man and a trail blazer in the development of American Blues music. Without Uzzel’s comprehensive work on the life and legacy of Blind Lemon Jefferson, it is possible that this first successful blues recording artist would all but be forgotten outside the music community.

Blind Lemon’s peers, protégés, successors and performers in other musical strains all pay him due respect, however. Other great blues performers that followed him, T-Bone Walker, Josh White, Texas Alexander, Smokeyy Hogg, Lonnie Johnson, Sam ‘Lightnin’ Hopkins and even Bessie Smith bear his imprint. He is also said to have influenced Harry James, Benny Goodman, Bix Beiderbecke, Louis Armstrong and Tommy Dorsey. Bunk Johnson and Jelly Roll Morton paid him tribute in the development of their styles.

The 1960s saw resurgence in Blind Lemon’s music, with such artists as Buddy Holly, Janis Joplin, Johnny Winter, Steve Miller and Ray Orbison adopting some of his music and/or style.  Especially enamorate of Blind Lemon was Bob Dylan who recorded Lemon’s See That My Grave Is Kept Clean.

“Dylan, future king of folk-rock and poet for the social activism of the 1960s, was also described as part of that same tradition begun so eloquently by Blind Lemon. And indeed, while listening to Lemon Jefferson’s 1920 recordings, it is difficult not to hear traces of a young Bob Dylan some forty years later. The distance from the bottomlands of Central Texas to the folk clubs of Greenwich Village and from the country blues to rock ‘n’ roll is a short one.”

Carl Perkins performed a rockabilly version of Lemon’s “Matchbook Blues,” the Beatles recorded an adaptation of the same song and Elvis did the “Teddy Bear Blues.” And the rock group Jefferson Airplane, aka Jefferson Starship, paid Blind Lemon the ultimate tribute by naming themselves after him.

Even the great BB King acknowledges that he got a lot of his “stuff” from Blind Lemon.

There are many different kinds of blues. Blind Lemon’s was a country style. No piano or band accompaniment for him. His work is often called a “holler.” Uzzel tells us that Blind Lemon sang the Texas blues,

“rooted in the Central Texas soil, characterized as having a great deal of ‘moaning and droning’ but as less percussive and with lighter emphasis on individual notes than the Delta blues.”

“The music of Blind Lemon Jefferson was an expression of archaic or country blues. This style, which is regarded as the first phase of the blues as an established form, is characterized by non-standardized forms, unamplified guitar, and spoken introductions and endings. At times, country blues performers were known to use ostinato patterns in the guitar accompaniment, bottlenecks on the frets of the guitar, and rough, growling tones, with falsetto voice used for contrast or emotional emphasis. This style stands in contrast to the classic or city blues style, which developed during the 1920s and was characterized by standardized form with regular beginnings and endings and two or more instruments in the accompaniment.”

Uzzel comprised material for this book over many years – decades. That gave him the opportunity to interview hundreds of people who knew Blind Lemon or had talked to him at one time or were influenced by him, adding a reality to the book that would have been missing without them. You will find pictures of some of these interviewees included in this work. Uzzel chronicled the effort to provide a new headstone for Blind Lemon’s grave and the effort for other historical recognition of which he was often a part of. He attended the 2001 Blues Festival in Wortham, Texas, Blind Lemon’s birthplace. There is much merit to be said for 30 years of research.

Blind Lemon Jefferson by Robert Uzzel is a well written, well documented book by an author who has a keen insight into the African American community and who has the knowledge, training and expertise in the fields of religion and history. Rather than a personal adulation of a music fan, this book is a factual representation of reality – a glimpse into the early 1900s, especially of those who were struggling, and a tribute to an icon of the music world whose legacy will now live on. Thanks to Robert Uzzel, well done!

END_OF_DOCUMENT_TOKEN_TO_BE_REPLACED

Raised to a Master Mason in 1908, at Harmony Lodge No. 17 in Washington, DC, Carl H. Claudy  served as the Master and eventually as Grand Master of Masons … END_OF_DOCUMENT_TOKEN_TO_BE_REPLACED

In this final installment of the Faith Hope and Charity series, we consider the symbolism of charity, or perhaps better called love. It is this attribute that … END_OF_DOCUMENT_TOKEN_TO_BE_REPLACED

In this installment of the Symbols and Symbolism of Freemasonry, we examine the text of Albert Mackey's Encyclopedia of Freemasonry on the symbolism of … END_OF_DOCUMENT_TOKEN_TO_BE_REPLACED

In this installment of the Symbols and Symbolism of Freemasonry, we consider a reading of Albert Mackey's text on the subject of Faith as it pertains to … END_OF_DOCUMENT_TOKEN_TO_BE_REPLACED