You are here: Home / Masonic Traveler / Services and remembrance for Br. Nelson King

This was posted in the Canadian Mason Yahoo Group 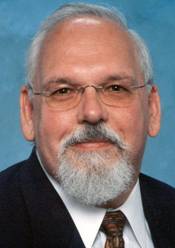 Born June 13, 1945 in Montreal, received his primary education in Perth Ontario, and graduated from Banting Institute, University of Toronto, 1967. Married to Ellen, and has two children, Christopher, and Victoria and two granddaughters. Nelson was appointed Assistant Editor in 1992 and Editor in August 1994 of The Philalethes Society Journal of Masonic Research and Letters, the first non-United States Citizen to hold these positions.

He is also only the second Mason to ever hold the position of President and Editor of The Philalethes at the same time. He retired as Editor in June 2009. Nelson is a well-known Masonic speaker, having spoken in the jurisdictions of Alberta, Arizona, California, Connecticut, Costa Rica, Cuba, The District of Columbia, Georgia, Indiana, Iowa, Jamaica [EC], Kansas, Kentucky, Louisiana, Massachusetts, Maine, Maryland, Minnesota, Missouri, New York, North Carolina, Nova Scotia, Ohio, Oklahoma, Ontario, Pennsylvania, Quebec, Texas, Virginia, and Washington.

Nelson was instrumental in the formation of the Masonic Relief for Cuba Committee. And he serves as the Executive Director of that program.

He is also one of the few Canadian Freemasons, listed in latest edition of the “Who is Who of Freemasonry.”

Br. King, you may remember, was a guest on Masonic Central in 2008 where he spoke with us about Masonic Scholarship, Cuban Freemasonry, International Freemasonry, and his work with the Philalathes Society. If you missed the original airing of the program, you can listen to the very informative podcast here.
[podcast]http://recordings.talkshoe.com/TC-19162/TS-147530.mp3[/podcast]

The notice, posted in the Toronto Star, is below:

KING, Nelson – Peacefully at Scarborough Grace Hospital on Wednesday, August 17, 2011, at age 66. Beloved husband to Ellen and loving father to Vicki and her husband Greg Rout. Grandfather to Rebecca and Sarah. Nelson received his primary education in Perth, Ontario and graduated from Banting Institute, University of Toronto in 1967. He was appointed Assistant Editor (1992) and Editor (1994) of The Philalethes Society Journal of Masonic Research and Letters, the first non-US citizen to hold these positions. He is only the second Mason to ever hold the position of President and Editor of The Philalethes at the same time. He retired as Editor in June 2009. Nelson was a well known Masonic speaker throughout North and South America and the Caribbean. His book “Confessions of a Born Again Fundamentalist Freemason” has become a Masonic Best Seller. Nelson was a member of the Grand Lodge of Canada, in the Province of Ontario and Honorary Member of the Most Worshipful Prince Hall Grand Lodge of Connecticut and was a member of a number of other Prince Hall Lodges. He has received many honors and awards throughout his lifetime. Friends will be received at the Ogden Funeral Home, 4164 Sheppard Ave. East, Agincourt (east of Kennedy Rd.) on Friday evening from 7-9 p.m. A Masonic Service will be held at 2 o’clock on Saturday, August 20, followed by a memorial gathering. In lieu of flowers, please sign your organ donation card or go online to the Trillium Gift of Life Network Organ and Tissue donation www.giftoflife.on.ca

END_OF_DOCUMENT_TOKEN_TO_BE_REPLACED

In this final installment of the Faith Hope and Charity series, we consider the symbolism of charity, or perhaps better called love. It is this attribute that … END_OF_DOCUMENT_TOKEN_TO_BE_REPLACED

In this installment of the Symbols and Symbolism of Freemasonry, we examine the text of Albert Mackey's Encyclopedia of Freemasonry on the symbolism of … END_OF_DOCUMENT_TOKEN_TO_BE_REPLACED

In this installment of the Symbols and Symbolism of Freemasonry, we consider a reading of Albert Mackey's text on the subject of Faith as it pertains to … END_OF_DOCUMENT_TOKEN_TO_BE_REPLACED

In this edition of Freemason Information’s Symbols and Symbolism we consider, together, the four cardinal virtues of Freemasonry as gathered form Albert … END_OF_DOCUMENT_TOKEN_TO_BE_REPLACED