You are here: Home / The Euphrates / Is it time for some national unity among Masons?

Recently, I attended an Entered Apprentice degree at a local lodge here in Kansas and was allowed to assist in conducting one of the candidates through the degree. It was an experience that I greatly appreciated and enjoyed. Degree work has been my favorite part of being a Freemason since I was raised to the sublime degree and I hadn’t witnessed any degrees in a couple of years.

I was thoroughly enjoying the experience when the new Brothers entered the lodge room to receive the lectures when my enthusiasm suddenly disappeared. The two Brothers were positioned in front of a television screen where they watched a video of a man giving the lectures. 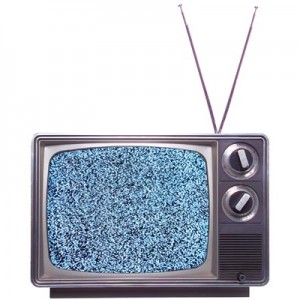 I had heard rumors from different places throughout the country that some lodges had been using such methods, but I honestly regarded them as a dirty rumor. This was not the impressive and solemn degree conferral that these new Brothers deserved. So, I decided to get involved and talked to the lodge’s leadership after the degree. I explained that I knew nearly all of the lectures by memory. The only issue is that I had memorized South Dakota’s ritual. I was sure that it wouldn’t be a problem. I had seen Brothers from other states give lectures before with the appropriate level of approval. Why would this be any different?

Unfortunately, in this situation I was told that I must give the lectures straight from the Kansas ritual. Only being slightly disappointed by this, I decided to learn the lectures. However, I was not ready for how difficult it is to re-learn a lecture with a slightly different cadence and verbiage.  I am still working on that little project, but my motivation has waned. I realized that I do not plan on living in Kansas for a long time and that eventually, I will have to learn some other state’s ritual. It is a lot of work just to learn a new way to convey the same information, especially since every Masonic lodge in the U.S. could receive some greatly needed assistance if a few Grand Masters would get together and have a little conversation about this subject.

In a world where people move long distances and rarely stay in one place throughout their whole life, why can we not perform another state’s ritual in our lodges? Now, some would say “We can’t have a nationalized ritual!” I am not so naive to think that this would be a simple undertaking. We wouldn’t develop a solution to that in a century. What I’m proposing is that when one grand lodge recognizes another as regular and recognized, that it also accepts that grand lodge’s ritual as being acceptable to be performed in that state.  It is a simple concept (that I’m sure would meet resistance) that could make a huge difference. I have met a number of Freemasons that have moved to another jurisdiction during their Masonic career and had to give up administering a lecture solely because they were in another state. In many of those instances, the new lodge that they were attending was in need of someone new to give that same lecture!

I think that this little bit of national unity among Masons is a very reasonable proposal.