– Our actions are based on our perceptions and sense of morality. 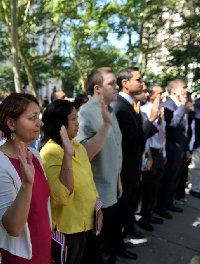 This is Part 3 in my series on “Morality” as derived from my new eBook “Stand Up for MORALITY.”

In Part 2 we defined what Morality is and described its properties. Here, in Part 3, we will discuss how Morality affects our culture.

HOW DOES IT AFFECT US?

As mentioned, morality is aimed at improving the interaction between humans by defining how we should treat each other in a common manner. One must remember our actions are based on our perceptions and sense of morality. This means there are two variables: perceptions and morality.

Our perception of reality influences our actions. For example, we dress according to how we believe the weather will be; if we believe it will be cold, we will wear a warm coat, but if our perception is wrong, that the weather is actually quite hot and humid, wearing a warm coat would be considered a foolish decision. A false perception of reality can be caused by such things as attention deficit disorder (easily distracted), or by our own sense of self worth (ego). Having worked in the computer field for a number of years I can tell you authoritatively, if the input is wrong, everything else that follows will be wrong. Even if a computer’s processing logic is correct, the resulting output will be wrong. The human being is no different. Even if we have competent mental faculties, if we do not perceive a situation correctly, we will act incorrectly.

Assuming our perceptions are correct though, the mind then determines the morality of the situation and devises a decision or course of action, be it moral or immoral. What happens though when you find yourself in unchartered waters, where no laws, rules, and regulations have been written or are applicable to a specific situation? You must rely on your moral compass, your sense of “Natural Law.”

Morality may also be linked to some local customs which date back in time. For example, the interpretation of crime and punishment varies around the world, particularly in the area of capital punishment. Some cultures accept the death penalty, others do not. The forms of execution may vary as well. This means moral values may change from culture to culture. Incompatibility is one of the reasons that cultures cannot exist in the same place at the same time. Each needs its own space. This is not to say they can never interact. In fact they do, particularly in geographical buffers located between cultures who may use elements of both.

Government is morality in action, as it represents the laws, rules, and regulations of a body of people, thereby representing their interpretation of right and wrong. To learn about government, politics and law, is to learn morality. The founding fathers felt strongly about this. So much so, in 1828 the text book, “Elementary Catechism on the Constitution of the United States” by Arthur J. Stansbury, was introduced to teach students government and morality. Having the students learn their rights and freedom was considered important in the early days of this country.

All political problems are based on morality. Consider the issues of such things as: Welfare, Gun Control, Marriage, Abortion, Environment, Taxation, National Debt, Crime and Punishment, etc. Some people strongly believe government exists to serve the people. Others believe just the opposite, that the citizens are subservient. All of these topics involve an interpretation of morality, what is right and what is wrong.

Moral values may evolve over time. For example, in the early days of America (1600’s-1700’s) many Protestants viewed the fiddle as an instrument of the devil, particularly if it led to dancing, which was considered sinful. Such attitudes have, of course, disappeared over the years. Today, we embrace “political correctness” (P.C.) which consists of language, ideas, and behavior constrained by perceived social concerns for offending various groups of people. Such expressions may change over time. For example, smoking and offering a cigarette was considered commonplace behavior. Now, thanks to P.C., smoking is a taboo and smokers are ostracized.

NEXT TIME: In Part 4, we will discuss how Morality is taught and learned.

NEXT UP:  STAND UP FOR MORALITY (PART 4 OF 8) – The observation of consequences (reward and punishment) is an important part of learning moral values.

LAST TIME:  STAND UP FOR MORALITY (PART 2 OF 8) – Morality is a COLLECTIVE concept which defines us as a culture.

END_OF_DOCUMENT_TOKEN_TO_BE_REPLACED

Raised to a Master Mason in 1908, at Harmony Lodge No. 17 in Washington, DC, Carl H. Claudy  served as the Master and eventually as Grand Master of Masons … END_OF_DOCUMENT_TOKEN_TO_BE_REPLACED

In this final installment of the Faith Hope and Charity series, we consider the symbolism of charity, or perhaps better called love. It is this attribute that … END_OF_DOCUMENT_TOKEN_TO_BE_REPLACED

In this installment of the Symbols and Symbolism of Freemasonry, we examine the text of Albert Mackey's Encyclopedia of Freemasonry on the symbolism of … END_OF_DOCUMENT_TOKEN_TO_BE_REPLACED

In this installment of the Symbols and Symbolism of Freemasonry, we consider a reading of Albert Mackey's text on the subject of Faith as it pertains to … END_OF_DOCUMENT_TOKEN_TO_BE_REPLACED