Does your business promote or squelch idle gossip?
BRYCE ON MANAGEMENT 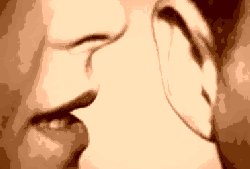 I have a problem with gossip in the office but I think we are all guilty of some infraction of it at some time or another. Petty gossip is one thing, viscous slander is something else altogether. Not surprising, there is a lot of misinformation floating around in an office regarding people and corporate direction. We often hear of rumors of people bucking for a certain job, looking to leave and join a competitor or customer, to sabotage a key project, or that the company is going to down size or outsource the operations to Timbuktu. Naturally, such rumors can put a damper on employee morale, making it harder to concentrate and see assignments through to completion. Managers should be sensitive to rumors and squelch them as soon as possible. If not, productivity will suffer. To do so, the manager should always keep in ear open as to what is being said around the water cooler or lunch table. Meeting with key members of the staff periodically for a drink after hours can also be useful for detecting what is being said as well as to build camaraderie and trust with the staff.

Perhaps the best way to overcome gossip in the office is for the manager to keep an open line of communications with his workers. This means the manager must be viewed as approachable and trustworthy by the staff. In addition to an open door policy, managers should hold routine meetings and issue memos on what is going on. This can be done through such things as bulletins, e-mail or a private departmental discussion group. But if the manager maintains a closed-door policy, rumors will inevitably circulate.

If rumor control is left unchecked, it can turn particularly nasty. No doubt we have all met people who are past masters at spreading rumors for political maneuvering. Some people thrive on political back stabbing which, unfortunately, I believe is a part of the fabric of our society. If it were not so, we wouldn’t have the tabloid media which thrives on drama, intrigue, and innuendo.

Like it or not, office rumors affect the corporate culture. We can either have peace and tranquility through open communications, or a lot of backbiting and finger-pointing. Interestingly, I have met managers who prefer the latter and use it as a means to set one employee against another in order to determine who is the stronger of the two. Kind of sounds like a new version of “American Gladiator” to me, and something I do not believe any of us signed up for when we were hired. As far as I’m concerned, there is no room in the office for malicious smear campaigns or character assassinations. Any manager promoting such an environment is simply an idiot and should be removed from power. But I have to be careful, it kind of sounds like I’m starting a rumor of my own doesn’t it?