You are here: Home / Featured / The Ashlar

In this installment of Symbols & Symbolism, we look at a reading from Albert G. Mackey’s Encyclopedia of Freemasonry, on the Ashlar – a symbol familiar to every individual made a mason.

More installments are available here under Symbols & Symbolism, and on YouTube. 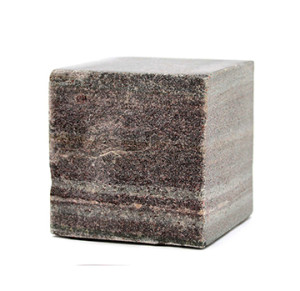 “Freestone as it comes out of the of the quarry.” – Bailey. In Speculative Masonry we adopt the ashlar in two different states, in the Apprentice’s Degree. The Rough Ashlar, or stone in its rude and unpolished condition, is emblematic of man in his natural state – ignorant, uncultivated, and vicious. But when education has exerted its wholesome influence in expanding his intellect, restraining his passions, and purifying his life, he then is represented by the Perfect Ashlar, which, under the skillful hands of the workmen, has been smoothed, and squared, and fitted for its place in the building. In the older lectures of the eighteenth century the Perfect Ashlar is not mentioned, but its place was supplied by the Broached Thurnel.

END_OF_DOCUMENT_TOKEN_TO_BE_REPLACED

Raised to a Master Mason in 1908, at Harmony Lodge No. 17 in Washington, DC, Carl H. Claudy  served as the Master and eventually as Grand Master of Masons … END_OF_DOCUMENT_TOKEN_TO_BE_REPLACED

In this final installment of the Faith Hope and Charity series, we consider the symbolism of charity, or perhaps better called love. It is this attribute that … END_OF_DOCUMENT_TOKEN_TO_BE_REPLACED

In this installment of the Symbols and Symbolism of Freemasonry, we examine the text of Albert Mackey's Encyclopedia of Freemasonry on the symbolism of … END_OF_DOCUMENT_TOKEN_TO_BE_REPLACED

In this installment of the Symbols and Symbolism of Freemasonry, we consider a reading of Albert Mackey's text on the subject of Faith as it pertains to … END_OF_DOCUMENT_TOKEN_TO_BE_REPLACED