You are here: Home / Tim Bryce / Bed Bugs and Our Changing World

– What is the true cause of our changing world and what can be done about it? 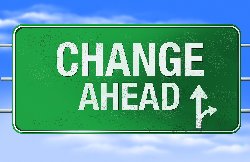 Adults rightfully view them as parasitic blood suckers, but lately our youth are now smoking and injecting them as a drug for a new high. Jaws typically drop when I mention this, but there are many other changes under foot. For example, there are changes in fashion, food, entertainment, management, and extreme sports. As to the latter, youth have embraced such dangerous sports as “Base Jumping” from fixed positions, “Wingsuit” flying, “Free Diving” to perilous depths, “Free Climbing” rock walls, and more. These are sports which were virtually unknown twenty years ago. I attribute their rise in popularity to computer video games which teaches our youth dangerous skills such as stealing automobiles, combat, and fantasy wars from Medieval times. Such programs lead to a false sense of invincibility as nobody is actually killed or injured. Computer “Fantasy Lands” also affects our sense of responsibility as people can kill, maim and perform mayhem without accepting any consequences. Such inspiration leads to extreme sports, quite often with injurious effects, if not death.

Drug use is also on the rise as America has a fifty year history grooming today’s drug culture. Make no mistake, the drugs of today are more potent than yesteryear. Marijuana alone is ten times stronger than what was smoked in the 1960’s. Crack and cocaine are much more prevalent today, as is heroin and just about everything else. The fact young people are now smoking Bed Bugs is indicative of how they yearn for the next great high.

Perhaps more disturbing is the rise of technology addiction. Have you ever noticed a store clerk not be able to make change without first consulting the register? Are people more inclined to do simple math manually or with the assistance of a computer calculator? Our proficiency in spelling and grammar is also deteriorating. Thank God for spell checkers, right? The Millennials today represent the digital generation, and certainly do not grasp analog.

There are several studies from around the world testifying to the addictive powers of technology, so much so it should be treated like a drug or gambling addiction. The University of Maryland’s “The World Unplugged,” is perhaps the most well known thesis as it describes the withdrawal symptoms young people suffered with when their technology was taken away from them. Other studies from South Korea, India, Africa, and the United Kingdom also provide evidence of the adverse effects of technology. Most disturbing, personal technology leads to robotic thinking and speaking, and a more callous behavior towards others, such as a lack of tolerance for opposing opinions, avoiding human contact, no sense of customer service, a general disregard for common courtesy, disrespect for authority, violent behavior, and an increase in anxiety disorders. When you couple this with a decline in parenting skills, also attributed to technology, ugly behavior patterns emerge, such as “Road Rage,” “Sports Rage,” and “Work Rage.” This leads me to conclude, “As the use of technology increases, socialization skills decrease.”

Technology addiction also allows others to do the thinking for us, something the entertainment, news, and political communities are keenly aware. Instead, people prefer parroting cliches as found on social media. By doing so, technology shapes the moral values of our young people and causes them to become more apathetic. According to a recent Gallup poll, we are experiencing a seismic shift in attitudes towards such things as sex between an unmarried man and woman, divorce, having a baby outside of marriage, gay or lesbian relationships, and using stem cells from human embryos. Further, according to several reports, cheating has become commonplace, not just in schools, but in the workplace. Not surprising, institutions supporting moral values are in decline, such as organized religion, Scouting, Little League, and fraternal organizations such as the Masons.

As the Gallup study points out, we have become more “socially liberal” over the last fifteen years and, consequently, are no longer willing to obey the law, respect authority, and be civic minded. It is all about “me,” not others, a rather narcissistic attitude. As a result, the basic fundamentals of our government are in jeopardy; such as accepting the basic precepts of our government, a Democratically elected Republic. Further, socialism is on the rise, and clashes with police are becoming more common as morality deteriorates.

I am inevitably asked what can be done to correct the problem. Actually, three things come to mind:

More importantly, learn to talk on the level. Thanks to technology, our discourse has become more visceral. There is also a widening generation gap developing whereby the elders of the community look suspiciously at the activities of youth, and youth regards their elders as dinosaurs from a bygone era, out of touch with today’s world. Frankly, one group doesn’t trust the other, making it difficult to work cooperatively. We must overcome this “Us versus Them” mentality and learn to respect the opinions of others. It’s called “tolerance.”

The elders have to walk a tightrope whereby they mentor the young, but not to the point of discouraging their ambition. What worked yesterday may be fine, but it is now a new time and era. Youth should listen carefully and develop a sense of history in terms of what worked in the past, and what didn’t. The elders may not grasp the latest technology, but they have suffered through many more experiences than their juniors.

One of the best ways to overcome the disparities between people is by conducting group discussions where a moderator leads the conversation. This can be done at your house of faith, in town meetings, neighborhoods, offices, homeowner and club meetings, schools and PTA meetings, or simple get-togethers. Using this article as a centerpiece for discussion is an effective catalyst for developing a dialog. A diverse mix of people should be included, making for a lively debate, which should never be allowed to become heated. Inevitably, the group will not always agree. Instead, ideas should be exchanged in a civilized and courteous manner where the participants try to understand the perspectives of others and why they think this way. Reason and logic are preferred in this regard, as opposed to cynicism and disparaging remarks.

However, before engaging in any such conversation, make it a prerequisite to turn off the technology.

The bottom line: there is indeed a link between our technology addiction and the deterioration of our society.

If you would like me to conduct a presentation in your area on “Bed Bugs & Our Changing World,” please do not hesitate to contact me. I recently conducted such a presentation in Western New York where the audience found it to be most illuminating.

“Is Personal Technology a Drug?”

“Honest Debate (or the lack thereof)”

“Let’s Sit Down and Talk”

END_OF_DOCUMENT_TOKEN_TO_BE_REPLACED

Raised to a Master Mason in 1908, at Harmony Lodge No. 17 in Washington, DC, Carl H. Claudy  served as the Master and eventually as Grand Master of Masons … END_OF_DOCUMENT_TOKEN_TO_BE_REPLACED

In this final installment of the Faith Hope and Charity series, we consider the symbolism of charity, or perhaps better called love. It is this attribute that … END_OF_DOCUMENT_TOKEN_TO_BE_REPLACED

In this installment of the Symbols and Symbolism of Freemasonry, we examine the text of Albert Mackey's Encyclopedia of Freemasonry on the symbolism of … END_OF_DOCUMENT_TOKEN_TO_BE_REPLACED

In this installment of the Symbols and Symbolism of Freemasonry, we consider a reading of Albert Mackey's text on the subject of Faith as it pertains to … END_OF_DOCUMENT_TOKEN_TO_BE_REPLACED