Stories of Prince Hall & Mainstream interaction are popping out everywhere.  And the beautiful aspect of it all is that there is great appreciation and joy at this intermingling. Brotherly love and affection prevail and every moral and social virtue cements Brothers of different traditions.

The Beehive  reported recently the story of the Mainstream Grand Master of Michigan visiting a Prince Hall Lodge with many of his Michigan Brethren in “Bridging The Gap.” The latest example of this joyous cross visitation comes from a personal friend, Brother Tofique Fatehi from Mumbai, India. Brother Fatehi and I met on the Global Fraternal Network in the late 90s.  Soon, thereafter, Brother Fatehi journeyed to Massachusetts  to visit his son who is living here. When an opportunity to see the Paul Revere Colonial Degree Team perform in Southern Maine arose, Tofique took the opportunity to accompany us and see US Mainstream Masonry.

Tofique returned this fall for another family visit and got in touch with me to see about visiting a Prince Hall Lodge in Massachusetts.  I turned him over to the capable hands of Worshipful Jim Bennette of the Grand Lodge of Massachusetts, another good friend who has a strong relationship with Massachusetts Prince Hall.

While in Massachusetts I visited a PH Lodge in Boston. Bro. Fred Milliken (now in Texas) arranged for my introductions. I attended the Widow Son Lodge in Dorchester (South Boston). 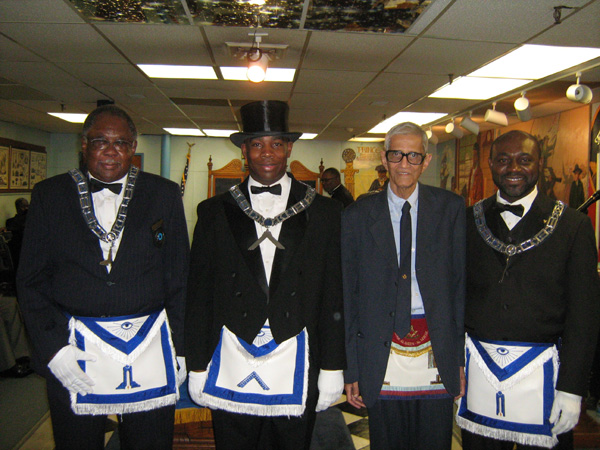 Tofique reports that they rolled out the red carpet for him and he had a great time and was impressed by their ritual & knowledge.

All this goes to show that it is time now for all the old barriers to be taken down.  We are in the second decade of the 21st century and the manner in which different races and cultures have heretofore interacted is a thing of the past. The future brings us all closer together in brotherly love and affection.

So let us all do our part to see that the state of Freemasonry in the world opens up into a celebration of its diversity and a new age of the expression of what Freemasonry truly exemplifies.