You are here: Home / Education / Books 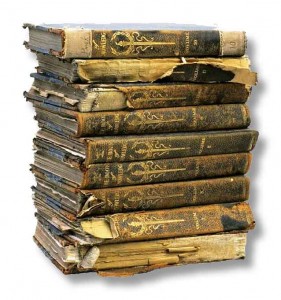 Freemasonry is its strongest in writing to communicate its knowledge.

Some of the greatest works of Masonic knowledge were crafted under pen in the last 200 years, and it is these works that we look to still to contemplate and explore the deeper mysteries of Freemasonry.  These works are critical to all Freemasons to knowing and understanding the fraternity to which they belong, and here, collected together, they can be read, and contemplated anew. This section will be the start of a collection of Masonic knowledge from the past, including books from Wilmshurst, Pike, Mackey, and others. 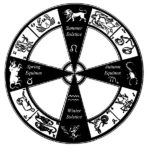 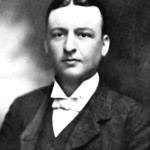 The Meaning of Masonry

The papers here collected are written solely for members of the Masonic Order, constituted under the United Grand Lodge of England. To all such they are offered in the best spirit of fraternity and goodwill and with the wish to render to the Order some small return for the profit the author has received from his association with it extending over thirty-two years. 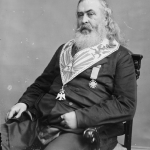 THE following work has been prepared by authority of the Supreme Council of the Thirty-third Degree, for the Southern Jurisdiction of the United States, by the Grand Commander, and is now published by its direction. It contains the Lectures of the Ancient and Accepted Scottish Rite in that jurisdiction, and is specially intended to be read and studied by the Brethren of that obedience, in connection with the Rituals of the Degrees.

GUIDE TO THE THREE SYMBOLIC DEGREES OF THE ANCIENT YORK RITE AND TO THE DEGREES OF MARK MASTER, PAST MASTER, MOST EXCELLENT MASTER, AND THE ROYAL ARCH 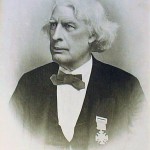 The Symbolism of Freemasonry

Illustrating and Explaining its Science and Philosophy, its Legends, Myths and Symbols.

Of the various modes of communicating instruction to the uninformed, the Masonic student is particularly interested in two: namely, the instruction by legends and that by symbols. It is to these two, almost exclusively, that he is indebted for all that he knows, and for all that he can know, of the philosophic system which is taught in the institution. All its mysteries and its dogmas, which constitute its philosophy, are entrusted for communication to the neophyte[1], sometimes to one, sometimes to the other of these two methods of instruction, and sometimes to both of them combined. The Freemason has no way of reaching any of the esoteric or innermost teachings of the Order except through the medium of a legend or a symbol.

Anderson’s Constitution is the basis of Modern Freemasonry and its foundation of operation. A variety of stories and irregularities exist about its legitimacy and its foundation, yet, it remains an early canon of Masonic History.

The Pictorial Symbols of Alchemy

The Hermetic Mystery – upon the higher interpretation of which I have spoken at considerable length in the previous paper and have created an analogy between its hidden meaning and that which I should term the center of the Religions Mystery in Christendom- is the only branch of mystic and occult literature which lent itself to the decorative sense.

The Secret Tradition in Freemasonry

And  an analysis of the Interrelation Between the Craft and the High Grades  IN RESPECT OF THEIR TERM OF RESEARCH, EXPRESSED BY THE WAY OF SYMBOLISM BY ARTHUR EDWARD WAITE

END_OF_DOCUMENT_TOKEN_TO_BE_REPLACED

Raised to a Master Mason in 1908, at Harmony Lodge No. 17 in Washington, DC, Carl H. Claudy  served as the Master and eventually as Grand Master of Masons … END_OF_DOCUMENT_TOKEN_TO_BE_REPLACED

In this final installment of the Faith Hope and Charity series, we consider the symbolism of charity, or perhaps better called love. It is this attribute that … END_OF_DOCUMENT_TOKEN_TO_BE_REPLACED

In this installment of the Symbols and Symbolism of Freemasonry, we examine the text of Albert Mackey's Encyclopedia of Freemasonry on the symbolism of … END_OF_DOCUMENT_TOKEN_TO_BE_REPLACED

In this installment of the Symbols and Symbolism of Freemasonry, we consider a reading of Albert Mackey's text on the subject of Faith as it pertains to … END_OF_DOCUMENT_TOKEN_TO_BE_REPLACED