Freemasonry is not only all that its most enthusiastic panegyrist ever proclaimed it to be on sentimental, moral, and fraternal grounds, but it is fundamentally and structurally a system of natural theology, proving the existence and attributes of the one true God to the satisfaction of the intellect, and so supplying a bulwark to faith unattainable by any other means . The nature of this proof, although formulated before the pyramids were built, is not so abstruse as might at first be imagined, and is founded on precisely the same assumption as the natural theology of a Paler or a Brougham of our own era-that evidence of design or intention proves the presence of Mind, the wisdom, power, and beauty of which may be inferred from the result.

As in natural theology we look for evidence of a thinking, contriving, planning, improving, wise and beneficent Mind of infinite volume, controlling and directing all things, so let us search among the remaining relics of our remote ancestors for evidence, that, as Kipling exquisitely sings in his ballad of the “Builder,” “They too had known.” The evidence is incontrovertible, and Masonry is the evidence.

Ancient priesthood believed that the great mass of mankind was too undeveloped to comprehend a philosophy of divinity based upon more or less scientific premises. Therefore, they carefully conserved their special knowledge, imparting it only to chosen initiates, while treating the masses to a spectacular exoteric system. Such was in fact the origin of the dual system that has prevailed through the ages, which was as much a part of Judaism and primitive and medieval Christianity as of the pagan idolatries, by which the priests knew and the people thought they knew.

Even some of our most common superstitions are relics of this state of things. All the prejudice popularly entertained against the number 13 resides not in its “unluckiness,” but because it was the key to religions mysteries that the priests did not wish the people to penetrate; hence, if a man started to run every time he encountered this number and would refuse to think of it for fear of breaking his leg, the sacerdotal interests were safe.

When the period approached that the average citizen knew more than the hierophant of former years, he was not encouraged, but repressed, and instead of being admitted to the Mysteries was driven back with curses, so that the priestly caste might retain its ascendancy. Notable exceptions to this were the examples of Egypt and Greece, where enlightenment was, at certain ages, almost universal. It was the suppression of the Mysteries that enslaved Europe for centuries.

If the ultimate and all-sustaining secret of Freemasonry may be openly expressed in a few words, it will be these: 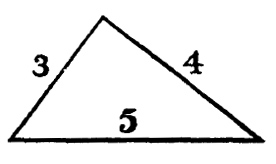 The entire course of nature is manifested in cycles. Some of these are scientifically real, others are but appearances based upon the presence and position of the observer upon the earth, away from which they have no true existence. For instance, there is no night except as we are temporarily on the shadow side of our globe during its diurnal rotation. There is this movement of the earth upon its axis ; there is the annual revolution that we term the year ; and there is the stupendous cycle called the precession of the equinoxes, which requires nearly 26,000 years for its accomplishment. There are the relative velocities and courses of the planets, the axial revolution of the *sun, their angles of inclination, the atomic weights of metals, the phenomena of light, color, crystallization, and gravitation. These can be technically expressed in no other way than in terms of mathematics and geometry. When the results are expressed in their simplest forms, the latter prove to be the same rudimentary geometrical figures that supply the structure of crystals, and all blend together into the marvelous triangle that caused old Pythagoras to cry “Eureka!” when its beauties burst upon him.

By careful computation we are able to reconstruct this really divine system, and we find that the exact proportions relating to the celestial correlation in question were lavishly and exclusively employed in the architecture of all the temples of old, in all the culture lands of the world, both east and west . Still greater does our wonder grow when we recognize in lodge and chapter the whole mechanism of this wonderful natural science, and what was before hidden and dark bursts upon us as a beautiful, perfect, and complete whole.