Numerous monuments of antiquity attest the long-established usage of leading captives before their conquerors or judges by means of cords attached to various parts of the body. 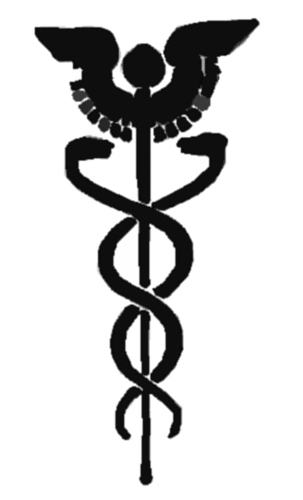 The Serpent Wand of Hermes

This was a mark of degradation for the victim and contributed to the exultation of the victor. Assyrian, Babylonian, Egyptian, and other sculptures of great age exhibit long defiles of prisoners, led in triumph by cords about their necks or even passed through their nostrils; while ancient Mexican monuments show that the tongues of prisoners were frequently slit to receive a cord by which they were haled before the monarch.

In medieval paintings of the “Stations of the Cross,” which represent the various episodes in the final scene of the Gospels, particular stress seems to be laid upon the cord by which Jesus is led to execution-and a curious but persistent difference is often found in connection with His three falls on the way to Calvary . He starts from the audience hall of the Roman governor, Pilate, led by a cord passed round his neck. Then this cord seemingly wanders to his arm or wrist, and in the final scenes it is invariably round his waist. This may or may not be significant; but it is always so portrayed.

Our minds, however, are led from the purely utilitarian employment of cords, for the purpose of preventing escape, to their ceremonial significance, when the victim was not a prisoner whom it was sought to degrade, but an animal or a captive to be sacrificed as a popular offering to the gods, in which case the cord might be of silk and was often entwined with a garland of flowers.

The assumption of cords as girdles, halters, and other emblems of voluntary submission was always expected of citizens surrendering the keys of their conquered city and practised by members of religious orders in token of humility and subjection to the heads of their confraternities. This latter custom is as common among the Buddhists of Asia as among the Roman monks of the Western World.

The cord as a completely ceremonial symbol is one of the oldest known, and was the particular badge of the initiate into the mysteries of the Brahmins. The manufacture of such cords, with reference to the number and color of threads entering into their composition, was the subject of sacred detail, to come directly to the fact that a thrice-turned cable tow or cord of three loops was one of the best known of ancient Hermetic emblems.

In the Egyptian hieroglyphic system it was the equivalent to the Hebrew letter Cheth or Ch, having a numerical value of 8, and the initial of the Egyptian sacred name commonly known, from its Greek rendition. a s Hones. Every such name, however, was composed of cabalistic elements known to the priests alone. The complete name was simply the two letters Cheth and Resh (Chr), of which the monogram Y-P, much employed in Christian art, in which it is wrongfully called Chi-Rho, was the symbol many centuries BCE.

Briefly, the word Chr is a transposition of the Sanscrit Rch meaning “light.” The ancient sacred writings of the East reveal- the fact that light was considered the original primordial material ; so that when God said “Let there be light” He was not merely illuminating that which had already been created, but this was, in fact, the first creative act of the Great Architect.

The letter Rho or R represented the value of 100, the square on the hypotenuse of a right angle of 36-64, the particular figure of the 47th problem, that, to the Egyptians, suggested spirit, matter, and spirit and matter combined, which latter, the child of the first two, was Horus, or the fertile principle of Nature. Astronomically, Ch was the letter of Amun the lamb, the zodiacal sign of Aries, the beginning of spring; R, the planet Mercury, or Chr-Mse, the “Son or Horns.” The combination was Horus-Amun, or the Hirm of the Hebrews and the names of the month of the Lamb or Ram (among the Jews, Abib), now called Nison, from the Chal- sa~ dean Nisannu.

Mathematically, the sum of the first eight digits was 36, the number of the Sun, which was further developed by adding the numbers 1 to 36, giving 666, which revealed’ the sun (Shin-Mem-Shin, Shasnash, equaling 640) as the physical vesture of J H V H (26).

The Egyptians, circumscribing the oblong of 3 x 4 with a perfect circle, found the latter divided into segments of 72, 108, 72, 108 degrees. Such saucer-shaped segments were among their most sacred symbols, and represented the word Neb or “Lord,” equivalent to the Phoenician Baal. The triple-looped character Ch, passing through the lozenge-shaped R (Vescica Piscis), represented the perpetual reincarnation of life by passage through the womb of Nature. Ancient Hindu astrology had placed the extreme limit of human life at 108 years so that twice 108, or 216, was the philosophical number W “rebirth” or reincarnation. This number was produced by grouping the first eight digits in this manner:

A tracing through the number in numerical sequence will show the meaning of this triple loop ; which is, by the way, only one of a wide variety of combinations of these eight numbers upon which the cabalistic philosophy of all ancient peoples, including the Chinese, are based . It will be noticed that all such numbers are multiples of nine or 113 times 3,” the significance of which cannot escape notice. The two serpents entwined round the caduceus, or wand of Hermes, represent this figure, as the three three-petaled almond flowers of Aaron’s rod on the shekels of Israel allude to the same philosophy, which is the unchanging basis of all Freemasonry and its symbolism.

Therefore, if we are to find any significance in the cable tow derived from the thrice-looped cord of Hermes, it is the bond uniting spirit to matter, or soul to body, by which our divine part is held captive by our mortal constituents until “the golden bowl is broken and the silken cord is loosened.” 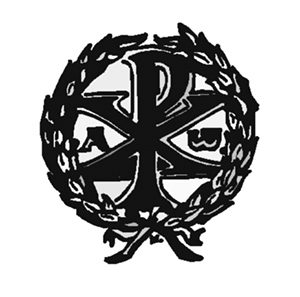 Contents – The Beginning of Masonry
Previous – The Twelve Fellowcrafts
Next – Angles