No character in history could boast of such distinguished antecedents as this remarkable personage, who has been the central figure of the spiritual world to so many generations, of so many races, stretching back into a dawn antedating the beginning of written records. To what extent his pathetic figure still dominates the souls of men must be left to the individual student to determine. 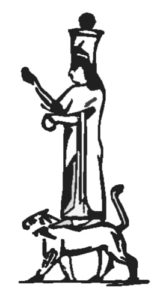 Our Masonic cognizance of such a figure is derived entirely from the biblical story of the planning and erection of King Solomon’s Temple at Jerusalem, through friendly co-operation between the neighborly monarchs of Israel and Tyre.

Archaeological science, added to an intelligent reading of Scripture, during recent years has added much to the knowledge possessed by mankind of actual conditions in those distant days. The story of the application of the King of Israel to his cousin of Tyre for technical and material assistance in the construction of a Temple to the Most High is today readily explained by the fact that many of the features embodied in the descriptions of this Temple that remain to us were common to the Temples erected by the Phoenicians not only of Tyre, Sidon, Tarshish, Ashkelon, Joppa, Gaza, and other coast cities about the eastern end of the Mediterranean Sea, but also in Crete, Cyprus, Carthage, and the Punic settlements in Spain. The religious differences that separated the various Semitic peoples of Asia Minor were less fundamental than most people imagine. Lest it be inferred that we are controverting the teaching of Holy Writ on this particular subject, attention is called to the 26th, 27th, and 28th chapters of Ezekiel, which describe the apostasy of the Tyrians from a common worship of the true God with the Israelites and their impending punishment therefore. 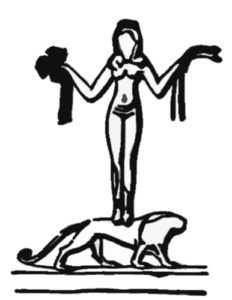 It must not be forgotten that the Great and Sacred Name was unrepeatable in all circumstances. It was the priceless sacerdotal secret, and the wisdom of the ancient seers consisted in demonstrating it to be the root of all manifested being.

The names Baal and Moloch, which, we are commonly told, were those of sanguinary Phoenician gods, were simply the words Lord” and “King,” applied quite as frequently by the Jews as by the Tyrians to the common object of worship.

The rock on which the Jews split from the other Semitic peoples was that of “graven images” and the multiplication of minor gods representing the attributes of the One, or the forces of Nature. The philosophy underlying the religious ideas of the two peoples was essentially the same. It was a “year” cult, which took cognizance of the annual journey of the earth round the sun and of the wonderful metamorphoses of Nature occurring with unerring regularity during its progress.

The character employed in the mysteries of these ancient peoples was identically the same as the smiling babe whom we represent as bowing his way in with New Year greetings on Jan. 1 and departing, a sour and forbidding old Grandfather Time, the following Dec.. 31. This character was common to all Semitic peoples from the Tigris to the Mediterranean and to the Egyptians, and in fact far deeper into the East; for he came originally from India. 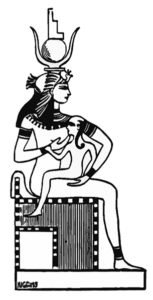 Isis and the infant Horus

He was a personification of that which the Greek philosophers called the Logos, which meant the “Word” or “Builder,” the active manifestation of Deity that is forever busy renewing the face of the earth, through its vegetable and animal life, the fertilizing and fructifying principle, operating principally through the medium of sex. The continually recurrent phenomena of the year invested this character with the attributes of a god who was a vigorous youth at the vernal equinox, rose to power and glory at the summer” solstice, was set upon and slain in the autumn months, buried in the winter, rising from the dead or being reborn as an infant at the winter solstice-a perpetual round, going on forever. The ancients could conceive of no reproduction except in terms of sex, and so it was always the male principle that fertilized and the female principle that received and nursed the germs of life, bringing them forth at the appointed times, able again to reproduce the unending life transmitted through them.

In the Semitic story of the year, common to all, in closely related forms, the marriage of the male and female principles occurred annually at the awakening of vegetation and the mating season of the animal kingdom. Then Horus, the spirit of fertility, represented by the position of the sun in the zodiacal sign of the Ram, called Ammon, united with Virgin Nature, personified by the position of the earth in the sign of Virgo, goddess of the grain harvest, holding in her hand the sheaf of wheat called by the Hebrews shibboleth, in the midst of which glistens the brilliant star named Abib (now termed spica Virginis), which gave its name to the month of the Passover. The name Horns-Ammon is the same as Khurum and Churam (translated “Hiram”) among the Phoenicians.

Alexandrian coins of the Caesars. Showing Hermes on the Ram, entering the year as Hippocrates and leaving it for the underworld as Serapes. Later forms of Horus and Osiris

In the Hebrew arrangement of the 12 sons of Jacob, as representative of the 12 signs of the zodiac, the month of the Ram falls to Reuben, which name is an acrostic of the words Ben Aur, or “Son of Light,” which is precisely the original meaning of the name Horns. The sign of Virgo was represented by the tribe of Naphtali.

In all the old Semitic mystery dramas of the year, the Father and Son were identical. The fertile principle espoused the virgin Nature, and perished, leaving his consort a widow; but she brought forth the same fertile principle anew, as a son, who would in due time become again her husband .

The characters were called Horus and Isis in Egypt, Bel and Ishtar in Babylonia, Baal and Ashtoreth (or Astarte) in Phoenicia, and are introduced into the gorgeous imagery of the building of King Solomon’s Temple as the Tyrian architect whose mother was a widow of the tribe of Naphtali . The gold, silver, and brass, the fine linen, scarlet, purple, and blue, in which the celebrated artist was such an accomplished worker, did not mean the material metals and colors that they seem at first glance ; they were the ancient imageries of the planetary influences and elementary substance that served as the material bases of all manifested creation . 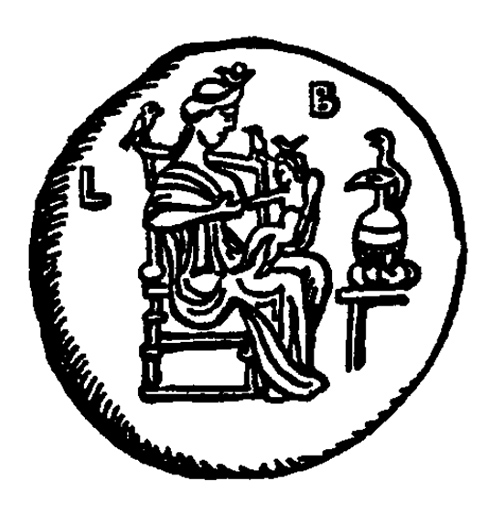 Isis and the Infant Horus on an Alexandrian coin of the Caesars.