You are here: Home / Education / Books / The Symbolism of Freemasonry / VIII – The Union of Speculative and Operative Masonry at the Temple of Solomon 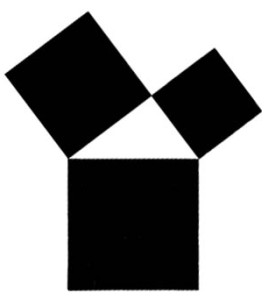 Thus, then, we arrive at another important epoch in the history of the origin of Freemasonry.

I have shown how the Primitive Freemasonry, originating in this new world; with Noah, was handed down to his descendants as a purely speculative institution, embracing certain traditions of the nature of God and of the soul.

I have shown how, soon after the deluge, the descendants of Noah separated, one portion, losing their traditions, and substituting in their place idolatrous and polytheistic religions, while the other and smaller portion retained and communicated those original traditions under the name of the Primitive Freemasonry of antiquity.

I have shown how, among the polytheistic nations, there were a few persons who still had a dim and clouded understanding of these traditions, and that they taught them in certain secret institutions, known as the “Mysteries,” thus establishing another branch of the speculative science which is known under the name of the Spurious Freemasonry of antiquity.

Again, I have shown how one sect or division of these Spurious Freemasons existed at Tyre about the time of the building of King Solomon’s temple, and added to their speculative science, which was much purer than that of their contemporary Gentile mystics, the practice of the arts of architecture and sculpture, under the name of the Dionysiac Fraternity of Artificers.

And, lastly, I have shown how, at the building of the Solomonic temple, on the invitation of the king of Israel, a large body of these architects repaired from Tyre to Jerusalem, organized a new institution, or, rather, a modification of the two old ones, the Primitive Freemasons among the Israelites yielding something, and the Spurious Freemasons among the Tyrians yielding more; the former purifying the speculative science, and the latter introducing the operative art, together with the mystical ceremonies with which they accompanied its administration. 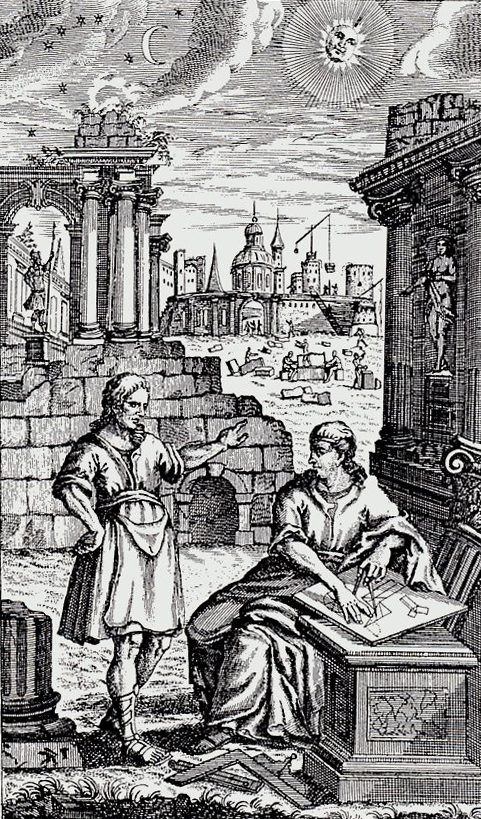 It is at this epoch, then, that I place the first union of speculative and operative Masonry,–a union which continued uninterruptedly to exist until a comparatively recent period, to which I shall have occasion hereafter briefly to advert.

The other branches of the Spurious Freemasonry were not, however, altogether and at once abolished by this union, but continued also to exist and teach their half-truthful dogmas, for ages after, with interrupted success and diminished influence, until, in the fifth century of the Christian era, the whole of them were proscribed by the Emperor Theodosius. From time to time, however, other partial unions took place, as in the instance of Pythagoras, who, originally a member of the school of Spurious Freemasonry, was, during his visit to Babylon, about four hundred and fifty years after the union at the temple of Jerusalem, initiated by the captive Israelites into the rites of Temple Masonry, whence the instructions of that sage approximate much more nearly to the principles of Freemasonry, both in spirit and in letter, than those of any other of the philosophers of antiquity; for which reason he is familiarly called, in the modern masonic lectures, “an ancient friend and brother,” and an important symbol of the order, the forty-seventh problem of Euclid, has been consecrated to his memory.

I do not now propose to enter upon so extensive a task as to trace the history of the institution from the completion of the first temple to its destruction by Nebuchadnezzar; through the seventy-two years of Babylonish captivity to the rebuilding of the second temple by Zerubbabel; thence to the devastation of Jerusalem by Titus, when it was first introduced into Europe; through all its struggles in the middle ages, sometimes protected and sometimes persecuted by the church, sometimes forbidden by the law and oftener encouraged by the monarch; until, in the beginning of the sixteenth century, it assumed its present organization. The details would require more time for their recapitulation than the limits of the present work will permit.

But my object is not so much to give a connected history of the progress of Freemasonry as to present a rational view of its origin and an examination of those important modifications which, from time to time, were impressed upon it by external influences, so as to enable us the more readily to appreciate the true character and design of its symbolism.

Two salient points, at least, in its subsequent history, especially invite attention, because they have an important bearing on its organization, as a combined speculative and operative institution.

END_OF_DOCUMENT_TOKEN_TO_BE_REPLACED

Raised to a Master Mason in 1908, at Harmony Lodge No. 17 in Washington, DC, Carl H. Claudy  served as the Master and eventually as Grand Master of Masons … END_OF_DOCUMENT_TOKEN_TO_BE_REPLACED

In this final installment of the Faith Hope and Charity series, we consider the symbolism of charity, or perhaps better called love. It is this attribute that … END_OF_DOCUMENT_TOKEN_TO_BE_REPLACED

In this installment of the Symbols and Symbolism of Freemasonry, we examine the text of Albert Mackey's Encyclopedia of Freemasonry on the symbolism of … END_OF_DOCUMENT_TOKEN_TO_BE_REPLACED

In this installment of the Symbols and Symbolism of Freemasonry, we consider a reading of Albert Mackey's text on the subject of Faith as it pertains to … END_OF_DOCUMENT_TOKEN_TO_BE_REPLACED