From the EU Observer: 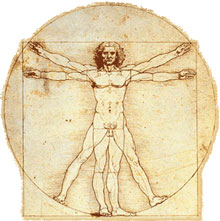 Brussels is to hold an EU summit with atheists and Freemasons in the autumn, inviting them to a political dialogue parallel to the annual summit the bloc holds with Europe’s religious leaders.

It seems that in the push to make religious and non religious policy balance, following a meeting of Catholic, Jewish, Hindu, Sikh and Muftis, the European Union is holding a mirror image summit for Atheists and Humanists. Included in the second meeting is the “non-religious” but spiritual group of Freemasons.

“I find it rather odd,Some of the Grand Lodges are secularist organisations, and strongly for separation of church and state, but they also retain all sorts of gobbledygook and myths such as the Great Architect of the Universe.”

Now, having lost their battle to omit a religious clause in the EU Constitutional and Lisbon Treaty, Pollock concedes that their organization has “lost that battle” saying “with the atheist summit, at least we’re being treated equally, although I’d rather if we were there along with the churches. Instead we’re being bundled off with the Freemasons.”

According to the EU Commission‘s spokeswoman Katharina von Schnurbein, Brussels views the Freemasons as a “community of conscience interconnected throughout Europe,” and “a form of humanist organisation.”

Its this last part that raises an interesting consideration as to the interactivity of Freemasonry and the participation (and shaping) of Civil Society by just such participation.

My guess is that American Freemasonry would rather say it has no position than to profess that its system of moral philosophy is not religious specific and characteristically more Humanistic (by definition), and therefore truly dedicated to the balance of all faiths as equal in standing, putting human rights above dogma.

It leads to an interesting question, does American Freemasonry find itself in greater leaning with the practice of the church (ecumenically speaking), or with the idea of a Humanist deism, putting the plight of mankind over and above his point of view in deity.

Is that possible in this day in age, or has the fabric of Masonry in North America changed?

The EUObserver article makes for a good read, and if I were in Brussels, I think this would be a dynamic event to attend.

If anyone wants to send an American Mason….