You are here: Home / Masonic Traveler / Demons and demagoguery 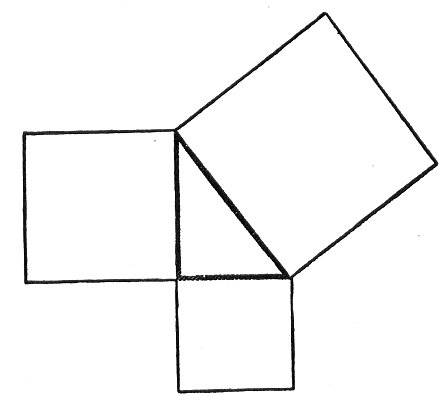 This tale starts in an email I received on Valentines Day.  The email was a resignation, a coup de grâce on a loose affiliation based on a common passion about Freemasonry because of a personal (or privately cultivated) belief that this websites general quality was in deterioration.

I can surmise that most who read this site don’t like reading about the fraternal peccadilloes, the raw data of readers to each piece tells me otherwise.  The highest day’s readership was on Monday June 22 of 2009 when I published a piece called “My brother’s keeper. Open Racism in Georgia Freemasonry” which, for the record, pulled close to 1500 views on the day it went up.  Does it mean people like controversy?   No, but it means Brothers want to know what’s going on across the spectrum of Masonry besides who’s speaking where or recognizing who is relevant to someone.

The complaint in this resignation was a building belief that some writers were taking on a voice of schadenfreude (the pleasure derived from the misfortunes of others).  It’s an easy line to see blurred, and not a new complaint about the BeeHive.  It’s a reason for a few hurt feelings and split relationships that lead to breaks over creative differences.

Through it all the, higher principal in operation on FmI has been to allow free speech with an open door for named authors or free volunteers to contribute to the dialog.  My email is right there on the right…  If its not a rant, send it to me, I’ll publish it.

In the 6 years that I’ve published this site I’ve received a whopping total of TWO (2) contributions to rebut something published here.  I know that the posts are being debated, I go to the same forums you do and I can see when someone somewhere links back to an article, so I know people are talking about the subject matter.  But no does.  Its easier not to.

For a fraternity that instructs an initiate to seek out understanding for logic and rhetoric, two counter posts seem to smack of a lack of that study.

Maybe that’s the case.  Maybe there is a disdain to speak openly about the elephant in the room or to address the problems “over there” when clearly there is no similar problem here.  It smacks of the “What Happens in Vegas Stays in Vegas” mantra which the Urban Dictionary quotes Dane Cook defining the aphorism by saying “It happened. It only happened there. And it happened far enough away to have any negative effect on the “the here and now”. And anyone who wasn’t there at the time need not know about it. So stfu about it, and move on. But keep the memories.”

It’s the last part that those who want to keep status quo want you to remember: “…stfu about it, and move on.” For those scratching their heads wondering what stfu means, it means “shut the Fuck up” and their saying that because they don’t like to talk about the negative fraternalism, or their being called to task to defend their affiliations, or what they perceived as being so sacred is more subject to social influences than they care to recognize.  Clearly, what happens in Masonry over there affects it over here especially in the era of national news coverage.  Maybe if we STFU enough, we won’t have to say anything and then behind closed doors we’ll address the problem.

News flash – that’s not happening and no matter how tight we wrap ourselves in the comforting loops of the imaginatively historic “Mystical Tie“ and ignore the reality of what its binding the sooner it will become a noose that will suffocate out the creative life of what should be a bright and shining jewel of society.

It’s happened to me when a family friend who a few months back asked me about my involvement in Masonry (she is one of about 1400 friends on Facebook so she sees a lot of what I publish).  She just happens to be very educated, Jewish, a feminist, and a lesbian, and she asked me what was with all this Masonic stuff since she remembered it from her fathers day as being a racist, anti-Semitic, male chauvinist society?  Her question: “How can they [Masons] proclaim such high ideals and still be so upside down about religion, women and race?”

After she asked that question she then asked me “How could I be a part of such an organization given my enlightened liberal nature?”

I came up short. I didn’t really know what to say.  Would you?  My feeble response was to say that I write about it and still a part of it, to make these issues a thing of the past.  Personally, I wanted to make racism a non-issue and to change the perception of the “enlightened” so as to see the fairest of the species in the same way that the rest of society see them – as equals.

What I do (and really why this site exists) is to remind my brothers, as Tim Bryce reminds me, and what I believe to be behind what the BeeHive writes is that “the Emperor has no cloths” and that we need to get our heads out of the sand about it.

So, as was so cavalierly published this morning, the author of the “47th Problem of Euclid” is no longer posting on this website and he has eliminated his past few contributions.  His departure is because of a profound discomfort “…with where the website is going…” and a belief that it has “…chosen to ally [the BeeHive] with irregular and clandestine Freemasonry rather than commit to helping fix these problems.”  But, I suggest that rather than offer a counter point or rebuttal or any significant material contribution – Euclid has chosen to quit publicly and with a flourish which is easier than adding to the conversation and shaping the dialog.

And that’s the reason why Modern Masonry is in the state it is today.  When we believe the quality of something to be low (true or not since it’s all about our personal perception), we separate ourselves from it rather than adding to its material betterment.

END_OF_DOCUMENT_TOKEN_TO_BE_REPLACED

In this installment of the Symbols and Symbolism of Freemasonry, we consider a vital emblem of Freemasonry, the compass or compasses. Albert G. Mackey, in his … END_OF_DOCUMENT_TOKEN_TO_BE_REPLACED

Raised to a Master Mason in 1908, at Harmony Lodge No. 17 in Washington, DC, Carl H. Claudy  served as the Master and eventually as Grand Master of Masons … END_OF_DOCUMENT_TOKEN_TO_BE_REPLACED

In this final installment of the Faith Hope and Charity series, we consider the symbolism of charity, or perhaps better called love. It is this attribute that … END_OF_DOCUMENT_TOKEN_TO_BE_REPLACED

In this installment of the Symbols and Symbolism of Freemasonry, we examine the text of Albert Mackey's Encyclopedia of Freemasonry on the symbolism of … END_OF_DOCUMENT_TOKEN_TO_BE_REPLACED