This comes from a Feedback comment to the website. While impossible to verify the veracity of the details, I re-post this with the intent of designating information. The news of this comes as my own concerns have begun to stir as threads of Nationalism have started to be insidiously woven into the American fabric. For those who question this need only look at the brief examples of Freemasons under nationalistic (read fascist) governments.

The following comes from Libero Muratore, who starts, “Please help us spread this:” 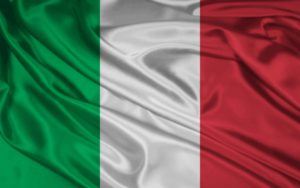 A serious discrimination of Freemasons belonging to the four main Italian Masonic Organization is taking place in these hours.

The Italian Parliamentary Committee on Organized Crime (Commissione Parliamentary Antimafia) has seized the lists of all Freemasons belonging namely to the Grande Oriente d’Italia , Gran Loggia d’Italia degli ALAM, Gran Loggia Regolare d’Italia and Serenissima Gran Loggia d’Italia, in the regions of Sicily and Calabria. These lists include over 4000 names and personal data. The Parliamentary Committee justified this act on the basis of the presence of a high concentration of Freemasons in the two regions of Italy with the highest rate of organized crime.

Italian magistrates and investigators have been enquiring on the connections between criminal organizations such as Sicilian mafia and ‘ndrangheta of Calabria with businessmen, civil-servants and local politicians who in some cases are also Freemasons. During these investigations magistrates have obtained the names of the Freemasons connected with the criminal organizations both through voluntary collaboration of the Masonic organizations involved or through issuing search warrants for their headquarters.

Investigations were limited to the member of Masonic organizations closely related to the people charged with connection with organized crime. But in these days the Parliamentary Committee on Organized Crime led by On. Rosy Bindi (Democratic Party – formerly member of the defunct Christian Democratic Party ) has unanimously taken on a new and unprecedented road to what they call the truth. During hearings in front of the Parliamentary Committee, the Grand Masters of the above mentioned four major Masonic organization of Italy (out of a total of over one hundred smaller Masonic groups) were asked to produce the lists of all the Freemasons in Sicily and Calabria, in spite of the strict laws on privacy. At their denial to comply the Committee issued on March 1, 2017, a search warrant for their headquarters and the lists were finally seized. The Committee strategy, although On. Bindi declared that the names of Freemasons will be kept secret and not handed over to the press, seems to consist in an indiscriminate and utterly general investigation of Freemasons in order to file preventively whoever is in a position to commit any possible illicit act or abuse of power.

Moreover various members of this Committee, specifically Sen. Davide Mattiello (Democratic Party) and On. Claudio Fava ( independent left-wing Member of the Parliament) are submitting to the Parliament different draft laws aimed to limit the rights of Freemason, stating incompatibility between Masonic Brotherhoods and almost any job in the Italian Public Administration, from the army and law enforcement to civil-servants and university professors and researchers.

At the same time one of the leading Italian magazines, l’Espresso from Feb. 10, 2017 – Aboliamo la Massoneria, has recently published a long article invoking a total ban on Freemasonry and a close control on service clubs such as Lions International, Rotary Club and Kiwanis, all accused to be in some way connected to Freemasonry.

Apart from this exploit the rest of the Italian paper press and tv and radio media has been almost silent with the exception of the Radio Radicale web site which is hosting the audio-recordings of all the Parliamentary Committee hearings with the Grand Masters.

As it is to be expected the rest of information on the subject is currently left to a cloud of conspiracy theory web-sites and blogs. It is apparent that the action taken by the Parliamentary Committee on Organized Crime against Freemasons in general represents an arbitrary interference in the private life of citizen without any justified reason, apart that of belonging to what are still fully legal organizations and it is endorsing unjustified rage against Freemasons. The Grand Master of the Grande Oriente d’Italia has even expressed concerns over possible terrorist attacks targeting Masonic Temples after such an appeal appeared on Dabiq, the caliphate magazine.

This conduct clearly represents an attempt of mass surveillance and a violation of articles 12, 18, 19 , 20 and 21 of the Universal Declaration of Human Rights. The Parliamentary Committee on Organized Crime has the same enquiring powers of any ordinary magistrate, but it’s not subject to any higher authority since it is composed by Members of the Parliament, thus precluding any possibility of appeal and any right to defense.

Thousands of Freemasons in southern Italy struggle every day against organized crime and corruption conditioning business and politics, it’s not the presence of a few rotten apples that can justify the mass filing of free citizens. We appeal to everyone who cherish the global respect of Civil-Rights to follow up and watch closely the current situation in Italy.

END_OF_DOCUMENT_TOKEN_TO_BE_REPLACED

In this installment of the Symbols and Symbolism of Freemasonry, we consider a vital emblem of Freemasonry, the compass or compasses. Albert G. Mackey, in his … END_OF_DOCUMENT_TOKEN_TO_BE_REPLACED

Raised to a Master Mason in 1908, at Harmony Lodge No. 17 in Washington, DC, Carl H. Claudy  served as the Master and eventually as Grand Master of Masons … END_OF_DOCUMENT_TOKEN_TO_BE_REPLACED

In this final installment of the Faith Hope and Charity series, we consider the symbolism of charity, or perhaps better called love. It is this attribute that … END_OF_DOCUMENT_TOKEN_TO_BE_REPLACED

In this installment of the Symbols and Symbolism of Freemasonry, we examine the text of Albert Mackey's Encyclopedia of Freemasonry on the symbolism of … END_OF_DOCUMENT_TOKEN_TO_BE_REPLACED