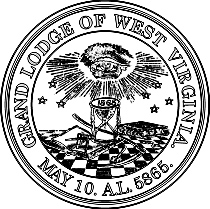 From the Charleston Gazette, it seems that a jury has sided with the Grand Lodge of West Virginia.

CHARLESTON, W.Va. — A Kanawha County jury sided Wednesday with the Grand Lodge of the West Virginia branch of the Masons against a former grand master who sued after he was expelled from the group, claiming the organization had violated its own rules.

The jury declined to award Frank J. Haas, an administrative law judge from Wellsburg, any damages, even though Kanawha Circuit Judge Carrie Webster ruled that the Masons breached its contract with Haas.

The jury also decided that the state’s Grand Lodge and past Grand Masters Charles F. Coleman II and Charles L. Montgomery had not defamed Haas, placed him in a false light, or committed outrageous conduct toward Haas, who was also a past grand master.

Bob Allen, Haas’ attorney, said after the verdict was announced that Haas was very disappointed, but accepted the jury’s decision.

Haas, who served as the state’s grand master from October 2005 to October 2006, said that during his tenure, he tried to make West Virginia Masonry more inclusive in terms of nationality, race, disability, age and religion. He said he wanted to bring the organization’s policies more in line with federal and state public policy.

Haas’ progressive agenda, which came to be known as the Wheeling Reforms, passed at the Masons’ annual communication that year in Wheeling. The vote — in which some members, according to custom, had full votes and some had quarter votes — resulted in a tie, with Haas casting the tie-breaking vote himself.

Days later, Coleman, who succeeded Haas as grand master, issued an edict setting aside Haas’ agenda, citing voting irregularities that he and others had witnessed.

You can read the full published story (Wayback Archive) here.

Additional reading
Lest We Forget.