You are here: Home / Masonic Traveler / More of the fight of Kentucky Masonic homophobia 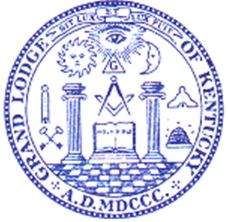 Back to the drawing board on the virtues and vices of Moral Turpitude, this time woven again with the Grand Lodge of Kentucky Masonry where it is being tangled in with the moral law.

Reported in late 2010, Kentucky Masons slapped down the open disdain for gay masons in a vote made in the Grand Lodge session.  The vote would have, if passed, made Kentucky Masonry a pro-family state that recognized only marriages between a woman and a man. The proposal, you might remember read like this:

The change to the Grand Lodge constitution failed, and a more open and diverse Freemasonry prevailed.

On the heels of the failed change, charges have been brought against the brother who was then Master of Right Angle Lodge in Winchester, Kentucky.

John Wright, the brother who was for a time at the heart of the storm, has a Masonic trial set for April 8th on Masonic charges that were filed against him in the weeks following the statewide Masonic same-sex marriage referendum.

The change sought in the constitution came in 2010 when Wright and his wife filed for divorce when he realized that he was gay. As Wright started to open up about what happened, he says, in an October 20th 2010 article on Kentucky.com article that “news of my sexual orientation spread … like wildfire,” which has lead to some Kentucky Masons to declare Homosexual relationships, openly professed and practiced,[as a] a violation of the moral law and therefore un-Masonic conduct. Saying further that no openly homosexual Freemason shall be allowed to retain membership in this grand jurisdiction.  The measure failed, and things settled down.

Reported today, March 24th 2011, in Kentucky.com is that membership of openly gay Masons is again being challenged as charges have been brought against Wright on the claim that he “violated the sanctity of his marriage” and “deserted [his wife] due to his homosexuality.” with another charge which alleged that Wright “revealed privileged Masonic Communications” because he talked openly about it.

The one charge said to of had no probable cause was that Wright had violated the Grand Lodge constitution because “he had openly forsaken his belief in God … by refusing to obey the Moral Laws in declaring his homosexuality which the Moral law declares as an abomination to the law of God.”

What’s most interesting is that the charges were brought by fellow Masons of neighboring lodges, not Wrights home lodge of Right Angle.

When inquery was made at the Grand Lodge by the articles author, Grand Secretary Joseph R. Conway declined comment.

Back to the quote from the beginning, Wright says in the article:

“Personally, I feel these charges are retribution for speaking out about the discrimination that I experienced,”

“In my heart, I feel that if I had left my ex-wife for another woman, nothing would’ve been said to me about it, nor would I have been brought up on charges, I know of many Masons in Kentucky who have been divorced and re-married, some several times, and charges were never brought against them for abandoning their spouse by causing a divorce action to be filed,”

Wright’s penalty, if found guilty, could include admonishment, a reprimanded, suspension, or expulsion.

Named in the piece are the 5 Brothers who found his distant actions to be so reprehensible, one of whom is a detective of Jessamine County Sheriff’s Department.

Interestingly, Jessamine County lists the treating of all people with tolerance and dignity as one of their aspects of Law Enforcement professionalism. Apparently, that’s no so the case outside the agency when concerned with a Moral Law.

You can find a complete list of those individuals who brought the charges in the Kentucky.com article should you want to send them a note to reconsider their actions.

Or, better yet, send a note to the Grand Lodge of Kentucky to let them know how you feel about the validity of the charges.  This could be a great learning opportunity shaped by the Fearless Campaign to shape LGBT rights going on right now in Congress.  Maybe this is a small step that Masonic leadership can take to empower themselves with the moral courage to do the right thing.

In the mean time, how do you feel? Do you think the charges are in retribution to Wright’s coming out of the closet and his subsequent divorce, or do you agree that he violated some un-coded and multifaceted Moral Law that weaves itself invisibly through our being like smoke but surrounds our decisions like iron?

Whose has the case for the moral turpitude?

END_OF_DOCUMENT_TOKEN_TO_BE_REPLACED

Raised to a Master Mason in 1908, at Harmony Lodge No. 17 in Washington, DC, Carl H. Claudy  served as the Master and eventually as Grand Master of Masons … END_OF_DOCUMENT_TOKEN_TO_BE_REPLACED

In this final installment of the Faith Hope and Charity series, we consider the symbolism of charity, or perhaps better called love. It is this attribute that … END_OF_DOCUMENT_TOKEN_TO_BE_REPLACED

In this installment of the Symbols and Symbolism of Freemasonry, we examine the text of Albert Mackey's Encyclopedia of Freemasonry on the symbolism of … END_OF_DOCUMENT_TOKEN_TO_BE_REPLACED

In this installment of the Symbols and Symbolism of Freemasonry, we consider a reading of Albert Mackey's text on the subject of Faith as it pertains to … END_OF_DOCUMENT_TOKEN_TO_BE_REPLACED