You are here: Home / Masonic Traveler / Trouble brewing in the Philippine house of Masonry

The following comes from a note I picked up on in news link from Facebook. The article posted on the Isagani Lodge No. 96 Facebook page, and is less an inditement and more a question as to a growing cloud of mismanagement and nepotism that, they believe, has infultrated Philippine Freemasonry. 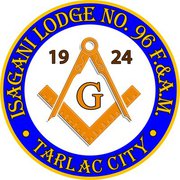 Its called the author to ask the question – Is Philippine Masonry self-destructing?

…It was only during the late seventies that the tentacles of patronage politics, Philippine style, started to creep slowly into the activities during annual communications. Even then, it was only an on-off thing and it was tolerable to say the least. Expenses were limited to lunch and snack invitations, under the guise of fraternal fellowships. These practices, more common to civic and social clubs, have spread among the brethren and were tolerated…

Politics per se is not all evil….What makes it taboo in masonry are the strategic actions employed by aspirants, particularly those bordering on bribery and corruption.

While there are specific prohibitions which if violated by a candidate can result to disqualification, these prohibitions were easily circumvented either directly or indirectly. In many cases the violations were committed by brethren who were identified as close to the candidates. The acts of bribery and corruptions come in various forms, such as free plane fares, hotel accommodations, fellowships and entertainments, registrations for voting delegates, payment of lodge arrears to the GLP, promises of appointments as Grand Lodge officers. Sad to say, many brethren have become vulnerable to these tempting offers, others make demands from these JGW wannabees as if extracting from Hiram Abiff. Most would succumb to these material favors and accept these freebies, and participate only during the roll call of lodges and the election of officers during annual communication. The rest of the time was devoted to enjoyment, courtesy of the candidate. The end result is an elected JGW not because of his Masonic maturity and qualifications but due to his financial capabilities and resources. And, after three years we see him as the GM of the GLP.

We have seen this scenario many times and there seems to be no improvement at sight. Those who bought their way up to the Grand Oriental Chair have come and gone. Some did well but most of them did not. Various scandals were unearthed during previous plenary sessions. The opening of clandestine GLP bank accounts, excessive foreign travel expenses, the bankruptcy of the Acacia Mutual Fund, and the breakaway of the Cavite brethren to form the IGLPI were just some of the unhealthy results of having irresponsible and immature brethren at the helm of power.

What seems to be the problem? Is it in the process, the PGMs, the candidates or the voting delegates? The current process of selecting the next JGW depends largely on the suggested names and the final nominations by the PGMs. This part of the electoral process has a timeline of almost five months, during which all powers either to qualify or disqualify rest on the PGMs. Coincidentally, it is also during this five months period that most of the violations are committed. It is during this period when horse trading, acts bordering on bribery and corruption are rampant. It is an open activity and widely known amongst the brethren. Unfortunately, the PGMs are not aware of it or they simply plug their ears and look at the other side.

The candidates could not care less. Knowing the process, only those who aspire for fame and power would be interested to participate. Only those with overflowing financial resources would be willing to spend. Brethren with noble intentions would rather decline and not participate in the electoral process. They do not wish to be part of a mockery and disgrace to masonry.

The actions and decisions of the voting delegates reflect the shallowness and lack of Masonic education on the lodge level. It shows lack of understanding of what masonry is all about. It clearly reflects the Masonic immaturity of the present membership. This is a great challenge to the lodge leadership and the Grand Lodge as well.

It’s an interesting read for sure. Is it really a self destruction or just a change in the way things are done. What stood out to me most clearly was the statement that “…the voting delegates reflect the shallowness and lack of Masonic education on the lodge level…” but then maybe thats just where the problem is at.

END_OF_DOCUMENT_TOKEN_TO_BE_REPLACED

Raised to a Master Mason in 1908, at Harmony Lodge No. 17 in Washington, DC, Carl H. Claudy  served as the Master and eventually as Grand Master of Masons … END_OF_DOCUMENT_TOKEN_TO_BE_REPLACED

In this final installment of the Faith Hope and Charity series, we consider the symbolism of charity, or perhaps better called love. It is this attribute that … END_OF_DOCUMENT_TOKEN_TO_BE_REPLACED

In this installment of the Symbols and Symbolism of Freemasonry, we examine the text of Albert Mackey's Encyclopedia of Freemasonry on the symbolism of … END_OF_DOCUMENT_TOKEN_TO_BE_REPLACED

In this installment of the Symbols and Symbolism of Freemasonry, we consider a reading of Albert Mackey's text on the subject of Faith as it pertains to … END_OF_DOCUMENT_TOKEN_TO_BE_REPLACED