For those with an international interest in Freemasonry the organizers of the Summer 2014 International Masonic Workshop have planned a host of panels, debates and round tables inviting several distinguished speakers to deliver papers and lectures. 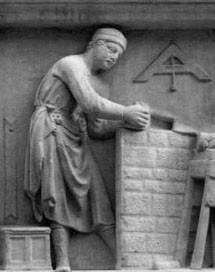 The first Summer International Masonic Workshop will be held in Athens, Greece, between Wednesday August 27th and Sunday August 31st, 2014.

The event is a unique opportunity for Freemasons around the world, as well as for anyone interested in Freemasonry and their families and friends to meet, get acquainted and discuss options and opinions on Freemasonry, while they enjoy a summer break next to an idyllic beach in Athens Riviera.

Participants sharing an interest in the Craft will have the chance, in a casual laid-back atmosphere, to communicate, exchange ideas and thoughts, to see old friends and to make new ones.

The aim of this Workshop is to provide an overview of the most recent topics concerning the Fraternity, such as: The role of Freemasonry in the 21st century, Regularity, recognition and fraternal relations, Masonic research etc.

The Summer 2014 International Masonic Workshop will hold two different types of speeches: lectures during plenary sessions by the invited keynote speakers and short presentations by the participants in the Workshop.

The organizers have established a list of panels, debates and round tables and have invited several distinguished guest speakers, who will deliver papers and lectures: John Belton (Author of The English Masonic Union of 1813

), Dr. Ric Berman (author of The Foundations of Modern Freemasonry

and Schism: The Battle That Forged Freemasonry

The program of the Workshop, as well as several indicative topics for short papers and presentations, were announced at the event’s website.

The Workshop will take place in Alexander Beach, a 4 star hotel located in Anavyssos, in the Athens Riviera, in front of an idyllic, blue flag awarded beach, 47km from the center of Athens, close to Sounion.

Several packages including a variety of accommodation and hospitality services, have been released at the event’s website.

END_OF_DOCUMENT_TOKEN_TO_BE_REPLACED

Raised to a Master Mason in 1908, at Harmony Lodge No. 17 in Washington, DC, Carl H. Claudy  served as the Master and eventually as Grand Master of Masons … END_OF_DOCUMENT_TOKEN_TO_BE_REPLACED

In this final installment of the Faith Hope and Charity series, we consider the symbolism of charity, or perhaps better called love. It is this attribute that … END_OF_DOCUMENT_TOKEN_TO_BE_REPLACED

In this installment of the Symbols and Symbolism of Freemasonry, we examine the text of Albert Mackey's Encyclopedia of Freemasonry on the symbolism of … END_OF_DOCUMENT_TOKEN_TO_BE_REPLACED

In this installment of the Symbols and Symbolism of Freemasonry, we consider a reading of Albert Mackey's text on the subject of Faith as it pertains to … END_OF_DOCUMENT_TOKEN_TO_BE_REPLACED