You are here: Home / Archives for All men are created equal

All men are created equal

I stumbled across this post from John Whitehead, a Catholic Historian in Oxford, in his blog Once I Was A Clever Boy who had some interesting thoughts on Catholicism and Freemasonry. In it he said:

Whether Freemasonry is a direct threat in this country [England] or in the English speaking world to Christianity may be doubted by some, but…its essential ideas are not supportive of the Church’s vision and message. Freemasons may not actively plot over their dinners how to do the Church down, but their ideals reinforce post-Enlightenment attitudes and ideas that are not conducive to revealed Catholic Christianity.

His post was based on another by Fr, Ray Blake from St. Mary Magdalen Church in Brighton England. From Fr Ray Blake’s blog – Masonry is a mortal sin…

The basic doctrine of Masonry is that whether we are a Jew, Christian or Muslim, we are all brothers, that these differences are unimportant. Ultimately of course that means that the uniqueness of Jesus Christ as the Way to Salvation is undermined and unimportant, that being Catholic or CofE or Baptist or Methodist is immaterial, all are as good as one another. Masonry is ultimately about enshrining Enlightenment values which we see in the American and French Constitutions which are so antipathetic to the Catholic Faith: I mean values like “All men are created equal”, which are now so much part of modern thinking.

Who in practice is against such concepts as liberty, equality, fraternity?

The truth is that we Catholics are, or at least we would want to qualify such sound bites, as in fact society does in practice. All men are not created equal, some have special needs others have unique abilities, some will cost society dearly, some will contribute greatly.

I wonder then, could you extrapolate and say the Church does not see all men on the level towards God, are some closer to deity than others , no matter their statement of faith? Is there a caste system of faith behind the Roman Church of who is in more Grace than the other?

All this talk stemmed from an older piece Good Catholics Should Not be Masons, written in 2009, in the Catholic Online from an article written by Fr Ashley Beck who is assistant priest of Beckenham in south London, which reiterated something most Masons already knew:

The Catholic Church teaches that Freemasonry and Christianity are incompatible. The Holy See in 1983 reiterated the traditional position that Catholics who are Freemasons are in a state of grave sin and may not receive the sacraments – the Declaration on Masonic Associations was signed by the then Cardinal Joseph Ratzinger and makes it clear that local bishops cannot dispense from its provisions.

In this piece, the author gets to the heart of the matter and states:

The overriding problem is that in spite of what Freemasons claim, their way of life is a religion, with all of religion’s hallmarks. You can no more be a Freemason and a Christian than you can be a Muslim and a Christian. Catholics are committed to inter-faith dialogue and mutual respect, but this requires Freemasons to be honest about what they are. For Catholics, thinking about the reasons for the gulf between us can deepen our understanding of the Christian faith.

This rhetoric comes up every few years, and American Masonry quickly disassociates itself with the claim that its “different” than European Masonry and that the Church is OK with membership in both organizations.

I wonder what, if anything, would come from the Vatican on the matter. We do have the 1983 Declaration, but is that valuable now 28 years on? and, I wonder to what degree American Masons pay heed to it, choosing their own free will and Liberty over doctrine? I feel for those brothers, to know that the agent of their faith sees them as in a state of grave sin. To be in a Grave Sin means that the individual still “sin[s] willfully after having the knowledge of the truth, [such that] there is now left no sacrifice for sins.” Essentially, it becomes a premeditated act of offense. 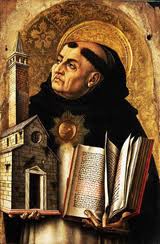 You can find a (long) list of Grave Sins at the website What is a Mortal Sin, of which I counted 48 – from Lust to Despair in Hope. All of which stems from Summa Theologiae of St. Thomas Aquinas.

Clearly, these various points raise a number of questions and points, to which I would refer the reader to an article, The Catholic Church and Freemasonry, published last year in which Rev Mr. John J. McManus, JD, JCL – a Church Deacon and attorney, spoke at Gate City Lodge and delved into these topics there and in person.  In that presentation, and in the piece, he enumerates 11 positions on why the church and Freemasonry are incompatible which had a significant outcome which lead to the 1983 fundamental conclusion which said:

“Even though Masonic organizations may not in particular cases plot against the faith, it would be still wrong to join them because their basic principles are irreconcilable with those of the Catholic faith.”

Given the tone of the Church, many in the Protestant arena have agreed with the same conclusion.

All of this brings us to some interesting and unanswered questions:

END_OF_DOCUMENT_TOKEN_TO_BE_REPLACED

Raised to a Master Mason in 1908, at Harmony Lodge No. 17 in Washington, DC, Carl H. Claudy  served as the Master and eventually as Grand Master of Masons … END_OF_DOCUMENT_TOKEN_TO_BE_REPLACED

In this final installment of the Faith Hope and Charity series, we consider the symbolism of charity, or perhaps better called love. It is this attribute that … END_OF_DOCUMENT_TOKEN_TO_BE_REPLACED

In this installment of the Symbols and Symbolism of Freemasonry, we examine the text of Albert Mackey's Encyclopedia of Freemasonry on the symbolism of … END_OF_DOCUMENT_TOKEN_TO_BE_REPLACED

In this installment of the Symbols and Symbolism of Freemasonry, we consider a reading of Albert Mackey's text on the subject of Faith as it pertains to … END_OF_DOCUMENT_TOKEN_TO_BE_REPLACED