You are here: Home / Archives for Arizona 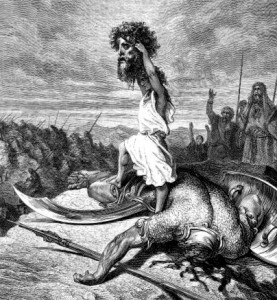 The Beehive has often been accused of muckraking Masonry, exposing the seamier side of Masonry to the detriment of the Craft. Actually I have written just four major stories that involved battles with Grand Lodges plus perhaps a few more articles on the state of Grand Lodges in general.

Along the way the Beehive has turned down over 100 requests from other Brothers who have been dealt a nasty and unwarranted blow by their Grand Lodge.  Their hurt cries out for closure yet a litany of one injustice after another on the Beehive would soon make it irrelevant.

Fellow Masonic Traveler Greg Stewart just penned an article titled “When it Reigns…” where he reports the questionable expulsion of PGM Neal Bidnick of New York and the firing and suspension of Arizona Deputy Grand Master Mike Meier.  It is the Arizona situation we now turn our attention to.

The majority view is that these are isolated incidents and/or that they are none of our business only the business of the jurisdiction where they occurred. That’s the old syndrome of when Hitler came after the Jews it was no concern of mine because I’m not a Jew.

Most Masons when they hear of Grand Lodge abuses and injustices criticize any action but going through the prescribed Constitutional redress of grievances available in theory in all jurisdictions. It sounds good but the practical application runs into reality. Theory is theory and reality is reality and never the twain shall they meet.

Just yesterday The Beehive received a reader’s comment that took Derek Gordon to task for not following regular channels to right a wrong on the part of Grand Lodge. If he was charged with something he must be guilty of something, right?

“Quitting is NOT an American trait much less that of a Freemason. I’ve read the Arkansas GL By-Laws and there are a number of remedies for any rank & file Mason to avail himself of, including legislation at a GL session. I have no idea whether Bro. Gordon committed a Masonic offense but by AR GL By-Laws he has the remedies of a Masonic Trial plus the GL in session can disapprove the actions of a GM. (bearing in mind ANY GL in session is largely rank & file Masons representing subordinate Lodges. If the various delegates choose to ignore a wrong, shame on them but unless one follows the procedures, which were agreed to during the Degree oaths, one cannot complain).”

What would you say in the Frank Haas case where the Grand Master called Haas and asked him if he was going to be present at his next Lodge meeting and then worked up some excuse why he asked the question? When Haas showed up the Grand Master was there waiting for him and expelled him on the spot, without a trial in front of his father. Do you think this Grand Master followed his Degree oaths? Why is there never any legal or moral limitations on Grand Masters?

Maybe the commenter was right as Brother Jack Buta tells us what went on at the recent Grand Session of Arizona.

“What an exciting day!

Perhaps the best comment on the events of the first day of the Grand Lodge can be summed up by a distinguished guest from the Grand Lodge of Maryland. He stated “The Maryland Grand Lodge has been in business for 225 years during which time I thought that everything which could happen at a Grand Lodge had happened. After what transpired this morning, I was proven wrong.”

The Grand Lodge opened to a packed house with 47 visiting dignitaries from all over the United States, approximately 270 voting members of the Grand Lodge carrying 350 votes. Prior to the opening, the Grand Master announced to the overcrowded Lodge room that he was aware several Brothers in the Lodge had plans to disrupt the meeting and should they try, they would be escorted out of the lodge, their credentials confiscated and not allowed to re-enter.

The Grand Master opened the Grand Lodge, the roll call of the Lodges was completed, and the roll call of the Grand officers begun. At the mention of the appointed Deputy Grand Master, things began to go from bad to worse. Eleven men stood up in protest, Rick Skoglund, Jim Moore, and I, on the Grand Master’s right, and eight members of Acacia Lodge on his left. The Grand Master ignored those of us on the right and focused in on the 8 members from Acacia. He ordered their removal from the Lodge room. PM Adrian Fontes, an Attorney in the Phoenix area, who actually rewrote the Arizona Masonic Constitution in 2011, pointed out that they had the right to plead their case to the Delegates. After repeated demands by the Grand Master and receiving the same response, the Grand Master then threatened to suspend Adrian Fontes, and presumably  all the other Brothers on their feet. Adrian then demanded to know on what grounds. At this point other Brothers who were not previously standing began to object to the Grand Master’s actions. Finally, the Grand Master announced that he would close the Grand Lodge, have the room cleared and if anyone refused to comply he would call the authorities. At this point more Brothers objected. The Grand Master slammed the gavel down and ordered the room cleared, and walked out. However approximately 100 Past Masters, Masters, and Wardens refused to leave.

After a 45 minute stand-off, a compromise was agreed to. The first order of business would be a vote on whether or not the Grand Master had the right to suspend Michael Meier, the elected Deputy Grand Master. This was to take place without further Character assassination of the Deputy Grand Master.

Finally the vote was called for, the ballots counted, re-counted, and finally announced. The Grand Master’s suspension of the Deputy Grand Master was set aside in a very tight vote where the difference was approximately 20 votes.

The afternoon session was rather anti-climactic. After the Grand Lodge elections the new Grand Master is Jeff Carlton, Deputy Grand Master is William Garrard, Senior Grand Warden is Michael Manning. No breakdown of votes other than the total cast was provided.”

The point to be made is that Grand Masters are not God. Neither do they possess the infallibility of the Roman Catholic Pope.

In this case right beat might but is this any way to run a Grand Lodge?