You are here: Home / Archives for Buffington 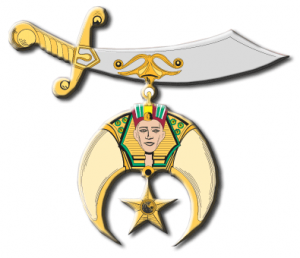 Such action or non action by the Grand Lodge of Iowa is setting a precedent. It follows the Grand Lodge of Ohio giving Past Grand Master Frank Haas sanctuary after being expelled from West Virginia. It looks as if Grand Lodges may not always rubber stamp support decisions by other Grand Lodges. The good old boys network is showing some cracks.

More light is shed by a letter from Theodore Corsones, General Counsel Emeritus of Shriners International and Shriners Hospitals for Children and also a Past Grand Master.

“Potentate Buffington was asked to run for a second term as potentate of Scimitar Shriners – which is lawful under Shrine law. The Grand Master did not want him to do so because he wanted another Noble to have the office.”

“Potentate Buffington left it to the members of the temple to decide and the temple members elected him for a second term.”

“Social Event. Buffington had a Christmas party at a country club. Other parties were occurring at the same time. One of the other parties had a DJ who was playing extremely amplified music. The DJ was asked to lower the volume. He complied. A member of the other party went to Buffington’s party and complained that they had no right to interfere with the other party. Words were exchanged. The country club looked into the matter and found no wrong doing by Buffington. (This was not pleasing to the Grand Master)”

“Masonic Lodge. A complaint was filed in Buffington’s Masonic lodge in Arkansas alleging that Buffington conducted himself improperly at the Christmas party. The lodge investigated the matter and dismissed the complaint alleging no wrong doing by Buffington. (This was not pleasing to the Grand Master).”

“Scimitar Shriners. Buffington’s temple was asked to look into the matter. The temple did, and found no wrong doing by Buffington. (This was not pleasing to the Grand Master.) “

“Shriners International. Shriners International held a hearing at the 2012 annual session at Charlotte, NC as to whether or not Buffington should be expelled from the Shrine because of being expelled from Masonry in South Carolina. A hearing was held and it was determined that Buffington was a member in good standing in Masonry in the Grand Lodge of Iowa and, therefore, he was eligible to remain a Shriner. (This was not pleasing to the Grand Master of Arkansas.)”

“As a result of all of the foregoing the Grand Master adopted his “scorched earth” policy against Shriners in Arkansas by issuing an edict that anyone who remained a Shriner in Arkansas had to self-expel himself from Masonry by December 15, 2012 or he, without any trial, would expel them from Masonry. Further he would not allow any Masonic lodge to issue a demit from Masonry to any Shriner (rightly fearing that such Masons would join Masonic lodges in other states). This is Masonry as it is presently practiced in the Grand Lodge of Arkansas.”

“Now, you have the basic facts.”

“I am proud to inform you that Shriners International is blessed to have Alan W. Madsen as its Imperial Potentate during this unprecedented time. He is standing tall for what is right and proper. He will not allow Shriners International nor Shriners Hospitals for Children to be destroyed by the unconscionable acts of those that have lost all common sense and no longer practice fraternal love and amity.”

“If you have any questions, do not hesitate to communicate with me.”

END_OF_DOCUMENT_TOKEN_TO_BE_REPLACED

Raised to a Master Mason in 1908, at Harmony Lodge No. 17 in Washington, DC, Carl H. Claudy  served as the Master and eventually as Grand Master of Masons … END_OF_DOCUMENT_TOKEN_TO_BE_REPLACED

In this final installment of the Faith Hope and Charity series, we consider the symbolism of charity, or perhaps better called love. It is this attribute that … END_OF_DOCUMENT_TOKEN_TO_BE_REPLACED

In this installment of the Symbols and Symbolism of Freemasonry, we examine the text of Albert Mackey's Encyclopedia of Freemasonry on the symbolism of … END_OF_DOCUMENT_TOKEN_TO_BE_REPLACED

In this installment of the Symbols and Symbolism of Freemasonry, we consider a reading of Albert Mackey's text on the subject of Faith as it pertains to … END_OF_DOCUMENT_TOKEN_TO_BE_REPLACED