You are here: Home / Archives for Coffee

– That’s it; enough is enough; leave me alone! 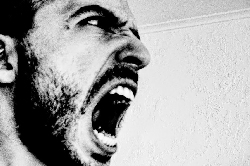 Recently I came upon the following headline, “Drinking Too Much Coffee Is Now A Mental Disorder” and I was taken aback by the column. I don’t know which was worse; the column itself or that a publication would give it Internet ink. After reading it, I just snapped. I’ve been drinking coffee since college and, like a lot of people, have made it a natural part of my morning ritual. I love a good cup of coffee and I don’t want to be accused of having a mental disorder. This type of warning is how political correctness starts and frankly I’m sick of it.

I’m going to continue to drink coffee, enjoy my Scotch, and smoke a good cigar. No, I do not need Viagra, Cialis, and my testosterone level is just fine thank you. No, I do not need all of the drugs they list incessantly on television, and I certainly do not want to bother my doctor to talk about it. Yet, I am remarkably free of social disorders and mood swings. I eat red meat, as well as white, fish, and just about everything else. No, I am not planning on dropping them anytime soon. I use salt, pepper, sugar and other condiments as I see fit, and I’ll bet my cholesterol is better than those of you who do not. I’ll drink a “Big Gulp” if I am so inclined, and maybe enjoy some chocolate now and then. I do not need to see the listing of calories on my menu; I already know what is good for me, and what is not.

No, I do not want to shave my chest or wear whisker stubble at work because it is supposed to be sexy; it’s stupid. I am not impressed with what Hollywood produces, nor do I care what the dim bulb entertainment crowd thinks. I also do not like computer generated graphics in the movies, preferring instead a good story line and script, but I guess that’s asking too much. I still do not wear a helmet when I ride a bicycle, which isn’t often, and I occasionally forget to put my seat belt on; I guess I like to live on the wild side.

I do not believe in “undocumented immigrants”, they are illegal and they are certainly not citizens, hence I’ll continue to use the expression “illegal aliens” regardless if it offends anyone. And, Yes, there is still a “War on Terror” and there are “Extremist Muslims” who are terrorists. No matter how you try to dress up a pig, it’s still a pig. I do not need any sugarcoating. Also, quit trying to give my money away to someone else. I’ll decide what charities I want to support. And leave my guns alone. The “violent” cartoons of the 1950’s didn’t cause me to kill anyone or mutilate myself.

I guess what I’m saying is quit trying to dig up crap that I couldn’t care less about. Do not try to be my conscience. Solve the big stuff stupid and let the little stuff take care of itself. Where I come from, you are responsible for your own actions. No, I do not want to live in a Nanny state where I’m “dumbed down” by the likes of Mayor Bloomberg who should just go away and mind his own business.

I may not be politically correct all the time but I certainly do not lose sleep over it. Why can’t these pseudo do-gooders just work and pay their bills like everyone else, and leave the rest of us alone? Thank you for your interpretation of what you believe is good or bad, but I’ll make my own decisions.

With that said, please forgive the nasty twitch, I think it was the caffeine talking.

A budget debate in Excelsior Lodge focused on memorial contributions for deceased brethren.  In the jurisdiction, it is customary for Lodges to remit a nominal amount as a memorial contribution to the state-wide Masonic charity, and I may reliably report that since time immemorial, that amount has been ten dollars.  I know this because several brethren of Excelsior Lodge have been Masons since time immemorial ;  one of them – Roy Mantooth —  was even Past-Master of Antediluvian Lodge No. 1, before he transferred, and his membership number, barely visible on his faded dues card, is four.

You read that right: Four.

So the story goes, when they decided they ought to assign membership numbers, Solomon took number one, then Hiram King of Tyre, then the other Hiram, and then Mantooth because he was the one who always filled the coffee pot. With Sanka.   Anyway – so since forever Excelsior Lodge has sent ten dollars as a memorial, until this year’s  sitting master – a dangerous and revolutionary firebrand, not to mention a financial daredevil  – decided to make the contribution twenty-five dollars and chaos ensued.

As discontent is concerned, it was pretty mild, like most things Masonic. No shouting or anything (that’s for The Elks, or worse: The Eagles). No, it was more like watching dandelions taking over your garden, slow, inexorable, and not really noticeable, but you wake up one morning and think,  wow – where’d all those weeds come from?  But like discontent everywhere, it was deeply rooted.

“We need to lower that memorial contribution back down to ten dollars,” Mantooth was saying in his forceful manner, “it’s been ten dollars since I’ve been here and that’s always been good enough in the past.”

Always been good enough in the past.  You run into this sentiment a lot in Masonry.  In fact, I think it’s a Masonic motto: Is est satis pro habenae opus. A few nods from some of the older fellows and Mantooth started gathering more steam, “ I mean, if we were going to send flowers to the funeral – instead of sending a memorial to the Charity – we wouldn’t spend more than ten dollars, anyway…”

To be fair, Mantooth is not a florist, but one of the younger fellows piped up at that, saying  “that would be a pretty lame bunch of flowers for ten bucks,” but  it didn’t register.

And the problem is, it usually doesn’t register, because the divide between the older and younger members is very deep.  We’ve all noticed them in a hundred small ways – the emblematical instant coffee, for example, which, with a plate of day-old snickerdoodles from Albertson’s, is the Alpha and Omega of a typical Masonic fête.  Our meetings are slack, our regalia tattered, and our dress codes are either from 1974, or would shock the staff at the City Rescue Mission, take your pick. But more alarmingly, our lodge halls are crumbling.  In some halls this occurs because the members have fled the instant coffee for the latte house, but in others it comes not from penury but from pure parsimony, and heaven help the master who suggests raising dues.

These are all symptoms of  doing Masonry on the cheap, and its effects are insidious.  It means not paying proper attention to good form because it’s easier not to, and it means that the way things were in the past is not only good enough now, but for the foreseeable future.  This is why members think that flowers still cost ten dollars, that instant coffee is an elixir, and that red Bee Gees jackets present the image of the fraternity that will attract members in the critical 25 – 40 age group.  Because it’s always been good enough; no further analysis required.  If the goal of the fraternity was to rival the AARP in members over 65, we’d be in fine shape.

If not, it’s time to unplug the percolator. Go digital instead of analog.

I don’t pretend knowing how to pry the dead hand of the past off the steering wheel, but a good place to start is your officer line, you incoming masters.  Pack that sucker as full of young brethren as possible, giving yourself a coterie of men who share your priorities and who can withstand the insistence that the old way is the only way. With a young line, you still might have an antediluvian secretary (or treasurer), but with no voting bloc of his own, that’s a majority of one. Too often, the young men are sidelined because they don’t know the work, or because the master wants “seasoned” brethren in line to help him out.  This can be helpful in the short term, but it will defer our younger members assuming the mantle of leadership for as long as it continues.

And if you hate Sanka as much as I do – the sooner you start, the better.

This was originally published under audevidetace