You are here: Home / Archives for Constitution

Any Freemason that has taken a moment to delve into the history of Freemasonry, has undoubtedly discovered a legendary history of the order. Typically these histories will include an account of the fraternity as carried down from Adam through the building of King Solomon’s Temple and practiced by Pythagoras. For many Freemasons, these histories are confusing. While they are very grand and interesting, they leave much to be desired by the inquiring mind. Today, we will examine where these legends came from, discuss their purpose, and hopefully shed some light on these epic Masonic histories.

The first known account of Masonic history that included prominent characters from the Bible and the classic periods was included in Anderson’s Constitutions of the Free-Masons. This particular history is very elaborate and includes the great influence of Masonry throughout the existence of man, including its effect on the history of England. Anderson’s Constitutions does not explain whence this account originated nor does it reference any documents which can provide additional information. It is a speculative account of Freemasonry’s origins, which was developed to imply the greater grandeur of the noble order.

The practice of creating these histories was not uncommon during the period that Anderson composed the Constitutions. A quick investigation of the Independent Order of Odd Fellows will show that this organization also provides a speculative history. Some trace that particular order back to the exile of the Israelites in Babylon.2,3 These elaborate histories are intended to provide a sense of pride in the fraternity by appealing to one’s religious and geographical identity. Not surprisingly, the founders of modern Freemasonry in England included characters from the Old Testament and British royalty in their history to appeal to their member’s religious beliefs and patriotism. Perhaps the fact that the Freemasons had one of the most detailed and awe-inspiring historical accounts contributed to their unmatched success as a fraternal order.

Despite the fact that this historical account seems obviously fabricated to create a greater reverence for Masonry, many Masonic scholars have expanded upon these legends. These elaborations are probably the primary reason that some Freemasons are quite convinced that these legends are true. Albert G. Mackey, Albert Pike, and Manly P. Hall are among those that embellish the first Masonic epic from the Constitutions of 1723. These accounts include a detailed history of how Masonry was established and passed among the Hebrews, the union of chivalric orders such as the Knights Templar with Freemasonry, and the effects of the mystic traditions on the fraternity. Whether these scholars intended for their histories to be viewed as legendary or factual is unknown. What is known is that these accounts are completely lacking in any historical basis and like the history provided by Anderson, was probably intended to provide a sense of purpose for the order.

What we do know about the origins of Freemasonry is that the first Grand Lodge was formed in the early 18th Century by a few speculative lodges that had been operating independently for some time. We may never know the true history of our speculative art, but we can take pride in the organization that it has become. Additionally, our speculative history does serve as the basis for many of our beautiful degrees. It is entertaining and rich in symbolism. It is a part of who we are as a fraternity and as long as we recognize the Masonic legend for its ritualistic significance and not as factual evidence of our longevity, it will continue to serve our noble order well. 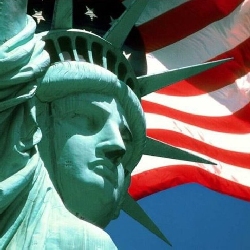 Now that we have survived the elections, where we were incessantly told what is wrong with America, perhaps it is time to reflect on what is right with it. I realize there are still hard feelings on both sides of the political spectrum, but we should shake it off and begin by thanking God we had a peaceful transition and not a bloody military coup like some countries experience. It proves the system works. We have had more than enough scurrilous rhetoric which shows how embarrassingly barbaric we can become, let’s try something more positive instead.

Many people see our cultural diversity as our weakness, particularly our opponents. Actually, it is our strength. First, it proves people of all religious, ethnic and racial types can live and work together. We may have disagreements because of our cultural backgrounds but it also brings a lot of ideas and innovations to the table. It is remarkable to see people of diversity work together be it in the classroom, playing field, workplace, or to defend their country. Frankly, this mystifies our enemies.

One American trait that is often overlooked or taken for granted is our philanthropy. When havoc strikes, people look to the United States first for help. We are generous to a fault and I believe this is again due to our cultural diversity. Not only do we contribute with our pocketbooks, but with our hearts and hands. How many times have you seen Americans drop what they are doing and rush to the aid of someone else? It is in our DNA. In 2010 alone we made substantial contributions in the Chilean miner rescue, the Haitian earthquake disaster, as well as the earthquake in Peru; all of this while we simultaneously cleaned up after the Gulf coast oil spill, and continued to fight the War on Terrorism.

We are a country with plenty of natural and man-made resources. Some would say we foolishly waste our resources, and they may very well be right. Our record for waste and pollution is well known, but so is our ability to overcome such problems and do what is right, not just for the United States, but the world overall.

We have some of the most intelligent, energetic, and creative people on the planet. Why? Because our free enterprise system encourages people to take risks, express themselves, and encourages innovation and exploration.

It all comes down to the U.S. Constitution, a brilliant document which defines how we are governed. Without this document, God knows where this country would be. In all likelihood, there would be no “checks and balances,” there would be no individual liberties, and no sense of empowerment in its citizens. Consequently, we would probably not be as philanthropic as we have been, nor would we be the defenders of freedom in the world.

As a country, we are certainly not perfect. For example, we are much too reactive as opposed to proactive for my liking; we still struggle between social classes, and; we are too tolerant of injustice, not to mention our social graces are lacking. Regardless, I have seen a lot of systems in other countries, and we look pretty darn good when you compare us to others.

What is right with America? Our freedoms and liberties, our people, and our system, thanks in large part to a little piece of paper called the U.S. Constitution. This is why all of us, not just our officials, must always be vigilant to preserve, protect and defend it.

Now if we could just do something about common sense…

END_OF_DOCUMENT_TOKEN_TO_BE_REPLACED

Raised to a Master Mason in 1908, at Harmony Lodge No. 17 in Washington, DC, Carl H. Claudy  served as the Master and eventually as Grand Master of Masons … END_OF_DOCUMENT_TOKEN_TO_BE_REPLACED

In this final installment of the Faith Hope and Charity series, we consider the symbolism of charity, or perhaps better called love. It is this attribute that … END_OF_DOCUMENT_TOKEN_TO_BE_REPLACED

In this installment of the Symbols and Symbolism of Freemasonry, we examine the text of Albert Mackey's Encyclopedia of Freemasonry on the symbolism of … END_OF_DOCUMENT_TOKEN_TO_BE_REPLACED

In this installment of the Symbols and Symbolism of Freemasonry, we consider a reading of Albert Mackey's text on the subject of Faith as it pertains to … END_OF_DOCUMENT_TOKEN_TO_BE_REPLACED