You are here: Home / Archives for David Naughton-Shires

When I first started expressing myself in Freemasonry the medium that I used was the one which all the great old Masters of Masonic scholarship used – the word, the printed word.  So I wrote many words, words of explaining, of informing, of changing, of reform – so many words.  Isn’t that what every Masonic author does – conveying his or her messages in many words? 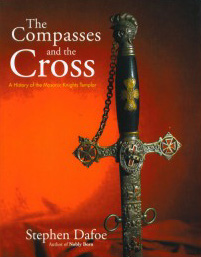 Then along came Stephen Dafoe who, within Freemasonry, decided words are nice, they are the very bread and butter of every author, but they are not the totality of an integrated work of scholarship.  What an author’s work needs, proposed Dafoe, was proper illustration and artwork.  So Dafoe was meticulous about the covers to his books and the magazines he published.  He hired Steve McKim to produce some beautiful artwork for his covers and some for the inside pages.  Dafoe would always add many illustrations and pictures to his work and if you take a look at Nobly Born and The Compasses and the Cross you can see the development of this style to its utmost perfection. You can’t read a Dafoe work today with just words, or let’s say not very often anyway.

Then along came Greg Stewart.  He wasn’t writing books but he was still in the profession of Masonic scholarship.  Stewart is very good with words but he is also an excellent graphic designer and an originator of some of his own Masonic artwork. Stewart immediately saw the need in online Masonic websites for a marriage of the printed word and the visual.  Right from the start on his websites you could actually visualize what he was also writing, culminating in his remake of Freemason Information into a consortium of Masonic writers where with the expertise of Dean Kennedy he crafted a website using word, pictures & artwork and video.

Words without pictures leaves little to the imagination and often allows no room for personalization of the message.  The author is leading the reader in a direction he wants to take him/her only utilizing the printed word. The journey is well structured but if the reader becomes claustrophobic or fails to connect with the intent of the author the two will part company.

Pictures without words allows the observer’s imagination to wander off in a hundred different directions at once.  There is not enough structure for the artist to be sure that the receiver understands the message that he wishes to convey.

When words and pictures are used together the mind can be brought back into a narrower focus on what the author is trying to convey, yet there is room for the reader to personalize the message and through the powers of imagination carry it into his or her own life experiences. 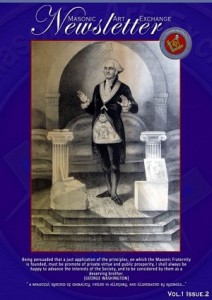 Which leads us to symbols.  Symbols are a representation of a concept.  They are drawings with a definite purpose in mind. Whether it is the Cross, the Golden Arches or the Square and Compasses, they are a picture with unspoken words attached.  That is why they are so powerful; they can do double duty simultaneously. And that is why multi talented creators like Dafoe & Stewart who can turn a good word while at the same time provide great visual effects that enhance their work are so successful at what they do.  Now put them in a setting where the use of symbols runs strong and you provide them with the ultimate opportunity to unleash their creativity.  Add to that the fact that both men are excellent speakers and have produced Masonic radio shows to compliment the rest of their work and you have two artists who have the ability to present their work using many different avenues of perception.

Nobody knows this better than David Naughton-Shires.  He may be the newcomer to the scene but he is following in the footsteps of Dafoe and Stewart. He understands, as they do, how important the use of all the human senses is in the creation of the work of an artist. He realizes that in order to get one’s work recognized, a creator has to appeal to the observer in many different ways. It is my humble opinion that Naughton-Shires is no newcomer to the knowledge of these facts nor is he new to the ability to produce such integrated work but that it has been his involvement with Freemasonry that is new to him and that has unleashed his creativity and ability into actual great creations and enabled his work to be noticed.  And that is because, in my opinion, the power of the symbolism of Freemasonry is so great, so strong and so conducive to the creative artist being able to express himself that it just opens an artist’s creative juices to full flow.  Freemasonry is the best platform from which to create great works because of its great symbolism, its long history spanning centuries, and its message of passion for nobleness, righteousness and equality.  There are very few other settings that are as conducive to opening up the greatness of an artist.

Nauthton-Shires is carrying the New Age Of Masonic Expression into its next phase.  He has a little twist on the applications of Dafoe and Stewart.  Rather than producing words with enhancing visual effects, he is producing the visual, artwork, enhanced by words. This removes Masonic scholarship even further away from the bookshelves.  Soon applications such as Power Point presentations which can be shown almost like movies will be a Masonic creative specialty and I have no doubt that a man like Naughton-Shires will be leading the pack in taking Masonic expression into deeper and unexplored waters.

That being said Naughton-Shires is proving he is no flash in the pan, no fluke, no 90-day wonder. Rather what I see is continued growth and depth of presentation in his work as demonstrated by his latest Issue 3 of The Masonic Art Exchange Newsletter.  He has adopted a Knights Templar theme for the next four or five issues and this Newsletter is sort of an introduction to Templar art. Naughton-Shires asserts:

“Most of the ‘standard’ Templar art is seen in almost every book, magazine and article on the warriors who wore the red cross, and I will attempt to include this in my article but I hope to show art by lesser known modern day artists in the issues that will cover this subject.”

The cover page of this issue is a compelling picture of a Knight Templar called “Fear” and painted by the brilliant Argentinean artist Ignacio Bazan.

And Naughton-Shires outstanding feature article in issue #3 is titled, The Art of The Knight Templars:  Artistic Representations of The Crusader Knights of God. In it he features the story and work of Benedictine Monk Mathew Paris and a plethora of early Templar art.  Later issues will feature more modern Templar paintings and drawings.

The Knights Templar have been as Naughton-Shires says, “an enigma for many years.” Yet they hold an amazing attraction for modern day society that just can’t seem to get enough of the “lore of the Knights.” Like many of us Naughton-Shires has the “Templar bug” and I asked him what first intrigued him about this society?

“I have had a keen interest in the Templar since watching the movie Ivanhoe many many years ago in which they are depicted as the ‘bad guys’; of course after research I discovered that as with any group there were bad guys indeed but also many good guys.”

There is one picture in the article that really caught my eye.  It looks like a tapestry and features green and orange colors.  I couldn’t quite make out what was going on in what looked like a story of some kind in pictures.

Naughton-Shires explains what he knows about this work of art:

“The image is of a twelve century map of Jerusalem which depicts a crusader knight in a white mantle assisting the other knights. It is believed to actually be a depiction of St George but this is based on the Latin inscription behind his head that reads Scs Georgius”

There is also an Apron article in this issue and some other tidbits not available for viewing at the time this article was written.  But then again, I wouldn’t want to tell you all the good things in Issue #3 of The Masonic Art Exchange’s Newsletter.  Better you should go find out for yourself. 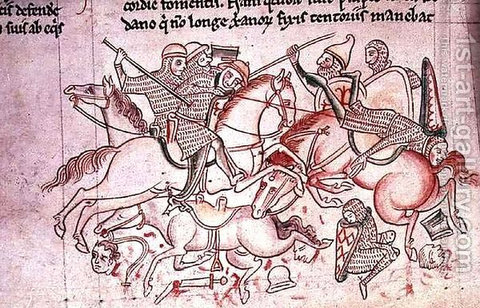 And as you do that note where Masonic scholarship seems to be going. We are entering a new age of Masonic Expression, one where the visual arts vault into first place ahead of the word.  And leading the charge is Naughton-Shires carrying the torch from Dafoe and Stewart who are shoo-ins for the 21st Century Masonic Hall of Fame. Sometimes the pupil surpasses the Master but that remains to be seen.

Naughton-Shires is still climbing the wall of stardom. It might behoove us all to grab onto his cable tow and let him pull us into greater heights of Light and once in awhile in the rough places, the precipices that do not hold, for some of us to pull him up and out.  The journey together, the journey shared is very rewarding. Naughton-Shires is beckoning for you to come along for the ride.  My advice is do it and don’t look back.

END_OF_DOCUMENT_TOKEN_TO_BE_REPLACED

Raised to a Master Mason in 1908, at Harmony Lodge No. 17 in Washington, DC, Carl H. Claudy  served as the Master and eventually as Grand Master of Masons … END_OF_DOCUMENT_TOKEN_TO_BE_REPLACED

In this final installment of the Faith Hope and Charity series, we consider the symbolism of charity, or perhaps better called love. It is this attribute that … END_OF_DOCUMENT_TOKEN_TO_BE_REPLACED

In this installment of the Symbols and Symbolism of Freemasonry, we examine the text of Albert Mackey's Encyclopedia of Freemasonry on the symbolism of … END_OF_DOCUMENT_TOKEN_TO_BE_REPLACED

In this installment of the Symbols and Symbolism of Freemasonry, we consider a reading of Albert Mackey's text on the subject of Faith as it pertains to … END_OF_DOCUMENT_TOKEN_TO_BE_REPLACED