You are here: Home / Archives for Decentralization 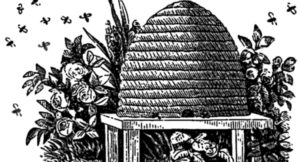 Freemasonry in the United States is at a crossroads and now is the time to do some soul searching and make some tough decisions.  The question that needs to be asked is, are Freemasons going to continue to allow the erosion of the power of the local Lodge?  Are they going to halt the spread of invasive, centralized Grand Lodge rule over every aspect of Freemason’s lives?

The plain fact is, ALL FREEMASONRY IS LOCAL. That was not a contested notion in the 17th, 18th and 19th centuries. The power of decision making rested in the local Lodge and Grand Lodge was more of a facilitator and adviser. It was once the job of Grand Lodge to organize its territory and attend to the ceremonial functions of grandeur and pomp leaving the “running of the business” to each individual chartered Lodge. Oh, there were broad guidelines including in some jurisdictions Landmarks to go by. But in reality the Grand Master used to function much as the present day King or Queen of England does.

That has all gone by the board. We have a new era of Grand Lodge dominance with strict top down rule. Right about now the reader will butt in with the thought that Freemasonry is not a democracy. Well, yes and no. The Worshipful Master of the local Lodge has and has always had unlimited power to rule and govern his Lodge.  He can rule it as a democracy or he can rule it by Master’s edict. He has by-laws, rules and regulations of Grand Lodge and the Landmarks to abide by. In generations past Grand Lodge requirements were of a general nature leaving broad room for local interpretation and application.  Not so today. Grand Lodge rule is very specific and detail orientated.  While the Lodge Master has always been granted absolute power within the guidelines enumerated, the Grand Master has never traditionally been granted such power.

It is only since the 20th century that Grand Lodges and Grand Masters have usurped power and decision making from local Lodges. There are two plausible reasons that we might surmise for the Grand Lodge power grab.

Where there is a vacuum, someone, something will rush in to fill it. But we need to ask ourselves as Masons is this the best course of action? Is this the best way of governing ourselves or are we actually stifling creativity and strangling development?

Glenn Beck offers some observations in his new book Broke that are applicable. While they are made in the atmosphere of the civil, political world, they can offer Freemasonry some insight.

“Over the last century the government has taken control of virtually everything it could get its hands on, from education to energy, from finance to health care.  It’s hard to understate the enormity of what has happened, but consider this: The number of federal regulators has more than tripled over the last fifty years to keep up with the government’s growth.”

“It’s ironic, but to cut through the bureaucracy and get things done, politicians like to create another level of bureaucracy.”

“That, of course, is the opposite of how successful companies operate.  The tendency in business is toward shifting away from centralized technology and a top down management style and replacing it with a looser, flattened, decentralized management.  Out with the old mainframe computer, in with the iPad; out with middle managers in corporate headquarters, in with franchise owners or branch managers who have real authority.”

“The reason this trend is happening is simple: It works.  Just look around at the companies that are doing well.  I can guarantee you that very few of them have a centralized bureaucracy with workers paid to punch the clock instead of innovate, create and make informed decisions.”

“Technology is decentralizing power and giving individuals more choices and freedom at lower costs and higher quality.  The internet itself is about as decentralized a system as could ever be created (although some are even trying to centralize control of that). You can pick the applications you want on your cell phone, do your banking online, buy virtually any product on the planet, and get news from a whole host of sources, some as small as an individual, some as large as a Fortune 500 corporation.  And that’s exactly the point: Decentralization helps create more freedom.”

“We are in the midst of a revolution in decision making and control and the reason is simple: Decentralization improves performance, generates new innovations, and empowers individuals by encouraging them to take on greater responsibility in return for greater potential rewards.”

So which model should American Mainstream Freemasonry emulate? There is today a large Masonic presence on the Internet.  Is there a need for a Masonic Internet Czar with centralized control to rule and govern Internet Freemasonry?

Where we are today is one step below a feudal Masonic system.  In Middle Age England (and elsewhere) Earls and Barons ruled all powerful little fiefdoms much like Grand Lodges in Mainstream Masonry have in every state. The only difference is that in the feudal system money and homage and support had to be passed onto the King.  We have no National Grand Master in the United States. That makes our American Masonic System tribal, a bunch of smaller kingdoms, inside the larger territory we know as the United States, answerable to no one.

If you look at Afghanistan today you see a tribal system of government. The President is a mere figurehead, all power being rested in warring tribes. Some African nations have the same model. Before the white man came to America Native American tribes ruled the land. Tribal governance is perhaps the worst way to organize and rule a territory. The levels of dissimilarity grow in a tribal territory and often there are clashes and jealousies. Mexico is on its way to becoming a tribal territory as warring drug cartels assume power the government used to posses.

Tribes develop their own particular styles and ways of doing things that are often quite different from other tribes in their area. This tends to blur any concept of nationality, leaving residents not citizens of a country but rather members of just a tribe.

The antidote to tribalism is not outlawing tribes and replacing them with an all powerful, centralized government, but rather diffusing any institution of total control, restoring localism with a federated national consensus.

That describes where we are at today in American Freemasonry. A host of tyrannical Masonic fiefdoms have been empowered, allowing each jurisdiction to make up whatever rules it desires, often times rules and regulations that destroy the real meaning of Freemasonry. Not only is there no American Masonic identity, neither does the tradition of ALL FREEMASONRY IS LOCAL exist anymore. Local Lodges have been stripped of all of their power.

All the recent cases of tyrannical Masonic abuse by Grand Lodges are directly proportional to the amount of centralized power they have grabbed. There is nothing in the history and traditions of American Freemasonry that permits lifting of a Lodge’s charter without reason or recourse, expulsion without a Masonic trial, all Masonic trials held at Grand Lodge, refusal to allow private Masonic websites in the jurisdiction, automatic expulsion for legal Masonic discourse via E-Mail, not allowing sponsorship of DeMolay & Rainbow or for them to meet in a Masonic Lodge and the list could go on and on.

Beck tells us this:

“Professor Lino Graglia of the University of Texas Law School once explained that keeping power decentralized and at a local level ‘controls tyranny’ and produces greater diversity and respect for individual preferences. ‘It can be shown arithmetically,’ Graglia wrote, ‘that as an issue is decided by larger units, involving more people, the likelihood increases that fewer people will obtain their preference and more will be disappointed.’”

The choices before us are really narrowed to three.

Choices one and two will only prolong the agony and are or would be the major cause of disillusionment within the Craft.

END_OF_DOCUMENT_TOKEN_TO_BE_REPLACED

Raised to a Master Mason in 1908, at Harmony Lodge No. 17 in Washington, DC, Carl H. Claudy  served as the Master and eventually as Grand Master of Masons … END_OF_DOCUMENT_TOKEN_TO_BE_REPLACED

In this final installment of the Faith Hope and Charity series, we consider the symbolism of charity, or perhaps better called love. It is this attribute that … END_OF_DOCUMENT_TOKEN_TO_BE_REPLACED

In this installment of the Symbols and Symbolism of Freemasonry, we examine the text of Albert Mackey's Encyclopedia of Freemasonry on the symbolism of … END_OF_DOCUMENT_TOKEN_TO_BE_REPLACED

In this installment of the Symbols and Symbolism of Freemasonry, we consider a reading of Albert Mackey's text on the subject of Faith as it pertains to … END_OF_DOCUMENT_TOKEN_TO_BE_REPLACED