You are here: Home / Archives for Enochian Magick 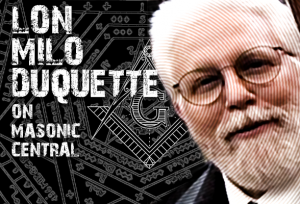 Within in Freemasonry, there are many titles and attributes bestowed upon its members, but few come to the table with the appellation of Magus. With a number of books having flowed from from his pen and a good many years of practice under an adept hand, Brother Lon Milo DuQuette is a stand-out example of bridging the esoteric with the obvious. Obvious at least to a few.

A Mason for many years, DuQuette has spent a substantial amount of time in the study of the realms of the tarot, Kabbalah, Thelema and Enochian Vision magic. Capturing the essence of DuQuette’s work, a quote from Aleister Crowley comes to mind in his saying,

“Magick was defined as the science and art of causing change to occur in conformity with WILL.” 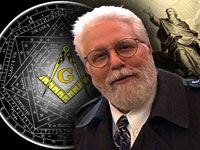 It’s that path in the conformity of will that led Masonic Brother DuQuette to his position within the Ordo Templi Orientis which itself has a rich history and modern day contribution to the occult practice.

In this episode, we explore the magical connections that Masonry may (or may not have) exist and what lessons we can find within the sage wisdom and teaching of the Masonic patriarch King Solomon.

No mere parlor tricks here. It is an excellent program of magical conversation, and delightful insights.

Works by Lon Milo DuQuette include:

In addition to his written work, Lon has a prolific musical career.

More of the Masonic Central podcast.

END_OF_DOCUMENT_TOKEN_TO_BE_REPLACED

Raised to a Master Mason in 1908, at Harmony Lodge No. 17 in Washington, DC, Carl H. Claudy  served as the Master and eventually as Grand Master of Masons … END_OF_DOCUMENT_TOKEN_TO_BE_REPLACED

In this final installment of the Faith Hope and Charity series, we consider the symbolism of charity, or perhaps better called love. It is this attribute that … END_OF_DOCUMENT_TOKEN_TO_BE_REPLACED

In this installment of the Symbols and Symbolism of Freemasonry, we examine the text of Albert Mackey's Encyclopedia of Freemasonry on the symbolism of … END_OF_DOCUMENT_TOKEN_TO_BE_REPLACED

In this installment of the Symbols and Symbolism of Freemasonry, we consider a reading of Albert Mackey's text on the subject of Faith as it pertains to … END_OF_DOCUMENT_TOKEN_TO_BE_REPLACED