You are here: Home / Archives for Exclusive Territorial Jurisdiction

This is a special Masonic Central re-broadcast from August 2008 when brothers Paul Bessel and Jerry Samet, past Grand Master Washington DC, joined us on the program for an enlightening conversation about Paul’s fantastic research and publication website, his book Masonic Questions and Answers

and a deep discussion into some of the further edges of mainstream masonry delving deeply into the Document of Exclusive Territorial Jurisdiction and the space between ‘regular’ Masonry and Prince Hall Freemasonry.   We also spent some time talking about the success (and challenges) of one day classes.

It was a great conversation and a fantastic program and one that I guarantee that you will get much from listening to, even if you heard on its original airing. These terrific brothers gave us some great discussion on how to make Masonry interesting and more enjoyable if we can keep it alive and relevant.

Listen to this re-broadcast here: 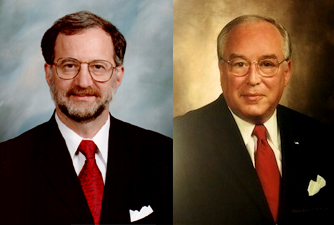 In this episode of Masonic Central, we are joined by Paul Bessel and Jerry Samet who are both prominent Masons in their own right, with Br. Paul having served in 7 Grand lodge offices under the Grand Lodge of Washington DC and Br. Jerry as the Past Grand Master of Washington DC. If those titles were not emphasis enough, Br. Paul is a prolific author and collector of Masonic information, which he publishes on his Masonic website www.bessel.org as well as in print in his 2005 book Masonic Questions and Answers

The original program was recorded August 31, 2008 at 6 PM PST on the Masonic Central podcast