You are here: Home / Archives for EXCUSES

– Why are the trucks breaking down?

To use this segment in a Radio broadcast or Podcast, send TIM a request. 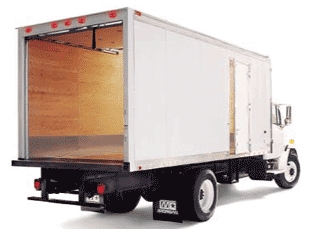 Down here in Florida we have a lot of problems with trucks breaking down, particularly those used for delivery or maintenance. It seems every time you make an appointment with a driver to drop something off or a workman who is scheduled to perform a task for you, they can never seem to be there on time and blame the truck for breaking down. Does this happen elsewhere in the country or is it something unique to Florida?

By my estimate, all of our roads should be littered with truck parts strewn everywhere. No wonder Detroit needs a bailout since it appears they no longer know how to make a workable truck anymore, nor do the Japanese, Koreans, or Germans. I would love to be in the truck repair business as they must be making a mint.

“No Tim, you don’t get it; there is nothing wrong with the trucks, they’re just using this as an excuse.”

Really? Gee, why can’t they just call and reschedule? That would be more respectful of the customer who wouldn’t waste time waiting on an air head who is probably going to do a ding-dong job for you anyway.

Maybe its just me, but I tend to have more respect for a person who admits a mistake as opposed to fabricating an excuse. After all, who does he think he is fooling? Me? Hardly. In our culture we tend to look at the admission of a mistake as a sign of weakness. I don’t. To me, it’s an admission that a person knows his/her limitations and is asking for help. I would rather know this as soon as possible as opposed to waiting for a calamity to strike and suffering the consequences thereof. It is a Bryce’s Law that, “The longer you delay admitting a mistake, the more expensive it will be to correct.”

Think about this, which is worse – the mistake or the excuse? It’s the excuse, right? After all, it’s only masking a mistake and means you are wasting precious time trying to uncover it. What’s so terribly wrong with admitting, “I screwed up” (I would use something stronger, but you get the idea). This is like saying, “I’m human.” I learned a long time ago that nobody is perfect, least of all myself; and, as humans, we all make mistakes in our walk through life. It is inevitable. It bothers me though that we tend to cover it up as opposed to admitting we have a problem. Consider this, the last guy who was perfect, they hung on a cross.

So, you have a choice, if you’re going to be late for that appointment or have a problem fulfilling an obligation, don’t fabricate an excuse; let me know ahead of time so I can plan accordingly. Either that or fix the damn truck!

END_OF_DOCUMENT_TOKEN_TO_BE_REPLACED

In this final installment of the Faith Hope and Charity series, we consider the symbolism of charity, or perhaps better called love. It is this attribute that … END_OF_DOCUMENT_TOKEN_TO_BE_REPLACED

In this installment of the Symbols and Symbolism of Freemasonry, we examine the text of Albert Mackey's Encyclopedia of Freemasonry on the symbolism of … END_OF_DOCUMENT_TOKEN_TO_BE_REPLACED

In this installment of the Symbols and Symbolism of Freemasonry, we consider a reading of Albert Mackey's text on the subject of Faith as it pertains to … END_OF_DOCUMENT_TOKEN_TO_BE_REPLACED

In this edition of Freemason Information’s Symbols and Symbolism we consider, together, the four cardinal virtues of Freemasonry as gathered form Albert … END_OF_DOCUMENT_TOKEN_TO_BE_REPLACED