You are here: Home / Archives for failing to act

It goes well beyond insanity. 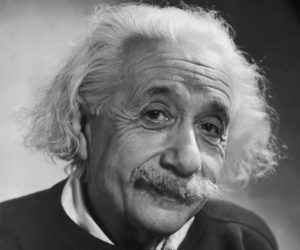 One of my favorite quotes from Albert Einstein is his definition of insanity: “doing the same thing over and over again and expecting different results.” I’m afraid we see this too often, be it in companies, government or the general public. In other words, there is a tendency for people to maintain the status quo even if it doesn’t produce beneficial results, or even if it is counter productive.

In Europe, following a terrorist attack, we commonly see a government official say afterwards what a hideous crime this was, that security levels are being heightened, and the public should remain calm and not pass judgement on any cultural group. It has become a common script, but for some reason it doesn’t seem to deter terrorists. In other words, nothing changes.

Like so many nonprofit organizations these days, I know of a local group who year after year has been losing membership at a rate of about 1,500 members a year. Over the last fifteen years, it has declined a whopping 37%. Members are seeking answers to reverse this, but the leadership of the group has yet to properly address the problem. Instead, they keep asking for more money from its dwindling membership. Again, nothing changes.

In the world of Information Technology, companies commonly rush off to program a solution before they even understand the business systems problem. Consequently, developers devise a quick and dirty solution to the wrong problem, projects are late and over budget, and end-users lose confidence in I.T. If we built bridges the same way we build systems in this country, this would be a nation run by ferryboats. Interestingly, developers are aware this approach doesn’t work but lament, “We never have enough time to do things right.” Translation: “We have plenty of time to do things wrong.” Once again, nothing changes.

I’m sure we can all think of some similar scenarios from our walks through life, be it in school, on the ball fields, our place of work, in stores, in our neighborhoods, just about everywhere.

I tend to believe a lot of this occurs simply because we have trouble focusing on the proper problem, that it is less painful to take the easiest way out. Instead of going for a touchdown, we settle for a field goal instead.

Repeating the same mistake in the face of reality confirms Einstein’s definition. It’s more than insanity though, it is reckless and irresponsible behavior on the part of management. Changing the status quo is a difficult task, something that should only be charged to someone sensitive to problems and realize it is time to change. What is needed is political courage to make the hard decision, which will likely be unpopular until proven successful. I am certainly not someone who believes in change for the sake of change, but if there is undeniable evidence the status quo is not producing positive results, by God, somebody better get off their duff and do something about it before it results in irreparable harm.

Somehow I am reminded of another quote I am fond of, this from President (and PGM) Andrew Jackson, “Take time to deliberate; but when the time for action arrives, stop thinking and go in.”

Tim Bryce is a freelance writer and mangement consultant in the Tampa Bay area of Florida.

Also read Tim’s columns in the THE HUFFINGTON POST

END_OF_DOCUMENT_TOKEN_TO_BE_REPLACED

Raised to a Master Mason in 1908, at Harmony Lodge No. 17 in Washington, DC, Carl H. Claudy  served as the Master and eventually as Grand Master of Masons … END_OF_DOCUMENT_TOKEN_TO_BE_REPLACED

In this final installment of the Faith Hope and Charity series, we consider the symbolism of charity, or perhaps better called love. It is this attribute that … END_OF_DOCUMENT_TOKEN_TO_BE_REPLACED

In this installment of the Symbols and Symbolism of Freemasonry, we examine the text of Albert Mackey's Encyclopedia of Freemasonry on the symbolism of … END_OF_DOCUMENT_TOKEN_TO_BE_REPLACED

In this installment of the Symbols and Symbolism of Freemasonry, we consider a reading of Albert Mackey's text on the subject of Faith as it pertains to … END_OF_DOCUMENT_TOKEN_TO_BE_REPLACED