You are here: Home / Archives for first amendment

The U.S. Constitution says in the first amendment that

Congress shall make no law respecting an establishment of religion, or prohibiting the free exercise thereof;

The enactment of this prohibition prevented the Federal government from establishing a national church or religion or to excessively involve itself in religion in general but particularly to the benefit of one religion over another. 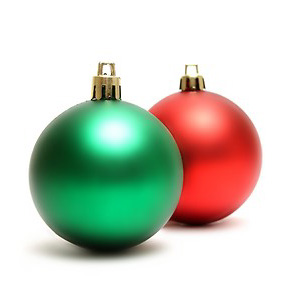 The outcome of this prohibition in the 200 plus years since its signing is today a pantheon of religious practice across America and a change in the national practice of faith.  In effect, the establishment of religious freedom has allowed for a unique form of national religion to emerge with its own set of practices, rituals, and traditions.  It is in effect, an American religion, established in the vacuum of any other religious tradition.

So as to make the point, every year 25 million Christmas trees are sold in the United States, according to the National Christmas Tree Association.  Each one of these 30 million trees are placed prominently in the home, business, or Public Square, and then decorated with elaborate representations of riches and finery so as to make this mundane tree of wood and leaf become something of a dramatic representation of splendor.  Once decorated, many place equally stunning packages of varying size and decoration beneath it.  And lastly, to punctuate the bedazzled tree and packages, many households hold elaborate parties within which many a carol is sung in its presence and special libations of holiday beverages (Eggnog anyone?)  poured in commemoration of the trees decoration.

Amidst the special tree are a few ancillary affects which include a mysterious pot bellied man in a red suit who spreads cheer and mirth through magical gift giving, to whom many a child is taught to set out offerings of milk and cookies.  And, under many of those trees is a small decorative Crèche, often remade with the pop culture cons of the day in representation of its historical significance.

Amazingly, nowhere is this ritual practice and performance written down or made sacred through any writing or sacred tradition.

Rather, its ideas are passed to the public through the things we buy such as the soft drink Coke, or its harder cousin Budweiser which annually make images of how to celebrate the holiday with their products.  Or, in even more rabid devices created to influence your decisions in making purchases of gifts quelling your need to buy and collect for yourself and appealing to your need to appease the wants of those you love.

No, this American Religious tradition is unique and one within which art imitates life which is imitating art.  Not many of us pull the candy canes and twinkle lights out in October, yet stores slowly begin to remind us of the coming tree adulating season.

In case you didn’t make the connection, every December 25th, we celebrate Christmas which, as religious traditions go, is the birth of the Christian Christ Jesus.  Yet, in the increasingly secular and religiously diverse America, we’ve kept the name of christmas (note the lowercase c) and created our own national religious holiday season.

But, this American Religion isn’t alone in its incorporation of the holiday and, in case you missed them, other religious holidays happen in December which only help to lend themselves to the greater notion of a Holiday Season so as to recognize everyone’s faith.

Islam celebrated Ashura on the 5th.  Ashura is the 10th day of Muharram in the Islamic calendar marking the climax of the Remembrance of Muharram.  It is a Shi’a Muslim day of mourning for the martyrdom of Husayn ibn Ali, the grandson of Muhammad at the Battle of Karbala on 10 Muharram in the year 61 AH (680 A.D.)

Buddhism, the much admired Eastern tradition, had Bodhi Day on the 8th which is celebrated as the day that the historical Buddha experience enlightenment.

Catholic Christians Celebrate several special days along with the Christian Mass including Saint Nicholas Day on the 6th.  Saint Nick is perhaps the origin of the idea of Santa Clause as he is commonly called Nikolaos the Wonderworker for his secret gift giving.  Also in December is The Immaculate Conception day on the 8th which celebrates belief in the Immaculate Conception of the Blessed Virgin Mary. And the Feast Day for the Virgin of Guadalupe on the 12th which is to commemorate the vision on the Tepeyac hill by the recently converted Aztec Indian, Juan Diego, of the Nahuatl Virgin Mary.

Hanukkah, the Jewish festival of lights, is celebrated from the 21st through the 28th in remembrance of the rededication of the Temple in Jerusalem at the time of the Maccabean Revolt.

Pagan/Wiccan communities celebrate the Solstice with a Yule celebration on the 22nd.  Yule is most likely the Germanic source for much of our winter arboreal adulation as it is a winter holiday consisting of feasting and celebration at the changing of the solstice.  Today, the burning of a Yule log is a common theme which harkens back to this tradition.

On the 26th, Zoroastrian’s celebrate Zarathosht Diso, the death of Prophet Zarathushtra.  The celebration of this holiday, held annually on December 26th is often a private and personal one held within homes and temples without an external manifestation.

Not to forget in Masonic tradition, St. John the Evangelist’s feast day on December 27th, most commonly celebrated on or near the solstice and a day to reconnect with your Masonic brothers after having been away.  Often, if celebrated, it is with a Festive Board or Table Lodge.

And, one of my personal favorites is the remembrance of Saturnalia, the Roman era festival held in celebration in honor of the god Saturn, the father of the god Jupiter.  In ancient times, this feast took place from December 17 through the 23rd and is thought to of begun around 217 B.C.E.  Ironically (or perhaps not) the holiday consisted of celebrations, gift giving, and visiting of friends.  The customary greeting for the holiday was “Io, Saturnalia!” Io pronounced “e-o”) which is a Latin interjection such as “ho” as in “Ho, praise to Saturn.”

With so many holidays and celebrations going on in December, it’s ok to step back and look at the months many celebrations and say Happy Holidays without stepping on your religious toes or secular admonishment of religion.  Because Congress shall “make no law respecting an establishment of religion” its up to us to celebrate however we want – be it as one of the 30 million christmas tree buyers or as Buddhist celebrating the day of enlightenment.  In either case, it make no difference, by the fact of our communal celebration we together are creating an American Religious Holiday.

END_OF_DOCUMENT_TOKEN_TO_BE_REPLACED

Raised to a Master Mason in 1908, at Harmony Lodge No. 17 in Washington, DC, Carl H. Claudy  served as the Master and eventually as Grand Master of Masons … END_OF_DOCUMENT_TOKEN_TO_BE_REPLACED

In this final installment of the Faith Hope and Charity series, we consider the symbolism of charity, or perhaps better called love. It is this attribute that … END_OF_DOCUMENT_TOKEN_TO_BE_REPLACED

In this installment of the Symbols and Symbolism of Freemasonry, we examine the text of Albert Mackey's Encyclopedia of Freemasonry on the symbolism of … END_OF_DOCUMENT_TOKEN_TO_BE_REPLACED

In this installment of the Symbols and Symbolism of Freemasonry, we consider a reading of Albert Mackey's text on the subject of Faith as it pertains to … END_OF_DOCUMENT_TOKEN_TO_BE_REPLACED