You are here: Home / Archives for good of the Masonry

good of the Masonry 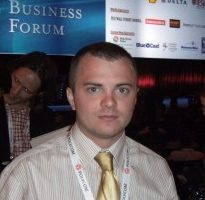 The true story about “un-Masonic conduct*” of a respectful brother.

“After much reflection, I have concluded that the true crime for which the Grand Master wishes to accuse me has come to light. And it is a violation that I take no shame in committing.”

“As my brethren around the world have now seen, I did not provide secret information on the Sebastian Lodge website but used information from other Arkansas lodges and as well as the Grand Lodge itself. The Grand Master’s claim has been defeated by the massive trove of evidence gathered by many Masonic brethren in support of me.”

“As I was denied my right to due process, I am left to my own devices to determine why on this great earth and in this great country I would considered for expulsion. And then it occurred to me…what my violation will be. In a conversation with Grand Master Warren Martin I spoke of attending lodges in the presence of Black Masons. I openly shared my reflection of the warm conversations we had. The lodges were not in Arkansas but rather in 2 other states as well as overseas. All were mainstream lodges. I have not been invited to a Prince Hall Lodge; however, because of this process I can say that I would be honored to do so.”

“I realize now that I overlooked one of the most obvious arguments. I gave the Masonic handshake (and another common sign of brotherly affection) to well over twenty Black Masons. I have sat in lodge with at least thirty Black Masons. I have spoken with a Prior Grand Master of a Prince Hall jurisdiction. I have long-running Masonic relations with several Black Masons who served with me in the United States Air Force. They are some of my dearest friends and brothers.”

“The sole accusation poised is based upon entry 4.0.61 in the digest. That states: “The…use of cipher rituals of the three Symbolic Degrees of Masonry is forbidden; and ANY Mason who shall hereafter…use anything purporting to be a cipher ritual or written, printed or otherwise delineated ritual or exposition of Masonry shall be expelled from Masonry.”

“There is only one possible way to accuse me of violating the above quote from my Notice of Trial letter. Simply put, I would have to be accused of knowingly sitting in a lodge, mainstream aside, with Black Masons. And, being that the brothers were Black Masons, it is reasonable in the eyes of the Grand Lodge of Arkansas to assume those men must be Prince Hall. I must humbly point out to the Arkansas leadership that Black men can be Mainstream or Prince Hall; Arkansas tends to frown upon certain races, religions, or origins, yet this does not mean that all other Mainstream jurisdictions must act as a unified bigot. “

“These United States have stood in solidarity against tyranny for greater than nearly 250 years. The Civil War and great Abraham Lincoln brought emancipation to all nearly 150 years ago. Just over 50 years ago, Arkansas was at the epicenter of the death of segregation when “the Little Rock 9” entered a high school for white students supported by the 101st Airborne Division. How can it be that Arkansas is one of the three states that still forces segregation of the brotherhood? Why is this tolerated? Who will stand up to such hatred? “

“Let your voices be heard along with mine. Tell Grand Master Martin Warren and Grand Secretary James Weatherall what is truly “for the  good of the Masonry**.” As the late Dr. Martin Luther King, Jr., called out “Let Freedom Ring” and this time let it ring from the capital of Little Rock, Arkansas. “

“Whether the Grand Master still believes that my expulsion is “for the good of the Masonry” is for him to determine. In my heart and with a clear conscience, I can say that I will always hold the values of the Free Masons… the truly “free” Masons.”

** The Grand Master assured the Worshipful Master and other brethren of Sebastian Lodge that revoking its charter, and my expulsion, was “for the good of Masonry.” I would disagree with that statement; but, I’m unworthy in their eyes of being a Mason.

END_OF_DOCUMENT_TOKEN_TO_BE_REPLACED

Raised to a Master Mason in 1908, at Harmony Lodge No. 17 in Washington, DC, Carl H. Claudy  served as the Master and eventually as Grand Master of Masons … END_OF_DOCUMENT_TOKEN_TO_BE_REPLACED

In this final installment of the Faith Hope and Charity series, we consider the symbolism of charity, or perhaps better called love. It is this attribute that … END_OF_DOCUMENT_TOKEN_TO_BE_REPLACED

In this installment of the Symbols and Symbolism of Freemasonry, we examine the text of Albert Mackey's Encyclopedia of Freemasonry on the symbolism of … END_OF_DOCUMENT_TOKEN_TO_BE_REPLACED

In this installment of the Symbols and Symbolism of Freemasonry, we consider a reading of Albert Mackey's text on the subject of Faith as it pertains to … END_OF_DOCUMENT_TOKEN_TO_BE_REPLACED