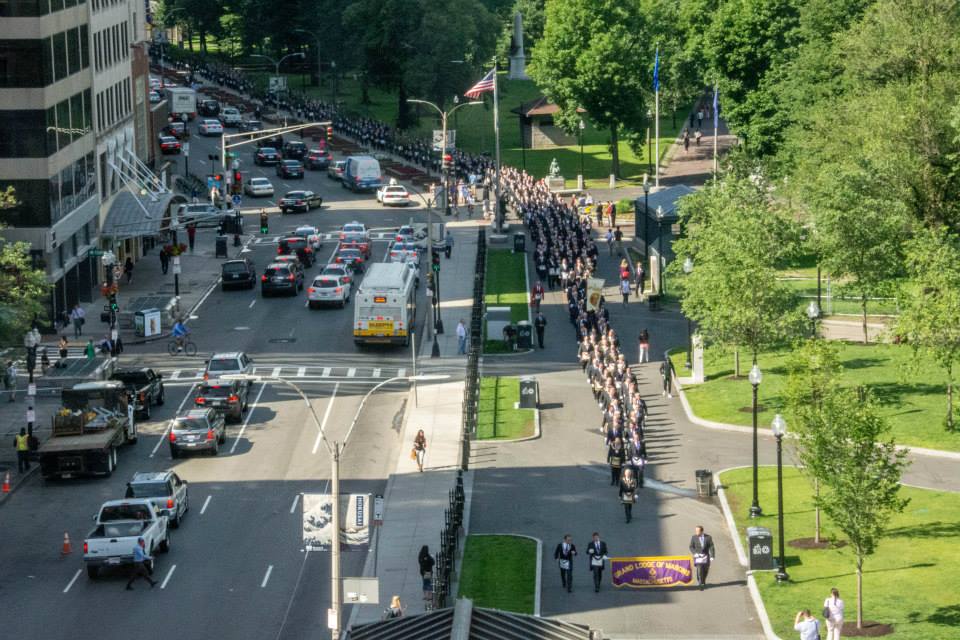 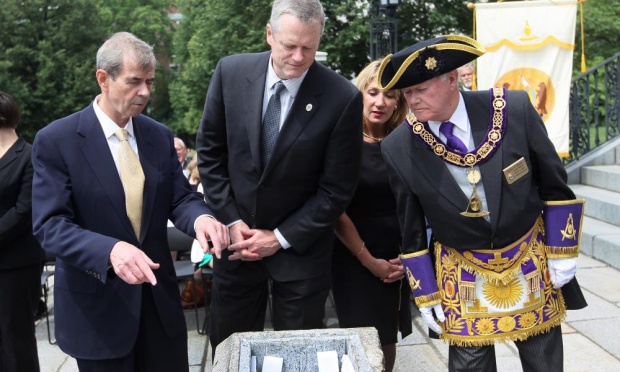 A crew is at work in Boston unearthing a time capsule believed buried by patriots Samuel Adams and Paul Revere. CNN affiliate WBZ reports, the 18th-century capsule was left in a cornerstone of the Massachusetts State House. The capsule is believed to date from 1795, when construction started on the building. The cornerstone has been removed because of repair work to the historic building, and a worker from the Museum of Fine Arts in Boston was chipping away at it Thursday to get at the capsule. Massachusetts Secretary of State William Galvin, who also heads the state’s historical commission said, the capsule contains rare coins, a Paul Revere plate, papers and other artifacts dating back to the 1600s. He said, he capsule was last dug up during emergency repairs to the State House in 1855 and put back in place when the cornerstone was reset. – WochitGeneralNews

BOSTON (AP) — Crews removed a time capsule dating back to 1795 on Thursday from the granite cornerstone of the Massachusetts Statehouse, where historians believe it was originally placed by Revolutionary War luminaries Samuel Adams and Paul Revere among others.

The small time capsule is believed to contain items such as old coins, documents, newspapers and a metal plate that was owned by Revere. Secretary of State William Galvin speculated that some of the items could have deteriorated over time.

Official plan to X-ray the capsule on Sunday at Boston’s Museum of Fine Arts to get some idea of the contents and possibly details on their condition, then open it next week.

Originally made of cowhide, the time capsule was believed to have been embedded in the cornerstone when construction on the state Capitol began in 1795. Adams was governor of Massachusetts at the time.

The time capsule was removed in the mid-19th century and its contents transferred to a copper box, Galvin said. Its removal Thursday was due to an ongoing water filtration project at the building. Galvin said the plan is to return it to the site sometime next year.

Pamela Hatchfield, a conservator at the museum, was exhausted Thursday after spending hours chiseling and drilling on the massive cornerstone, taking care not to damage the time capsule or coins that were thrown in the mortar that held it in place.

She held up the capsule for viewing by state officials, reporters and contractors involved in the renovation of the Statehouse.

“It’s heavy,” Hatchfield said. “I feel happy and relieved and excited and really interested to see what’s in this box.”

Hatchfield said state officials did not know that the time capsule was embedded in the cornerstone until 60 years after some of the nation’s leading founding political figures put it there.

“It was first put in there in 1795 by Paul Revere and Sam Adams and was unearthed accidentally when in 1855 there were some amendments to the building,” Hatchfield said. “They put the contents back into a new box and placed it in a depression in the stone, which is on the underside.”

Galvin said there were notes from 1855 indicating that officials washed some of the contents in the capsule with acid before putting them in the new copper box.

It also was a humid day when the items were restored and, Galvin said, the corner of the Statehouse where the capsule was fixed has had a water leakage problem for 30 years.

“We have to see what held up since that time,” he said. “That’s the biggest question we have right now — are the contents in good condition or not?”

Galvin said the Massachusetts Statehouse is one of the oldest, active statehouses in the country.

“Obviously, when we talk about the original box being presided over by then-Gov. Sam Adams, Paul Revere, it’s pretty significant,” he said. “I’m very fond of saying … that the history of Massachusetts is the history of America, and it’s very true and this is another evidence of that.”

The excavation came just months after another time capsule was uncovered from the Old State House, which served as the state’s first seat of government. That long-forgotten time capsule, dating to 1901, turned up in a lion statue atop the building and, when opened, was found to contain a potpourri of well-preserved items including newspaper clippings, a book on foreign policy and a letter from journalists of the period. 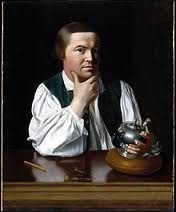 But The Grand Lodge of Massachusetts AF & AM is not so sure that the newspapers have the correct take on the story. They call it the Paul Revere Time Capsule period and in a press release on the Grand Lodge site titled “1795 PAUL REVERE TIME CAPSULE RE-DISCOVERED“ has this to say:

On the morning of December 11th, 2014, a work crew removed the cornerstone from the Massachusetts State House on Beacon Hill. Inside, they discovered what was initially being reported as a  1795 Paul Revere era time capsule with “previously unknown” contents.

Previously unknown? We beg to differ. Why? We were there! The Grand Lodge of Masons in Massachusetts has kept detailed proceedings of its activities since inception in 1733.

The town of Boston purchased a plot of land east of Beacon Hill in 1795 for $13,000 that was previously part of Governor John Hancock’s estate. That estate was then given to the state by the town for the purpose of constructing a new state house.

Governor Samuel Adams requested that the Grand Lodge of Masons in Massachusetts assist with the laying of the cornerstone, and saw to it that “the ceremony was performed in due form… with the usual rites of ancient Masonry.”

On July 4th of that year Governor Adams, Grand Master Revere, and Deputy Grand Master William Scollay laid the cornerstone after “the Grand Master had deposited under it a number of gold, silver, and copper coins, and a silver plate bearing an inscription” describing the event.

On August 7, 1855, while workmen were making repairs to the foundation of the State House, they “were surprised by the appearance of a few copper coins and a small leaden box… put together without the usual solder generally used by workers in that metal. This accidental discovery of the original cornerstone resulted in having the same plate and coins replaced without any special display under a new stone” in the same location (Freemason’s Monthly Magazine, Vol. XIV, p. 367).

Our records give a detailed account of the exact contents of the time capsule that has been rediscovered. Just like everyone else – we’re eager to see how well they have withstood the test of time.

Should the capsule be re-interred, we’d love to continue the tradition of laying the cornerstone in due form.