You are here: Home / Archives for improvement

The answer is NOT to raise dues.
BRYCE ON NON-PROFITS 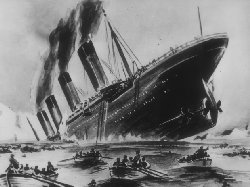 I have been around nonprofit organizations of all kinds for several years. I don’t know about you, but I have found far too many in decline due to such things as apathy, lack of relevance, or just bad public relations.

Regardless of the reason, when membership declines, the first knee-jerk reaction by the powers that be, is to raise the price of dues. Again, I am reminded of the old expression, “Rearranging the deck chairs on the Titanic.” Instead of applying energies to fixing the hole, officials decide to shackle more weight on the passengers. I never understood the logic of such action.

Instead of forming a committee or project to identify the problem and take corrective action, the officers turn 180 degrees and run away as fast as possible.

This is just plain irresponsible and reckless behavior on the part of the officers in charge. The first step is to recognize that something is wrong; you’re membership wouldn’t be in decline if everything was working properly. Find out what it is and correct it. Face the problem, do not evade it.

Unfortunately, too many officers do not understand the basics of business and are at a loss as to what to do. There is also the possibility they fear change of any kind and do not want to be held responsible for failure. Consequently, they opt for the easy solution of raising the price of dues, an option that will ultimately encourage more members to quit, thereby compounding membership decline and hurrying the destruction of the organization. Raising dues to keep pace with inflation is one thing, raising dues because you are in a death spiral is another.

Re-examine the membership process and offer suggestions for improvement. What does your chapter offer? Why would somebody want to join your organization? What is the competition?

You basically have three alternatives:

Understand this, nonprofit organizations are legal entities in the eyes of the state. Even if you are a 501(c)3 charity, you are not immune from prosecution. Whether you like it or not, you are a business and, as such, better learn to act as such.

To me, the answer is obvious: fix your membership and the money will take care of itself. Then again, the obvious is not always obvious.

Increased membership is a much better alternative than raising dues or charging an assessment. Then again, I’m a capitalist. Let’s consider how this applies in the corporate world. Instead of paying more taxes and enacting more regulations on business, government should reduce taxes and regulations thereby freeing business to produce more, hire more people, and stimulate the economy.

Whether you are in government or a nonprofit, suffocation is hardly an effective means for stimulating business. If anything, learn the Heimlich maneuver. At least you won’t kill off your membership.

Just remember, if you cannot fix the hole in the Titanic, it is time to make preparations to bailout.

NEXT UP:  BEWARE OF THE MBA’S – They only understand numbers, not people.

LAST TIME:  MY RECENT TRIP TO MARS – My preliminary notes on the red planet.