You are here: Home / Archives for kids 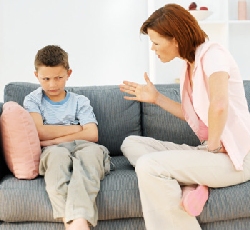 PREFACE:  This column, which may seem to be aimed at the education of our youth, is also applicable to the workplace and to Masonic lodges in terms of teaching our junior members how to succeed and climb the ladder of the Lodge hierarchy.

I recently attended a training session for a nonprofit organization whereby the intention was to teach new members the policies and procedures for the organization. I was there to assist. During the course of the program, the instructor explained the protocol for conducting meetings where the public may be in attendance. In addition to “Roberts Rules of Order,” the group had supplemental procedures for recognizing and answering questions from the floor. All of it seemed rather simple and straightforward, but there were a couple of young people in attendance, whom I judged to be in their mid-20’s, who seemed to be baffled by the instructor’s explanation. The teacher patiently repeated the procedure and demonstrated with some examples. This didn’t seem to help as the students were still at a loss as to what the instructor was saying. At this point, other students chimed in to support the teacher and tried to explain the concept to them. I even threw in my two cents. After much cajoling, they finally acquiesced and claimed they understood, but I wasn’t convinced they did.

As I was driving home that night I thought about the two young students and wondered why they were having a problem comprehending what appeared to be a simple concept. Aside from being younger than myself, I judged them to be relatively well educated. “Is it possible that I am more intelligent than they are?” I thought to myself. No, I like to believe I am well rounded, but certainly not in the category of being a genius. In all likelihood, we were probably comparable in terms of intelligence. So, what was causing the problem? Then it hit me, simple discipline.

Both tended to dress rather roughly to work and it wasn’t uncommon for them not to shave. Their speech and manners also hinted of the lack of social graces. Further, after observing their work habits, I found they had a reputation for bucking the system. They were far from stupid, but their nonconformist attitudes tended to get in their way of learning and adapting.

Not long ago I wrote an article entitled, “What’s wrong with a little discipline?,” which described the efforts of Caroline Haynes, a school principal in the United Kingdom, who was raising the test scores of her students by implementing strict discipline in the classroom.

More recently, Amy Chua, a Professor at Yale’s Law School in Connecticut raised some eyebrows with the publication of her new book, “Battle Hymn of the Tiger Mother.” which is a memoir of her experiences raising two daughters using strict parenting techniques. This resulted in considerable criticism in the media and by parents who claimed Ms. Chua was too hard on her own children. Maybe she was, but you cannot argue with the end result whereby her children, who are now entering their college years, are intelligent and socially well-adjusted, not to mention excellent musicians. They excelled not because they were inherently bright, but because their mother instilled a sense of discipline in them by challenging them to think and participate.

In an age of permissiveness, where parents tend to be lax in enforcing discipline, people like Caroline Haynes and Amy Chua clearly demonstrate that discipline is not evil, but rather quite beneficial. However, as both people have discovered, there is a general perception by the public that discipline stifles the expression of individuality and creativity. Consequently, parents tend to be intolerant of such things as school uniforms and corporal punishment in public schools.

Consider this, up until the 1960’s there were dress codes in public schools. For example, boys had to wear collared shirts, slacks, and proper shoes. Blue jeans, gym shoes, T-shirts, and shorts were a taboo. Further, there were hair codes which defined length and cut. If anything was out of place, you were sent home. Likewise, girls had similar codes. Dress lengths were checked regularly and there were certain ways you couldn’t wear your hair. Excessive use of makeup was also checked. This all changed in the 70’s when kids rebelled and parents began to insist their children be given certain freedoms which resulted in a “grunge” look that remains with us to this day. Is it any small coincidence that the rebellion of school dress codes in the 70’s led to a similar change in office dress codes in the 90’s? Hardly.

It is not my intention here to make a pitch for student dress codes or the re-implementation of corporal punishment, rather to point out the far-reaching effects from the lack of discipline by parents. As evidenced by the work of Haynes and Chua, there are benefits associated with discipline such as producing a trained mind that knows how to analyze, think, and take initiative to seek the proper answer (which would have certainly helped the two young students mentioned earlier). Discipline also forces the person to assume responsibility and gives them a sense of purpose. As such, it significantly contributes to their maturity. Further, it promotes teamwork by teaching uniformity and commitment. Discipline affects our thinking patterns, speech, common courtesy and decorum, all of which contributes to making a person more socially adjusted.

When it comes to discipline, nobody likes to be pushed, least of all myself, but I have learned to push myself when necessary. As a kid though, every once and awhile I needed a good swift kick in the rear end to get my attention and point me in the right direction. Even a nudge from a caring parent or mentor, given at the right time, can work wonders. That’s what parenting is all about. Unfortunately, not enough people are doing this. Maybe if everyone was required to serve a two year hitch in the military things would be different.

Some people perceive discipline as evil, that it does nothing more than “teaches trained seals how to perform” while sacrificing their creativity and spirit in the process. Such accusations are naive and misunderstand the purpose of discipline which is how to effectively channel skills and creative energies. Discipline represents a process whereby we learn there are consequences for our actions or inaction (“cause and effect”), that there are both right ways and wrong ways for doing things. No great or important object was ever built without some form of discipline. Ask any engineer, architect, musician, inventor, scientist, manufacturer or craftsman; they will all tell you that you cannot build anything of substance without discipline.

No, discipline is certainly not evil, but you have to wonder about the people who fail to instill it. Excuses abound to rationalize why they do not do so, such as they don’t have time, or they don’t want to inhibit their children. Some are plain and simply afraid to do so in fear of the legal system. When parents fail to teach discipline it defaults to teachers, coaches, and employers to do so, which is not necessarily their responsibility and may produce undesirable results. Understand this, for every person who fails to learn some form of discipline, they become a burden on society and, accumulatively, they represent a decline in our civilization.

This is a little late to make hard plans for, but if you happen to be near Cheektowaga, NY tomorrow…   you might want to drop in to say hello, and if you do, tell them that we sent ya! 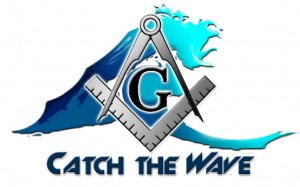 EVERYTHING YOU MIGHT WANT TO LEARN ABOUT FREEMASONRY
MASONIC YOUTH GROUPS
AND MASONIC RELATED ORGANIZATIONS!

Learn about the outstanding Masonic Youth Camp in the Adirondacks

THE COMBINED FIRST AND SECOND ERIE DISTRICTS
WITH THE ASSISTANCE OF ALL MASONIC BODIES, CONCORDANT BODIES, AND
ALLIED MASONIC BODIES

Members from participating groups will be present to answer you questions your questions in an open forum.

END_OF_DOCUMENT_TOKEN_TO_BE_REPLACED

Raised to a Master Mason in 1908, at Harmony Lodge No. 17 in Washington, DC, Carl H. Claudy  served as the Master and eventually as Grand Master of Masons … END_OF_DOCUMENT_TOKEN_TO_BE_REPLACED

In this final installment of the Faith Hope and Charity series, we consider the symbolism of charity, or perhaps better called love. It is this attribute that … END_OF_DOCUMENT_TOKEN_TO_BE_REPLACED

In this installment of the Symbols and Symbolism of Freemasonry, we examine the text of Albert Mackey's Encyclopedia of Freemasonry on the symbolism of … END_OF_DOCUMENT_TOKEN_TO_BE_REPLACED

In this installment of the Symbols and Symbolism of Freemasonry, we consider a reading of Albert Mackey's text on the subject of Faith as it pertains to … END_OF_DOCUMENT_TOKEN_TO_BE_REPLACED