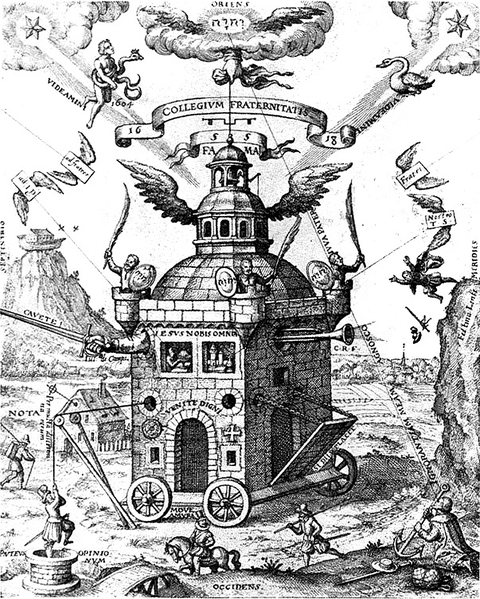 On 12 May 2010 the Board of Management passed a resolution stating the principles governing esoteric research. These principles are central to the practice of Regular Freemasonry. In order that there be no doubt that they bind every brother and Lodge in this jurisdiction I have decided to make them the subject of a Grand Master’s edict. At my request the Board of Management has rescinded its resolution so that it may be substituted with the following edict which takes effect immediately.

1. Authorised, official Masonic Education and Instruction is only ‘Regular’ when applied to Free and Accepted or Speculative Masonry (Regular Freemasonry).

2. Because of the widely divergent interpretations which can be placed upon it, I am concerned about the unqualified use of the word “esoteric”, or any of its derivatives or extensions, within Regular Freemasonry. Such use needs to be avoided as it has been and can be misconstrued to the detriment of the Craft.

3. I encourage all Masons to make daily progress in the acquisition of Masonic knowledge. Speculation and discussion within the Landmarks of the Order are to be commended.

4. Within Regular Freemasonry, interpretive discussion and exposition concern only the progressive acquisition of Masonic knowledge towards an understanding of the secrets and mysteries of the Craft, promoting the brotherhood of man under the fatherhood of God. To avoid any misapprehension, such regular discussion and exposition shall be described as “speculative” and the term “esoteric” shall not be applied.

5. Regular Freemasonry does not permit within it any form of esotericism which encompasses or tends towards – occultism, sorcery, alchemy, astrology, profane mysticism, transcendentalism, supernaturalism, druidism, rosicrucianism, satanism or any concept or movement related to any of these. The presentation, endorsement and/or promotion of such subjects in any Lodge holding under the UGL of NSW and ACT whether the Lodge be open, adjourned, at refreshment or closed or at any connected or associated Lodge function should be deemed irregular and is strictly forbidden.

6. Any breach of this Edict constitutes serious unmasonic conduct and shall be treated accordingly.

From Australia, it appears as the Grand Master has directly defined what is considered ‘esoteric’ within the confines of his definition of Freemasonry. He also outlines what is not “esoteric” as “occultism, sorcery, alchemy, astrology, profane mysticism, transcendentalism, supernaturalism, druidism, rosicrucianism, satanism or any concept or movement related to any of these.”

The argument for this edit was that there were certain lines and teachings occurring that were about as closely related to Freemasonry as I am related to the president of the United States. Charges are that certain Freemasons were using the term ‘esoteric’ as a way to teach/preach non-mainstream religious tendencies and as a recruitment tool within the order.

The glaring issue is that of course this stifles any discussions of the above and how Freemasonry works and is inspired by them. Rosicrucianism for instance is still a topic of debate and its influence on Freemasonry (some believe it was the foundation, others deny that as its foundation on faith, hope and charity). The issue with this edict is that stifles these types of debates, academic research, etc.

On the other hand the use of Freemasonry as a recruiting tactic for some cult should be addressed as it has the potential to bring serious shame to our order.

I don’t believe that this edict was the right approach to curb illegal recruitment, but will cause stagnation in the spiritual growth of a Freemason, no matter path it may take him. 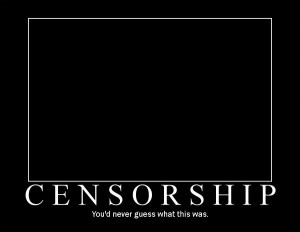 While this ruling was made outside the United States it highlights the direction of Freemasonry in many American jurisdictions.  When the Information Age began in the United States many Grand Lodges handled the “computer revolution” poorly. Some restricted Freemasons from owning or operating a Masonic website. Others closed down privately operated Masonic forums and discussion groups by threatening to expel any Mason who refused to knuckle under.

Many Grand Lodges were “Johnny come lately” into the 20th century methods of communication. They, not their individual members, were the last to open Masonic websites. What they did do at first was a very amateurish attempt.  To this day some jurisdictions refuse to allow electronic reporting between Grand Lodge and constituent local Lodges.

Even today The Grand Lodge of West Virginia is on a crusade to find out the identity of a certain website that supported Past Grand Master Frank Haas. It has promised to expel each and every Brother involved with that website. The Grand Lodge of Arkansas closed its website and ordered all Masons within its jurisdiction not to E-Mail each other on threat of expulsion.

This seems to be the modern trend – THOUGHT CONTROL. It used to be that Freemasons everywhere would say that no one man speaks for Freemasonry. Now it seems one man does – the Grand Master and he wants to be the only one speaking on behalf of Freemasonry. If this seems farfetched to you ask Brother Tim Bryce of Florida to explain it to you.

In the early years of modern Freemasonry, Masons were known as “free thinkers.”  The Library and Museum of Freemasonry tells us:

“The origins of the Royal Society lie in an “invisible college” of philosophers and scientists who began meeting in the mid-1640s to discuss the ideas of Francis Bacon. Two of the original members of the Royal Society – Sir Robert Moray and Elias Ashmole – were already freemasons by the time the Royal Society was formed. The Society met weekly to witness experiments and discuss what would now be called scientific topics although science then was much more broadly defined and included subjects such as alchemy and astrology.”

So we can see that alchemy and astrology among other disciplines were from a very early age adhered to by some Freemasons. So was Rosicrucianism. Laura Britton tells us:

“Although Rosicrucian ideas influence the Scottish Rite degrees of Freemasonry, the origins of the two orders are distinctly different. Throughout the history of both Rosicrucianism and Freemasonry, each has borrowed from the other, yet they both retain their own symbols and beliefs.” 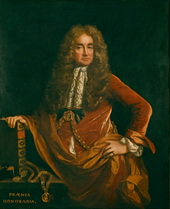 Now it seems that Masonic censorship is one more weapon in the arsenal of Grand Lodge control.

One has to wonder how the likes of Albert Pike, Albert G. Mackey, Joseph Fort Newton and Carl Claudy would have reacted to their Grand Master banning their “esoteric” writings.

Freemasonry was once the bastion of liberty and independent thought. It used to be that there was no Pope in Freemasonry and that each Freemason could interpret in his own way what Freemasonry meant to him.  What distinguished Freemasonry from the control that many houses of worship demanded was that there was no centralized dogma that must be adhered to. Dogma didn’t drive Freemasonry, the absence of dogma – the freedom for many different ideas, many different philosophies and many different interpretations to exist under the same roof was what used to distinguish Freemasonry.  It used to be that the nexus of power resided in the local Lodge. Today Grand Lodges have consolidated their power to such an extent that they hold the power of life or death over both individual Lodges and individual Masons.

Anybody for a Manly P. Hall book burning party? 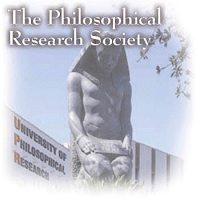 Join us on Masonic Central this Sunday, February 8th, as we speak to Maja D’Aoust who is the Librarian of the Philosophical Research Society in Los Angeles, California.

Missed the Recording? Listen to the show now!

Our program will cover a range of topics including Hermetics, Freemasonry, the occult , astrology, religious and scientific disciplines and her unique role as caretaker of the libraries massive collection of more than 30,000 items collected by the society and its founder Manly P. Hall.

The Philosophical Research Society is a nonprofit organization founded in 1934 by for the purpose of providing thoughtful persons rare access to the depth and breadth of the world’s wisdom literature.

This will be an excellent program and one not to miss as we delve into the esoteric of yesterday and the role of the philosophic in the future.

For more information on the Philosophical Research Society visit www.prs.org

The program will record live Sunday, 6pm PST / 9pm EST on the only radio program for Freemasons by Freemasons, Masonic Central.

Join our live in “virtual” studio to ask your questions on the digital dominion by logging in to our program on talkshoe!