You are here: Home / Archives for Masonic charity

Freemasonry cannot serve two masters, the world and itself. The biggest mistake it has made is to listen to the whining attacks made by its detractors.  Freemasonry just benefits Freemasons they say as if they had some claim on what we are, what we do and what we say. Our critics have embarrassed us, claiming that we are an exclusive, snobbish, selfish group that exists exclusively for the betterment of its members and that we show so much favoritism for each other that the result is a discrimination of the rest of society.

Thus post Vietnam War Freemasonry changed the focus of the Craft. Some of the changes came right after WWII but the Vietnam War era marked the rapid decline in membership that swung the pendulum of modern day Freemasonry squarely into the camp of Masonic revisionism.

What that involved is taking Freemasonry from a contemplative, learning, value orientated society to one of action, action for the betterment of society as a whole. Freemasonry did this partially to appease its critics and partially to adopt the Shrine model of recruitment. But appeasement didn’t work for Chamberlain in dealing with Hitler and it hasn’t worked to appease our detractors. Our critics are as vocal as ever.  Meanwhile we have diluted and corrupted our beloved fraternity in order to try to please others or to take the easy way out in the area of growth.

The ancient mystery schools of Egypt, Greece and Rome, on which Freemasonry is modeled, did not try to be something to everybody. Rather they concentrated their efforts on improving their members through knowledge, instruction, brotherhood and spirituality. 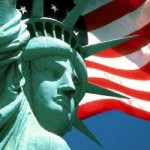 Does that mean Freemasons should be a cloistered sect of Monks having no dealings with the outside world and no right to comment on anything civil or spiritual? The answer is No! We, as Freemasons, can get behind ideas but not policies. No marching in the streets or sponsorship of legislative bills for Freemasonry.  Instead we can seek to educate the public on the ideals of political freedom and democratic government, public education, religious freedom with the separation of church and state and the worthiness of the individual.  These were ideals imbued into Freemasonry from the Enlightenment from which Freemasonry arose.

In the modern era Grand Lodges and Grand Masters have assumed powers never before granted to them. Some Grand Lodges are running wild squashing dissent, stifling creativity and purging the ranks of any and all who do not toe the line. In the process they have, in order to save the fraternity they tell us, foisted upon Freemasonry the evils of marketing Freemasonry which removes from Freemasonry the ability to practice Freemasonry and extensive Self Perpetuating Institutionalized giveaways to civil society that is bankrupting the fraternity.  The Grand Lodge of Massachusetts is a prime example of a Grand Lodge so into Institutionalized charity and running a complex health system out of multiple locations that it has had to drastically increase Grand Lodge dues and assessments to its charted Lodges in order to pay for its excesses. See Massachusetts to Double Dues?

Do we have to beg the community to notice us and in the process try to market Freemasonry or do we create a better Order internally and let membership grow by word of mouth? Do we have to try to convince someone to become a Mason or do we create such a good product that the worthy uninitiated will come in large numbers knocking on our door of their own free will and accord? Do we have to try to save the world or can we be content with taking care of our own without being made to feel guilty? Do we exist to march in parades, raise funds for the Cancer Society or the Heart Fund and run CHIP programs for civil society or are we here for Brothers in need, our widows and orphans and scholarships for our young? Do we intend, forever, to let our critics portray us as a religion? Do we intend to let non Masons set the agenda for Master Masons? Can we learn how to survive as we downsize?

Plainly we are not an action society; we are a self improvement brotherhood. The road to sustainable growth is returning Freemasonry into a sharing Brotherhood who cares for itself and revives itself by doing a better job of inculcating its ideals, virtues and tenets into its membership, by decentralizing its governance, by stop trying to sell Freemasonry as one sells used cars and by leaving the saving of the world to others.

My Lodge, Pride of Mt. Pisgah #135, Dallas, Texas prefers to do its charitable/community outreach with programs that takes them directly to the people to actually perform a service or provide relief in some manner to those in their own community who they can meet face to face.  In other words we are not big on Institutionalized Charity nor do we desire to turn Freemasonry into a Service Club.  As Masons we are called to help those in need if within the length of our cable tow.  But my Lodge wants a direct connect with those who they aid.

Thus we do Thanksgiving and Christmas baskets which we present directly to the people who are receiving them. Our latest venture is involvement in the Keep Dallas Beautiful program sponsored by the City of Dallas, whereby we enter a section or area of the community and clean up, fix & repair and make attractive areas of the community as well as individual private property.  Last Saturday was our second work day in the community which we have now adopted.  Past Master LaGrone explains the program and what we accomplished in more detail.

“On September 26th along with the Keep Dallas Beautiful program the Pride of Mount Pisgah #135 P.H.A. successfully completed phase one for our adopted community, Cedar Oaks.  When I first brought this idea to the lodge to increase our community service and visibility, we unanimously voted to participate in 4 events throughout the year to help communities identified as needing assistance.  We later voted to adopt Cedar Oaks as our own and in the past have picked up trash and last week painted a retaining wall.”

“The Cedar Oaks community was phase one of the pilot program of Keep Dallas Beautiful (KDB).  As KDB is a city funded program, each year the city of Dallas  moves to a new phase and  adopts new communities while  dropping  the communities from the existing year after providing a year of support.  Speaking with W.M. Williams the decision has been made to continue to support Cedar Oaks as a community providing whatever assistance we can within the length of our cable tow. “

“I wanted to thanks all the brothers that have participated and wished to participate as well as our W.M. for his commitment to the community.”

Re: Pride in Your Neighborhood Cedar Oaks Beautification Event

The residents of Cedar Oaks and volunteers from the Mt. Pisgah Masons group were involved in a neighborhood beautification project this past weekend.  Mr. Taylor, HOA leader, identified a retaining wall at the entrance of the community on Marsalis Ave. that needed re-painting.   Residents and volunteers painted over graffiti as they gave the wall a fresh coat of paint.

Cedar Oaks has completed its second beautification event and is now ready to begin the home improvement incentive.  We plan to conduct site visits and begin the work this week.

END_OF_DOCUMENT_TOKEN_TO_BE_REPLACED

Raised to a Master Mason in 1908, at Harmony Lodge No. 17 in Washington, DC, Carl H. Claudy  served as the Master and eventually as Grand Master of Masons … END_OF_DOCUMENT_TOKEN_TO_BE_REPLACED

In this final installment of the Faith Hope and Charity series, we consider the symbolism of charity, or perhaps better called love. It is this attribute that … END_OF_DOCUMENT_TOKEN_TO_BE_REPLACED

In this installment of the Symbols and Symbolism of Freemasonry, we examine the text of Albert Mackey's Encyclopedia of Freemasonry on the symbolism of … END_OF_DOCUMENT_TOKEN_TO_BE_REPLACED

In this installment of the Symbols and Symbolism of Freemasonry, we consider a reading of Albert Mackey's text on the subject of Faith as it pertains to … END_OF_DOCUMENT_TOKEN_TO_BE_REPLACED