You are here: Home / Archives for micro managing the Craft 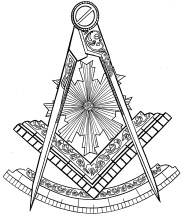 Exactly two weeks to the day The Old Past Master pulled into the Lodge’s parking lot and parked right next to the Master’s car. He was extra early but still the Master had beaten him there.  Breezing into the office he found Worshipful Reynolds at his desk.

“Evening Worshipful,” offered The Old Past Master. “What’s new since we talked on the phone a couple of days ago. Did you get to have a tête-à-tête  with the Grand Master?”

“Yes I did,” replied Master Reynolds. “And the news is all bad?

“The Grand Master would not give an inch and even added the requirement, coming out soon in a follow-up edict, that every Lodge will have to submit a budget to the Grand Lodge.  It will have to include all expenses and proposed expenditures of the Lodge as well as all income and resources upon which the Lodge plans to draw.”

“It fits right in with their micro management of chartered Lodges and points to a continued grab for power. I am afraid we must proceed with Plan B.  How have you and your committee come along with a solution to our problem?”

“We have all the preliminaries in place. All we need now is for the go ahead to execute.”

For the next hour The Old Past Master and Master Reynolds huddled in deep conversation, planning that night’s meeting and how everything would be presented.

On the dot of 7:00 PM Master Reynolds opened the Special Communication of Lodge and addressed the Brethren. Due to the Summons outlining the topic for the evening and word of mouth, the Lodge room was packed.

“Brethren, I bring you bad news from our Grand Master with whom I have personally met this week. He refuses to compromise on the order that we received and discussed at the last stated meeting two weeks ago. Furthermore he has added the requirement, forthcoming in a written order, that we submit a budget, along with every other constituent Lodge, to the Grand Secretary revealing all our sources of income and forecasting all our expenditures. The question becomes Brethren do we submit or do we refuse?”

“Why that’s outrageous, ” bellowed Brother Andrews. What are the consequences should we refuse to comply with the Grand Master.”

“The consequences could be my expulsion and the expulsion of any and all others as well as the Grand Master taking our Charter and closing the Lodge,” replied Master Reynolds.

“Then I say that we should not fight the Grand Master on this,” countered Brother Parantopoulos after being recognized by the Master..

“And I say that if we give in now we will face yet another showdown in the future on an equally contentious issue,” said Brother Allendes jumping up from his seat and getting the nod from the Master.

Senior Deacon Jackson slowly rose and after getting the eye of the Master wearily uttered, “When will it all end? When will we decide enough is enough? Is it now or later?”

“LATER,” rose a chorus from the sidelines.

“NOW,” rose another chorus from the sidelines.

“I move that that we take a vote for informative purposes to see where we stand, ” offered Senior Warden Leavitt.

“I second the motion,” chipped in Brother Garcia.

“Brethren we have a motion before you to take a vote to see where we stand on this issue,” declared the Master. Do I have any discussion on the motion.

“All those in favor say aye, those opposed nay.”

“The ayes have it, ruled Master Reynolds. “The Chair declares that this will be a secret ballot. The three top officers will count the ballots. Brother Deacons, prepare a secret ballot which will be in written form. Brethren you will write on a slip of paper ‘yes’ to signify that we should resist the Grand Master and ‘no’ to signify that we should submit to the Grand Master.”

After the vote had been counted  Master Reynolds addressed the Brethren. “Out of a total of 63 total votes cast, the results are 41 yes votes to resist and 22 no votes to submit to the Grand Master.”

Past Master Early asked for the floor. “Worshipful, what does this mean? How can we proceed if we are divided? Either decision will alienate some Brethren. Do we go  just by majority rule?”

At this point Master Reynolds looked over at The Old Past Master. With a nod The Old Past Master assumed the floor. You could hear a pin drop as he stated, “Brethren the Committee that was appointed to look into an escape route has a plan that will satisfy both those in favor and those opposed to refusing to submit to the Grand Master. Here is the plan…”

END_OF_DOCUMENT_TOKEN_TO_BE_REPLACED

Raised to a Master Mason in 1908, at Harmony Lodge No. 17 in Washington, DC, Carl H. Claudy  served as the Master and eventually as Grand Master of Masons … END_OF_DOCUMENT_TOKEN_TO_BE_REPLACED

In this final installment of the Faith Hope and Charity series, we consider the symbolism of charity, or perhaps better called love. It is this attribute that … END_OF_DOCUMENT_TOKEN_TO_BE_REPLACED

In this installment of the Symbols and Symbolism of Freemasonry, we examine the text of Albert Mackey's Encyclopedia of Freemasonry on the symbolism of … END_OF_DOCUMENT_TOKEN_TO_BE_REPLACED

In this installment of the Symbols and Symbolism of Freemasonry, we consider a reading of Albert Mackey's text on the subject of Faith as it pertains to … END_OF_DOCUMENT_TOKEN_TO_BE_REPLACED