You are here: Home / Archives for obligations

Once again Father’s Day has rolled around again like it does every year. The question comes to mind – Is this just another day to boost the greeting card and restaurant business? Or does it perhaps have some special significance to Freemasons?

Are we not one of the few social/charitable organizations that binds its membership with a strong moral message? Doesn’t that distinguish Freemasonry above and beyond what constitutes most groups and societies? Do we not tout ourselves, as Freemasons, that we make good men better? Perhaps then family values are also among the many virtues that Freemasons promote.

Will you take the FATHERHOOD PLEDGE then today?

Brothers, many times when we say that Masonry is a beautiful system of morality veiled in allegory and illustrated through signs and symbols…we forget the key word is Morality. I have grown so much since I was raised in 1994, that the teachings of this institution take a greater and deeper meaning in my life more and more. My lodge Brother is a licensed social worker and family therapist and he developed an Obligation for Fathers; Hope it helps you like it has me:

OF CARING, COMMITMENT AND CONSISTENCY

“YOU” A New Father

I ___________PLEDGE TO BE A CARING, COMMITTED AND CONSISTENT FATHER, GRANDFATHER, UNCLE, CO-PARENT OR ANY OTHER

IN THE LIFE OF MY CHILD(REN).

AS A CARING FATHER,

PLEDGE TO SHOW UNCONDITIONAL LOVE TOWARDS MY CHILD(REN). TO ADMIT WHEN I’M WRONG OR MAKE MISTAKES, AND INSTILL DISCIPLINE AND REASONABLE CONSEQUENCES SHOULD MY CHILD(REN) BEGIN TO GO ASTRAY.

AS A COMMITTED FATHER,

PLEDGE TO DEDICATE MYSELF TO THE WELL BEING, EMOTIONAL, EDUCATIONAL AND SPIRITUAL DEVELOPMENT OF MY FAMILY; TO AVOID, WHENEVER POSSIBLE, MAKING COMMITMENTS I CAN NOT KEEP, AND TO KEEP COMMITMENTS THAT I MAKE;

BE IT FINANCIAL, ATTENDING SCHOOL FUNCTIONS OR ANY OTHER CHILD RELATED ACTIVITY I’VE AGREED TO ATTEND; AND TO COMMIT MYSELF TO ESTABLISHING AND/OR MAINTAINING A POSITIVE WELL FOCUSED RELATIONSHIP WITH HIS/HER MOTHER.

AS A CONSISTENT FATHER,

PLEDGE TO BE A CONSTANT FIGURE IN THE LIFE OF MY CHILD(REN) REGARDLESS OF MY EMPLOYMENT STATUS, FINANCIAL STATUS OR RELATIONSHIP WITH THOSE AROUND THEM.

FOR I UNDERSTAND THAT CARING AND COMMITMENT IS MEANINGLESS WITHOUT CONSISTENCY.

I MAKE THIS PLEDGE FREELY AND WILLINGLY BEFORE THE

EYES OF GOD, GUEST WHO ARE IN ATTENDANCE TODAY,

AND MY FELLOW FATHERS WHO ARE DEDICATED TO A LIFETIME OF CARING, COMMITMENT AND CONSISTENCY.

As I sat by the window looking up on high
Trying to see the figures in the darken skies
My imagination creating forms of pleasure
As the clouds moved east, geometric measures

Now the clouds got thick, heavy they became
when the winds picked up, followed heavy rains
as the waters clashed against the window ledge
the leaves off trees blew away the hedge

The scenery was furious like a hurricane
Throwing all its might like a cargo train
But in one quick second everything just stopped
Everything was calmer, not even one raindrop

And so I saw creation right before my eyes
How it all appeared, from within it lies
There’re no shadows cast on an opened mind
The no-limit space where there is no time

I can just recall when I joined the Lodge
Holy Book on Altar, checkered floor mirage
Remember the window I looked out to see
It was not outside but inside of me

So as we shape the ashlar , that is made of stone
A long road is traveled, pass the borne unknown
You’ll one day lay down- your flesh and your bones
Rejoicing soul ascends, the flesh dies alone. 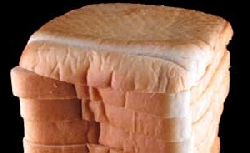 I was making a sandwich the other day, and as I opened a loaf of bread I observed the heel customarily unclaimed by other members of the family. I, of course, took it to build my sandwich. Only then did I stop to think how many times I had done this over the years as my family seems to have an aversion to eating the heel and, consequently, it was always earmarked for my consumption exclusively. It’s not that I relish eating the heel, I just don’t want to see it go to waste. I then started to think about the other attributes that distinguish fathers. For example:

It is the father’s job to kill spiders, bugs, and any other potential vermin frightening the household. In Florida, this includes man-eating grasshoppers, ants, armadillos, opossums, snakes, and the rare alligator that may wander by the house.

It is the father’s job to take out the trash, not just the regular kitchen garbage but virtually anything that can be shoved into, on top of, or next to a trash can. This includes items from the attic, bio-hazardous material stored in the garage, and anything that can be hacked off on the property. When the receptacles are full, it is the father’s job to somehow transport it to a dumping station, usually in the cleanest car available.

It is the father’s job to mow the lawn. More than mere mowing, this includes edging, hedging, pruning, sodding, raking, fertilizing, and blowing debris off the property. Hopefully the father is assisted by his offspring, but most find it an imposition for the child and therefore pays for Mexican laborers to perform the task instead.

It is the father’s job to change the oil and wash the car. I don’t mean running down to a car wash or quick-lube either. Every father should know how to use a hose and bucket of suds, not to mention wax. Further, they should be able to change the oil, miss the pan, and cleanup the slop spilled on the driveway. Hopefully the father is assisted by his offspring, but most find it an imposition for the child and therefore pays for Mexican laborers to perform the task instead.

It is the father’s job to eat leftovers and anything else the family refuses to consume. This distorts his palate which explains why father’s have a passion for such things as lima beans, Brussels sprouts, artichoke hearts, rutabaga, lamb shanks, liver and onions, black eyed peas and collard greens, grits, tapioca pudding, Rhubarb Pie, and Bosco.

It is the father’s job to help the children with their homework when they hit a problem. It is also his job to look as helplessly puzzled when he doesn’t know the answer (or understand the question).

It is the father’s job to make simple house repairs, such as changing the garbage disposal, fixing the toilet, repairing the door bell, or electrocuting himself when he should have called an electrician.

It is the father’s job to be the computer technician of the house, to hook up wires and strings, to buy and replace printer cartridges, and to curse Microsoft.

It is the father’s job to take the blame for whatever goes wrong, large or small, regardless if he is at fault or not, pick up the pieces and try to mend things.

It’s not easy being a father. They get all the dirty little jobs to do, and the leftovers to eat. They only ask for a little love and attention in return.

END_OF_DOCUMENT_TOKEN_TO_BE_REPLACED

In this final installment of the Faith Hope and Charity series, we consider the symbolism of charity, or perhaps better called love. It is this attribute that … END_OF_DOCUMENT_TOKEN_TO_BE_REPLACED

In this installment of the Symbols and Symbolism of Freemasonry, we examine the text of Albert Mackey's Encyclopedia of Freemasonry on the symbolism of … END_OF_DOCUMENT_TOKEN_TO_BE_REPLACED

In this installment of the Symbols and Symbolism of Freemasonry, we consider a reading of Albert Mackey's text on the subject of Faith as it pertains to … END_OF_DOCUMENT_TOKEN_TO_BE_REPLACED

In this edition of Freemason Information’s Symbols and Symbolism we consider, together, the four cardinal virtues of Freemasonry as gathered form Albert … END_OF_DOCUMENT_TOKEN_TO_BE_REPLACED