You are here: Home / Archives for obscure 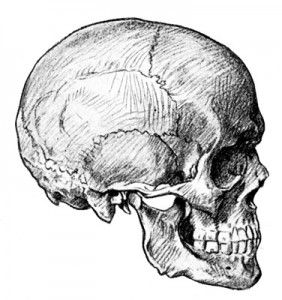 An interesting find is the turn of phrase that introduces each new visitor to the New York Obscura Antiques shop captured in the now three season program Oddities on the Science Channel.

Shop owners Mike Zohn and Evan Michelson are joined by buyer Ryan Matthew who together bring to this slice of Reality TV heaven a real sense of the obscure items that most are afraid to acknowledge exist or that they have an interest in.

The production plays exactly like a reality TV show but because of its eclectic nature is free from the mannequin like people of most instead being chock full of characters from the other side of life.  Reality wise, the show is one part Storage Wars, one part American Pickers, and a healthy does of Jim Rose’s Circus, such that it is every bit the reality TV show for the Alt mainstream American.

One of my favorite parts of  the show are the reactions to some of the more ‘out there’ artifacts that people come looking for or bring in to sell.  Some of the most sought after treasures include quack medical equipment, pickled two headed animals or shrunken headhunter trophies, all of which could be described in a single episode.

Besides the featured items of the programs name sake, I have been making a visual count of all the fraternal items in the shop sitting on the shelves behind the owners as they haggle with patrons over the cost of many of the stores cabinet of curiosity curios.

One of the items that stood early on was the Knight Templar uniform, complete with its flair of embroidered embellishments on a mannequin.  Resting on the shelves in other episodes was the uniforms matching feathered chapeau.  I’ve spotted a number of other Masonic oddities in the background too (all of which I’d love to have in my own collection) including beautifully adorned aprons, alter dressings, banners, flags, and a sparkling crimson Fez from the Shriners.

You can clearly see the Fez in this Oddities clip with Judah Friedlander.

One of the more curious items in the background is the skeleton in a coffin, which one episode pointed out was a fraternal prop with articulated joints and jaw wired to move in the delivery of a poignant ritual lesson.  Store buyer Ryan describes just such a purchase at an upstate Masonic temple in his show bio which gives us a good idea of how the masonic material ends up in the store.

You can catch a stunning antique Apron in this clip

Another cool item in the shop, picked up by an aspiring Steampunk aficionado, is an old Odd Fellows hoodwink with alternating lenses.

While the goggles may not be overtly Masonic, they do still bear the fraternal hallmark of an object with an esoteric purpose.

What I find most interesting about oddities, from a fraternal point of view, is the amount of material culture gathered into their oddities collection.  With so much history disassociated from its source (which is true of most everything on the show) the fraternal items in Obscura stand out in contrast as most of the fraternal items are from groups that still meet today.  Thinking about it presents an interesting perspective on the change in culture and the shift in the relevant.  The question it raises is about the stewardship of the material culture to go from what was likely once a proudly owned piece of ephemera to an oddity in a collection of progressively curious forgotten memorabilia.

Oddities airs on Saturday nights at 10PM, or in multiple re-broadcast on the Science Channel.  While you wait, you can watch clips from past episodes on the programs website.

If you really can’t wait, and you’re in the market to fill your cabinet of curiosities, look no further than the Obscura Antiques Facebook page where you can find lots of photos of their obscure treasures (look for the Knights Templar skull and cross bones apron in a photo in their album).

END_OF_DOCUMENT_TOKEN_TO_BE_REPLACED

Raised to a Master Mason in 1908, at Harmony Lodge No. 17 in Washington, DC, Carl H. Claudy  served as the Master and eventually as Grand Master of Masons … END_OF_DOCUMENT_TOKEN_TO_BE_REPLACED

In this final installment of the Faith Hope and Charity series, we consider the symbolism of charity, or perhaps better called love. It is this attribute that … END_OF_DOCUMENT_TOKEN_TO_BE_REPLACED

In this installment of the Symbols and Symbolism of Freemasonry, we examine the text of Albert Mackey's Encyclopedia of Freemasonry on the symbolism of … END_OF_DOCUMENT_TOKEN_TO_BE_REPLACED

In this installment of the Symbols and Symbolism of Freemasonry, we consider a reading of Albert Mackey's text on the subject of Faith as it pertains to … END_OF_DOCUMENT_TOKEN_TO_BE_REPLACED