You are here: Home / Archives for Pagans

Corey Bryson who was forced into resigning from the Grand Lodge of Florida because of his Pagan/Deist religious beliefs has written some follow up information in the new blog he has started, Musings Of A Pagan Mason (the page has since been taken down). This sheds further light on how radical fundamentalist the Grand Master of Florida really is. Here are some excerpts from Bryson’s blog:

“Not one Officer of the Lodge reached out to me and said this, either before or after my resignation. I spoke with the Jr. Warden who delivered the Ruling. He made it emphatically clear to me that if I fought the Ruling, I would be expelled from Masonry for life. There was no other option. The Lodge WOULD NOT come to my defense. I spoke to several Past Master, who told me that I should resign, leaving myself with the opportunity to come back at a later date.”
“Personally, I spent about 24 hours determined to go down swinging, fighting this atrocity with my last breath. Then I remembered my Obligation, which indicates that I am obliged to obey the laws and edicts of the Grand Lodge. I’m a pretty straight-forward kind of guy. Those who know me well will tell you: if faced with a decision to do the easy thing or do the right thing, I’ll do the right thing. I’m not trying to claim perfection, because I surely am not that. I make mistakes, and have been known to screw things up royally, like anyone else. I just have a personal sense of honor and integrity that prompts me to do the right thing even when no one is looking.”
“I didn’t have the option of hiding behind my lodges “Don’t Ask, Don’t Tell” policy. I was already “out.” I was “out” with the officers of my lodge before I was accepted for the 3 Degrees of Masonry. I also know that the Grand Master was aware of me before his visit to our lodge on 10/25. Now, don’t make the mistake of assuming that I disagree with the choices of other Brothers indicated under this Ruling. I hope they stay hidden during this (literal) witch hunt and until the nastiness ends.”
“I took my friend Brother Odinist out to dinner last night. It seems strange referring to him like that, because a man is much more than his religion or creed. It was his request to address him as such, though. In the end, that title is why he was required to leave FL Masonry. My Brother was quite upset, borderline depressed with the current injustice. You see, his class was scheduled to be raised last night, and as far as I know the remaining Fellow Crafts were. Along with the Ruling about Proscribed religions, the Grand Master of Florida Jorge L Aladro also ordered that Bro. Odinist’s progression be halted immediately. He was not allowed to wait a week, be raised, and then resign. Even the acceptance of his petition was deemed invalid.”
“While talking over things, we discussed a conversation that we had with a Lodge Officer. This officer stated that during a meeting, the Grand Master made the statement that there are approx. 45,000 masons in the State of Florida. He went on to say that there should only be 25,000, because they were the only REAL Masons. It was said that there are 200 individuals suspected of being of the proscribed religions. Doing the easy math, if the Grand Master can root out all of the Pagans, Wiccans, Odinists, Agnostics, and Gnostics, he still has 19,800 slots to fill.”
“This all begs the question, who is next? We can only guess at that. Will the next statement proscribe Hermeticists, Rosicrucians, Kabbalists, Unitarian Universalists, Deists, Hindus, Jainists, Sikh, Sufi, Buddhist, New Age, New Thought, Esotericists, or Thelemics? Or maybe there will be a list of Denominational churches that a prospective or current Mason will be required to be a member of. It seems a slippery slope once a tolerant and enlightened society, as Masonry is supposed to be, starts to limit their degree of religious tolerance.”
“Will it be the Gay Masons? After all, one could assume that homosexuality is a moral abomination to the Grand Master. Thus any Gay Mason would automatically be unable to uphold the Grand Masters idea of the Moral standards of Masonry.”
“Since we are on the subject of “Sexual Immorality”, what about those who are having relations with someone whom they are not married to? Will they be the next Masons on the chopping block? By any standards of fundamentalist or mainstream Christianity, fornication is immoral. Would that preclude a man from becoming or remaining a Mason? Maybe there should be a “no shacking up” clause in the digest.”
“What about those with criminal convictions? I know that they would normally preclude a man from becoming a Mason, at least until his civil rights are restored. But what about the plethora of ignored offences. The most common seems to be DUI. Will that get you kicked to the curb?” 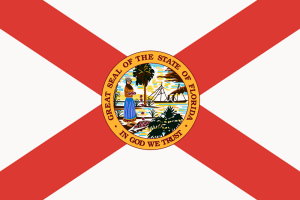 “What is the new standard of tolerance to be? How picky does the Grand Lodge of Florida have to get in order to reduce their numbers by nearly half? Even trying to make myself think like a bigoted, intolerant fundamentalist I can’t come up with much more than this list. I’m sure there are other population groups targeted, but only time will tell who they are. Maybe the next Ruling will shed some “light” on that subject.”
“As for myself and Bro. Odinist, we will keep on keeping on, fighting the Good fight for the True Masonry we love. We are both hoping to find a home after this time of adversity. We both believe in the ideals of Masonry as we know them, and as shown throughout history.”
Florida has a tradition of being a favorite Native American Indian area. I am wondering if the Grand Master of Florida would accept a Native American Indian who practices traditional Indian spiritual worship? One thing is for sure, Florida Masons aren’t smoking any peace pipes yet.

In case you were wondering what those funny hand-signs were, Chris Constantine , editor of the website Let the Truth be Known, has made a video to tell you what they mean.

By association, he seems to believe the secret hand and finger signals of Illuminati, Freemasons, Wiccans, Pagans, Druids all relate to Apollyon the Beast, the dread monster from the Book of Revelation aka HALIOS or Zeus.

He reveals his startling revelation of in hand maps of palmistry which use the names of so called Greek “gods” (Nephilim) to name the fingers.

There is so much truth in this video that it’s like a truth bomb.  Kidding, of course.