You are here: Home / Archives for rights 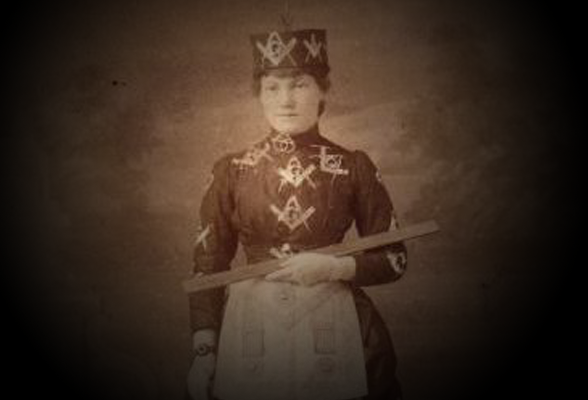 The Free-Masonic Institution is an Initiatic, Esoteric, Humanitarian, Philosophic and Philanthropic Order that labors in pursuit of the spiritual, ethical and moral evolution of humanity; It propagates in profane societies the ideals of scrupulous respect for human rights and for the individuality of men and women, in a multinational, multiethnic, multicultural, secular, free and democratic world intended to be the best formula to work toward the positive development of all countries. Free-Masonry works for the defense and diffusion of the principles that consecrate Man, seen and considered as an individual and unrepeatable being, superior vertex of the pyramid of evolution, subject to obligations and duties and beneficiary of inviolable rights defined and protected by free and democratically promulgated laws. Free-Masonry, by making use of any legal mean within its reach, struggles actively against all forms of slavery, torture, violence, discrimination of gender and every limitation of rights stipulated by International Declarations, Treatises and Laws.

In concordance with the previous postulates, I now proceed to revise a small segment of Albert Mackey’s Ancient Landmarks:

Recognizing in Free-Masonry the very principles of Progressiveness, unrestricted Respect for Human Rights, the Dignity of Man and Woman, Justice, Solidarity, Social Progress and the absolute Liberty of Conscience; and accepting the fact that most instituted laws in the U.S. make Intolerance, Injustice and Inequality illegal, it becomes necessary and justifiable to address a long over due topic of concern to all Free-Thinking-Masons: Women and Free-Masonry. This, is a rather ample subject to which I have and will dedicate much time to write about in the near future; However, on this occasion I will only address – briefly – Albert Gallatin Mackey’s XVIII Landmark, in hopes of verifying whether or not this edict is in faithful concordance with the basic tenets and principles of the Order.

The XVIII landmark states in essence that “No Woman, Slave, Cripple, Mutilated Man, Atheist, Mad Man/Fool, Minor and Man in his dotage can be made a Mason”. Given the fact that criminals, minors and men of advanced age are not being initiated into the Craft, and there are no slaves (at least not legally) left in our society, it is necessary for Mainstream “Regular” Masonry to align itself to that tendency to which most Latin American and European countries subscribe: An anti-dogmatic F-r-e-e-Masonry that represents and incarnates the dynamic forces which stand against the static/conservative proclivities that support the concept that Masonry is a cult founded upon religious tenets, and whose dubious original principles – the ancient landmarks –  are immutable until the end of time, and, thus, NO modifications in principles and/or fundaments can be applied to “Original Masonry” without forcing it to cease being so. This prohibition is, of course, against the very Progressive principle of the Order.

We should equally consider that in addition to the “Landmarks of Mackey”, there are also 12 of MacBride, 8 of Pound, 3 of Pike, 24 of Lecerf, 54 of Grant de Louisville, 24 of Lawrence, 27 of the General Assembly of Franc-Masons held in Paris in 1523 and 8 of the Grand Lodge of England. Some of these landmarks are common, others are rather different, and, in some cases, some are in total contradiction with each other. How, then, is a semi-educated Free-Mason to determine which are the right-ones? Which are the “True Landmarks”? How do we establish this? Which are the patterns of reference that should be employed to identify the “Genuine Landmarks”? These, are questions that we, as sensible and aware Free-Masons, must endeavor to answer with utmost discernment. Surely, of course, “Mackey’s Ancient Landmarks” alone will not suffice.

This very controversy is perhaps the most recurring symptom of Spiritual Glioblastoma that, ever since the dubious legal emergence of the “Grand Lodge of London” in 1717, has been rotting the foundation of organized “Mainstream Regular Masonry”: Chronic Politics mutated with Acute Special Interests. Nowadays, just like in the past, the implementation of many and different landmarks obey sectarian, religious, financial and political interests, clearly responding to the sole purpose of exerting exclusivity over the governments of the Craft and introducing a defined orientation, against the principles of Universality and Progressiveness which have characterized Free-Masonry through the ages. Consequently, I find it imperative to determine which of these “landmarks” are authentic and indispensable for the conservation of Nature and the effectiveness of Fraternity, in function with the type of Free-Masonry that we want for the future.

Particularly, I believe that to cast aside women, cripples and other physically incapacitated individuals from organized Masonry and any other institution for mere historical motives, is to live in a virtual reality mode, anchored to a past that is not ours, for, after all, we are only responsible for the Here and Now. The sole qualifications and conditions to belong to organized Masonry are: to be free and of good (verifiable) breeding. I understand, however, that in the XVII and XVIII centuries the first basic qualification was difficult to meet, not only due to the nature of operative labors and intrinsic incapacity, but, due to mere historical and social impositions.

In the context of Women, nowadays the situation has changed, at least in most countries of the secular world. The access of women to education (including University) and their access to the working world  have given our mothers, wives, sisters and daughters a legal standing to preserve, protect and enforce their own liberties, rights and prerogatives before society – precisely the freedoms that they did not enjoy around the time when these alleged “Ancient Landmarks” and the so called “Anderson’s Constitutions” were drafted.

To impede women and the physical disable (Not intellectually disable) the access to any organization (fraternal and/or otherwise) for reasons of gender and physical condition, is to automatically place such organization at the margin of legality – Given the fact that these are rights stipulated in the Universal Declaration of Human Rights, of which the “land of the free and home of the brave” is an endorser and a well known “world enforcer”.

As a somewhat aware and semi-educated Man and Free-Mason, I believe that it is and must be a question/issue of Time and Maturity to accept into the Craft the human being who seeks to better him/herself as a person and the society he/she lives in, without regard to sex, race, nationality and/or age. Everything else that counters this belief is simple and clear Discriminaion.

Organized Mainstream “Regular” Masonry can no longer ignore that the rights of Women constitute an essential part of Universal Human Rights. At this juncture in the development of humanity, any attempt to defend or perpetuate discriminatory practices against them, can only be based upon the Intention of denying them their condition of Equal under the Law. The struggle for Human Rights has been a Masonic battle, for it was inspired on principles embraced by the Order and brought to the world arena by Brothers.

Free-Masonry is THE institution created for the reflection and action that sets the course and pace for the development of humanity. And if a Woman is part of said humanity, she also has the right to assume this challenge next to us, Men, the ones who have unjustly and fanatically excluded her for such a long time.

Let us remember, my Dear Brothers, that we cannot detain Evolution itself by tying it to the inextricable limits of a Dead Past! Nature is not stationary! Institutions age while Humanity rejuvenates, incessantly! Methods can be spent, the exigencies of Time and Spirit may be modified and doctrines can be corrupted; But, only the “End” remains identical to itself, for we are here “in the Valley” and “it” dwells up-there “in the summit”.

With these reflections and without anything further to add (at this time), I thank you for reading and I embrace you on the Five Points of Fellowship. 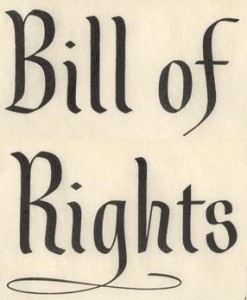 When you enter the Masonic fraternity you tend to take a lot for granted. For example, that your Lodge will operate like other nonprofit institutions you are familiar with or the general laws and rules of the country and state where you reside. Interestingly, it doesn’t and, instead, marches to its own unique drummer. Aside from the obligations you take as a Mason, you are really not cognizant of the mechanisms of the fraternity or what you are entitled to. This caused me a couple of years ago to start seeking a “Bill of Rights” for the individual Mason. Remarkably, you don’t find very much in this regards. There is of course the Ancient Landmarks of Freemasonry, but this is more geared towards the administration of the Grand Lodge system. Masonic law differs from jurisdiction to jurisdiction, but it too primarily addresses the workings of the Grand Lodge. But finding a listing of the fundamental rights we should all enjoy as individual Master Masons is another matter altogether. To this end, I have assembled an initial list of rights. I began by examining the U.S. Bill of Rights as well as other comparable documents. I then reviewed drafts of my proposed rights with other Masons whom I respect.

Below is my final draft of the rights all Master Masons in good standing should enjoy.

I have been over this list numerous times and have been very sensitive to the wording. Nonetheless, I am sure there is an omission I have undoubtedly overlooked or something requiring clarification or improvement. Consequently, I see this “Masonic Bill of Rights” as a work in progress and would welcome your suggestions for improving it.

This list alone should make for some interesting food for thought, particularly for our younger Brethren as they embark on their Masonic career.

by W:.Tim Bryce, PM, MPS
timb001@phmainstreet.com
Palm Harbor, Florida, USA
This article is a reprint from its original posting on this site.
A Foot Soldier for Freemasonry

Article reprinted with permission of the author and www.FreemasonInformation.com. Please forward me a copy of the publication when it is produced.

Also be sure to check out Tim’s “Pet Peeve of the Week“ (non-Masonic related).

END_OF_DOCUMENT_TOKEN_TO_BE_REPLACED

In this final installment of the Faith Hope and Charity series, we consider the symbolism of charity, or perhaps better called love. It is this attribute that … END_OF_DOCUMENT_TOKEN_TO_BE_REPLACED

In this installment of the Symbols and Symbolism of Freemasonry, we examine the text of Albert Mackey's Encyclopedia of Freemasonry on the symbolism of … END_OF_DOCUMENT_TOKEN_TO_BE_REPLACED

In this installment of the Symbols and Symbolism of Freemasonry, we consider a reading of Albert Mackey's text on the subject of Faith as it pertains to … END_OF_DOCUMENT_TOKEN_TO_BE_REPLACED

In this edition of Freemason Information’s Symbols and Symbolism we consider, together, the four cardinal virtues of Freemasonry as gathered form Albert … END_OF_DOCUMENT_TOKEN_TO_BE_REPLACED