You are here: Home / Archives for stated meeting

The headline is just a grabber, but after seeing first hand how a church operates, it became very clear that the way a Masonic lodge is designed to operate is exactly how contemporary churches are operated – very likely the former emulating the latter.

Now this may not come as a surprise to those reading who are already active in their own church.  By active I mean sitting on church committees, engaged in the church council, or actively making decisions in weekly/monthly/yearly operations.  But for most pew sitters or side-liners a lot goes on behind the scenes.

In other words, the Sunday service is just one component of the function of the church, and the growth and prosperity comes in the 6 days of work before that worship service.

The thing to remember here is that the strength comes in the committees and the activities that they plan and implement.  Before we look at the committees we need to take a look at smaller group lead by the individual committee heads that, together, steer the church through a church council, which goes by a variety of names across the denominations.

As issues arise the church council votes on behalf of their fellow members and when needed bring major issues to the church body to vote upon.

All of this happens under, generally speaking, a larger church body – a Bishop or governing council of churches.  This larger body sets general policy and administers the landmarks of what makes that denomination unique.  By and large, most Christian denominations are very similar with the differences being in their culture rather than their doctrine.  So, from a church perspective, the differences come in their activity.  It’s because of this head office type of leadership model that I would suggest so many churches take on a go-it-alone path and open up as their own organization or forming loose associations of churches which is an entirely different subject to look at.

Think of these parent organizations in the same capacity that the Roman Catholic Church operates under, except where the Pope is the final authority; these denominations have councils and conventions that steer the overall church policy.

Back down stream, the church while in line with the denomination, operates in its community taking on the flavor and tone of the community in which is exists.  Most of its activity takes place in light of the people who comprise it.  In fact, I think you would be hard pressed to find many members in a local church who could really tell you what the larger body is doing in any given month and even fewer who give the body much consideration.  This is true of most Masonic lodges too and probably the way it should be.  The congregation should be concerned with its own day to day operation because the parent body is seldom a factor other than when managing the underpinnings of the denominational church brand.  Even when it comes to liturgical practice, most follow a pattern across most denominations of a liturgical year.  For most, this is a transparent process but if you pay close attention you can follow over the course of a year.

Let’s look at how this works locally; churches hire clergy and staff to run their program, while the congregation goes about the activity of being Christians.  Presumably, the hired and placed clergy is selected by the area Bishop to be a good fit with the local congregation and a pastoral placement can last from many, many years to just a few depending on the needs of the congregation.  That clergy, while function as the religious and spiritual shepherd, are guided by the church council.  In fact, their work is shaped by the

congregation themselves based on their interactions and needs within the bounds of biblical principal and denomination methodology.  So, reciprocally, the pastors lead in the direction the congregation wants to go within the framework of the denomination which is essentially the role of the lodge worshipful master during his term in the east.

At times, the church sermons vary, but by and large the cycle of worship follows a liturgical calendar teaching the message of the church.  Sermons are developed based on the seasonal message, all of which takes place in the context of the biblical teachings.

In essence, you could say that the weekly service, while inspiring, serves to facilitate the tradition of the church which in turn inspires the congregation to grow with activity between services.

It really is an amazing process to watch when it happens.

Having come a long way barely touching on the idea of a lodge being like a church, but if you’ve been reading closely, you can already see the connections.  What I’ve learned is that the vitality of the church isn’t so much about the leadership as they will simply do what the membership asks of them.  Rather, the vitality comes from the activity of the members, the committee members who plan, produce, and grow the church.

One thing that really stood out to me in the Masonic parallel is that the monthly lodge meeting, while seen as the most important meeting in the life of the lodge, is really no more than a council meeting with reports from the various committees.  In the church example, the meeting while open to all members of the church, is generally only attended by the heads of the various committees to, of course, get the business of running the church (insert lodge here) done.

This is not to say that the Church council debates the major issues such as paying the phone bill or the laundry costs of linen table cloths.  To the contrary, like any responsible operation, the church hires a business manager from outside of the membership (when able of course) to manage the day to day business activity.  Doing this, I can see, dissolves the intimacy of relationship that can develop between treasurer and secretary and divests the feeling of ownership of the lodge from a few long in office fiefdoms, to a single professional with oversight from a finance committee and the clergy leadership.

On the other side of the coin is the weekly service which, I see, takes on the aspect of the degree meeting.

In the lodge, it seems that from the body of the membership somewhere along the line the activity of the being a Mason has been eclipsed by the business of being a Mason, and the ceremony of making new masons, the weekly service if you will, has become more a foot note in attendance when compared to the monthly business meeting.  After all, lodges publicize their monthly stated as the important meeting to attend, rather than the actual weekly service of making Masons.

This point could be debated for hours on the necessity of meeting more and the value (or waste of time) that such activity fosters.  I’ll save that debate for the comments or another post, but as with any activity, value to worth can be measured in the balance of activity.  Fred Milliken made the point in a post a few months back, At the Crossroads of the Many Paths of Freemasonry, that masonry is not all things to all people, especially when it comes to personal goals and aspirations.  In his piece, he says explicitly to go out and find what you’re looking for outside of the lodge, which is good advice for both lodge and church.  But, as the saying goes, you can be the change you seek to see a process that can be worked through the activity you seek in your congregation or lodge.  Again, the topic for another discussion. 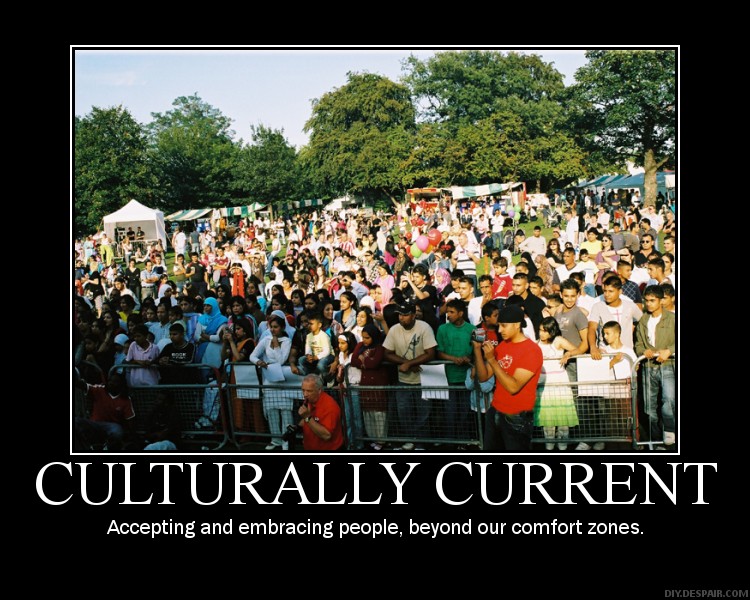 Even with their own special monthly meeting segment, reports of special committees, the committees should be the driving force behind the lodge (as with the church) outside of the weekly and monthly get ceremonial gatherings.

And, this is the case in many lodges, committees are already the beating heart of activity and only as restricted as the vision that they take on.  When viewed in light of the evangelical aspect of the church, committees can develop programs that could appeal to like minded community members, and made open to friends and associates as a means of bolstering presence:  movie nights, day trips, education seminars, art shows, and so on.  Really, the list of activities that can be planned are only as limited as the vision of the committee behind them.

So, this is a long way to say what you probably already know – committees are the force behind the congregation and the lodge.  What I’ll add is that prior to seeing it action in a church, with its members and activity, I didn’t see it in the lodge.  The champions of the church are those members who have the vision of what the church should represent and not those concerned with preserving what it was.  Does it ruffle feathers, absolutely!  Does it introduce new community members to the congregation, absolutely.  Not having an active group of committees means a stagnant church and hoping on people to walk in off the street to check out the congregation which works, bit not nearly enough to sustain growth.  Will they stay if it’s a drab congregation with or little activity that appeals to them?  Even if the service is dynamic and the facility beautiful, if an engaging program of activity is missing, people will not stay and look for other venues to engage themselves in. Greatest prosperity comes in more activity, activity where one to one interactions are possible and relationship can be made which works, but not nearly enough to sustain growth.

END_OF_DOCUMENT_TOKEN_TO_BE_REPLACED

Raised to a Master Mason in 1908, at Harmony Lodge No. 17 in Washington, DC, Carl H. Claudy  served as the Master and eventually as Grand Master of Masons … END_OF_DOCUMENT_TOKEN_TO_BE_REPLACED

In this final installment of the Faith Hope and Charity series, we consider the symbolism of charity, or perhaps better called love. It is this attribute that … END_OF_DOCUMENT_TOKEN_TO_BE_REPLACED

In this installment of the Symbols and Symbolism of Freemasonry, we examine the text of Albert Mackey's Encyclopedia of Freemasonry on the symbolism of … END_OF_DOCUMENT_TOKEN_TO_BE_REPLACED

In this installment of the Symbols and Symbolism of Freemasonry, we consider a reading of Albert Mackey's text on the subject of Faith as it pertains to … END_OF_DOCUMENT_TOKEN_TO_BE_REPLACED