You are here: Home / Archives for structure 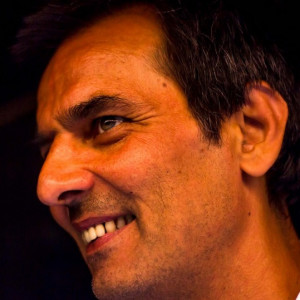 In this segment of the Sojourners, this piece, Natya Raja, comes to us from Sanjay Mandaiker.  I met Sanjay through a few  posts about his work with Esoteric Travels, of which Sanjay is the owner.  Intrigued, Esoteric Travels specializes in sacred space tours of his homeland, India. At my request he contributed this piece or architecture on symbolism and aesthetics from his unique point of view.

Natya Raja
The Cosmic Dancer, the tantric mandala, the Paragon of Symbolism Geometry and Aesthetics
by Sanjay Mandaiker

Let me begin with a little bit about its background: according to shivit tradition, the rhythm of Lord Shiva’s dance is what created the universe. Dance being an allegory for: 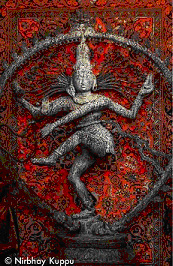 ‘Natya’ means dance, and ‘Raja’ is the word for king. The ‘Natyaraja’ symbolizes Shiva dancing on the dwarf like figure of ‘Maya’ or illusion. The toes of his raised left foot open the eyes of humanity and his left hand shows them the true nature of reality beyond the veil of terrestrial illusions, our inner sprit so to speak. Man fear’s this truth because of his futile attempts to cling to his ego.

With this realization of his true nature he is forced to lose his ego, this death of ego is akin to death itself. With his raised right hand Lord Shiva blesses the newly awakened humanity, telling us not to fear truth. For truth brings the blessings of the gods, and always triumphs in the end no matter what the adversity it may face.

He has 2 more arms, one holding the drum of creation and the other wielding flame of destruction. This can also be interpreted the other way around, as the flame is in his left hand; the creative side, and the drum is on the right, the side of destruction. According to Hindu philosophy the left side of a human being is connected with the feminine, which symbolize our creative forces. The right side is associated with the masculine nature of humanity, which fuels consciousness and comprehension.

A ring of fire, symbolizing purity, encircles the entire sculpture. The geometry of the sculpture is based on an ancient tantric mandala symbolizing the perfect balance of the feminine and masculine forces. A mandala in itself is an intricate geometrical figure that shows us the path to the sanctum of our own temple. This particular mandala is known throughout the world, used by all cultures, in Europe it is called “The Star Of David.”

The mandala is placed within a circle which symbolizes ‘the whole’, from the head to the flowing garment to the raised foot forms the upward or masculine triangle, to complete the Star of David, the grounded foot to the upraised arms form the downward or feminine triangle.

The downward triangle symbolizes our foundation or true matter, energy, intuition, life forces, senses, and creative matter. All these aspects are creative therefore move upward to the fire of Shiva’s upraised hand, but if not controlled these energies become destructive, in this case they move to the drum; this represents the duality we constantly confront in every walk of life.

The upward triangle starting at the flowing garment like a spark of inspiration moves to the raised foot opening our eyes to our true nature, it then moves upward to the head symbolic of comprehension and understanding, there by channelizing the creative forces into true creativity and not uncontrollable destructive energy.

The upraised hands, the flowing garment, and the raised foot form a square. These are the cardinal points or ‘doors of perception’ of this sculpture. They also symbolize the duality of creation and destruction, and of dreams and reality. One cannot exist without the other; the balance must be constantly maintained. One has to judge and reflect on what is more important. This is the principal of karma and dharma.

The base foot is the substance we are made of, it is our truth mixed with the spark of intuition, which reaches a point of balance. The repository of life force passes through creation and destruction, one cannot live without the other, this constitutes life in its essence.

The lifted leg is bent at the knee giving it two distinct angels and the scarf on the other side is also divided into two segments using the second angel with the top of the head and out stretched arms we find the pentagram, who’s significance would be a chapter of its own.

Maya or illusion is portrayed as a baby signifying birth, playing with a serpent or the energies of life, merged in the locks of the Lord’s hair is a skull symbolic of death, death thus shows us when the “Corps De Glorie” is achieved, death is material and insignificant.

The Serpent also symbolizes Earth element. Lord Shiva wields the element of Fire in one of his upraised hand. The sound of the Drum and the flying tresses of matted locks, represent the element of Wind. In the Lords tresses sits the mermaid like aspect of the river Ganges,representing the element of Water. The encircling flames represent ether. Thus the five elements are also represented in this truly amazing sculpture.

The traditional south Indian Bronze figurines are not made of three but five metals, Gold, Silver, Copper, Tin and Lead. The Natya Raja also follows this same tradition.

Symbolism being universal one can relate Masonry to ones own beliefs or aspirations; this in my opinion is also the essence of Hinduism. I correlate the two, which helps me, gain a better understanding of life, Masonry, and Hinduism.

The “NATARAJA” form of Lord Shiva, or the Lord of Dance, is to me the most precious of them all. I relate this perfectly captured essence of Shiva to the fundamentals of our initiation: The Three Lights, The Seven Liberal Arts, and Alchemy.

The Coaches Coach by Dr. John S. Nagy from WEOFM

Br. John Nagy has been a friend of FmI for a while. You may remember his from his past appearances on the Masonic Central pod cast.

He is the author of the Building… series of books, and his blog Building Builders.

This video below comes from the World Wide Exemplification of Freemasonry, in which he speaks about the Masonic Paradigm which he says is different that what most might be familiar with that will enlighten the viewers Masonic endeavor – called Building Builder.

its a great intro into Masonic leadership from both sides of the learning curve: those being lead and those leading them. Its a great listen for quite literally Building Builders.

The Coaches Coach from WEOFM on Vimeo.

Many thanks to the Grand Lodge of Indiana for their work in the Worldwide Exemplification of Freemasonry.

END_OF_DOCUMENT_TOKEN_TO_BE_REPLACED

Raised to a Master Mason in 1908, at Harmony Lodge No. 17 in Washington, DC, Carl H. Claudy  served as the Master and eventually as Grand Master of Masons … END_OF_DOCUMENT_TOKEN_TO_BE_REPLACED

In this final installment of the Faith Hope and Charity series, we consider the symbolism of charity, or perhaps better called love. It is this attribute that … END_OF_DOCUMENT_TOKEN_TO_BE_REPLACED

In this installment of the Symbols and Symbolism of Freemasonry, we examine the text of Albert Mackey's Encyclopedia of Freemasonry on the symbolism of … END_OF_DOCUMENT_TOKEN_TO_BE_REPLACED

In this installment of the Symbols and Symbolism of Freemasonry, we consider a reading of Albert Mackey's text on the subject of Faith as it pertains to … END_OF_DOCUMENT_TOKEN_TO_BE_REPLACED